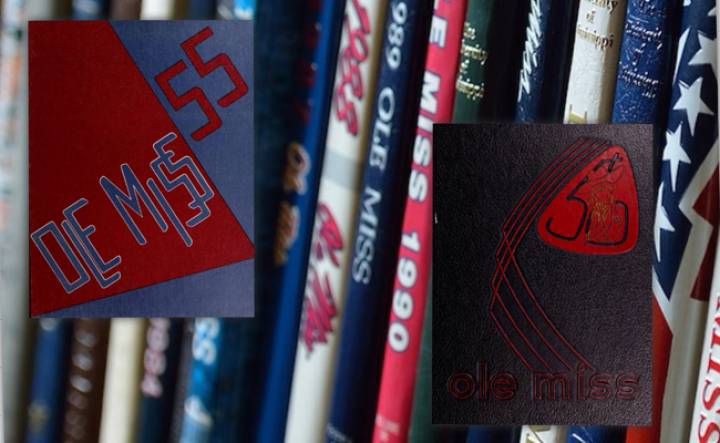 The UM Classes of 1955 and 1956 created scholarship funds upon their 50-year reunions. The UM Foundation hopes future reunion attendees will follow suit, and is offering matching funds.

Two former graduating classes of the University of Mississippi, upon celebrating their 50th class reunions, have chosen to dedicate gifts that will have a long-lasting effect on their alma mater – scholarship endowments that will serve lower-income Mississippi students. The UM Foundation hopes that future reunion classes will follow suit.

The Classes of 1955 and 1956 raised approximately $12,500 at each of their reunions. The gifts will allow two additional scholarships to be awarded each year from the Ole Miss Opportunity (OMO) fund, thereby realizing a path to higher education for two additional deserving Mississippi students. Established by Chancellor Dan Jones and Provost Morris Stocks in 2010, OMO is just one way the university remains steadfast in ensuring access and affordability to Mississippi students, regardless of income.

"We realize that tuition increases create hardships, but we don't want to decrease access to higher education for our neediest students," said Chancellor Dan Jones. "The Ole Miss Opportunity scholarship initiative increases access and supports IHL's goal to increase the number of baccalaureate degrees in our state."

The Class of 1955 and 1956 funds grew as members made additional gifts following the reunions, yet neither fund was capable of reaching an endowment level in forthcoming years. That's when Wendell Weakley, UM Foundation president and CEO, offered to provide matching funds and pair the scholarships with the OMO initiative. Realizing a worthwhile trend for the scholarship fund, the UM Foundation has declared the intent to match future class gifts to OMO up to $25,000.

"In talking with our class reunion representatives, it was clear that they wanted to support our Ole Miss students," said Weakley.  "As we talked through ideas, the Ole Miss Opportunity Initiative seemed to resonate with their desire to help. We were able to use matching funds that had been raised for Ole Miss Opportunity to establish these endowments that remember the Classes of 1955 and 1956 and support students for generations to come. It is truly a win-win for all and a unique generational show of support."

Wallace Davenport of Houston, Texas, a member of the Class of 1955, was pleased his reunion class chose to dedicate a scholarship, and has been giving to the fund annually. "We had heard that many classes make a gift to the university upon their fiftieth reunion, so we decided we'd ante up," said Davenport. "Since our reunion in 2005, some of us have continued adding to it."

Like many students coming to college, Davenport had a small scholarship that enabled him to attend UM in 1953. Attending a small college in Arkansas on a teaching scholarship at the time, Davenport realized he wanted to pursue a different degree but his scholarship would not support it. A classmate from high school enrolled at Ole Miss invited him to visit.

"I met with Dean Dunham in the business school and he was very encouraging," said Davenport. "He told me I might need an extra course or two, but that a transfer would absolutely be possible. It was a more welcoming reception than I had encountered at other schools when inquiring about transfer. However, when I told him that the out-of-state fees might be problematic, he helped me find a scholarship to defer those costs."

Davenport has been a loyal and giving alumnus since graduating. A long-time supporter of the Patterson School of Accountancy, the Pride of the South Band, Ole Miss Athletics, J.D. Williams Library and other UM scholarship funds, Davenport called supporting this scholarship endowment with his fellow graduates a no-brainer.

"I think this is something all classes should consider. Scholarships have a lasting effect that can outlive a physical monument and are quite worthy as receiving scholarship, even a partial one, is often the difference between a student going to college or not."

Roger Friou of Ridgeland, Miss., attended the Class of 1956 reunion in 2006. Friou said he and his classmates shared the same sentiment.

"We thought the best way in the world to do something for Ole Miss and to honor the Class of 1956 was to establish a scholarship," said Friou, who like Davenport, is also an accountancy graduate and ardent scholarship donor.

"We are pleased to have this matching arrangement so that the Class of 1955 Scholarship can now be awarded," Davenport added. "It's nice when you can give back in a way that not only recognizes where you came from but also looks toward the future."

"I would suggest this same route to every class," Friou concurred. "Put your gifts with the UM Foundation in a similar fashion. It will help the university in more ways than you know."

Individuals and organizations interested in making a gift to the Class of 1955 or Class of 1956 Ole Miss Opportunity Endowment or establishing a new endowment can send a check with the fund noted in the memo line to the University of Mississippi Foundation, 406 University Avenue, Oxford, MS 38655; contact Suzanne Thigpen at 662-915-6625 or sthigpen@olemiss.edu; or visit www.umfoundation.com/makeagift.