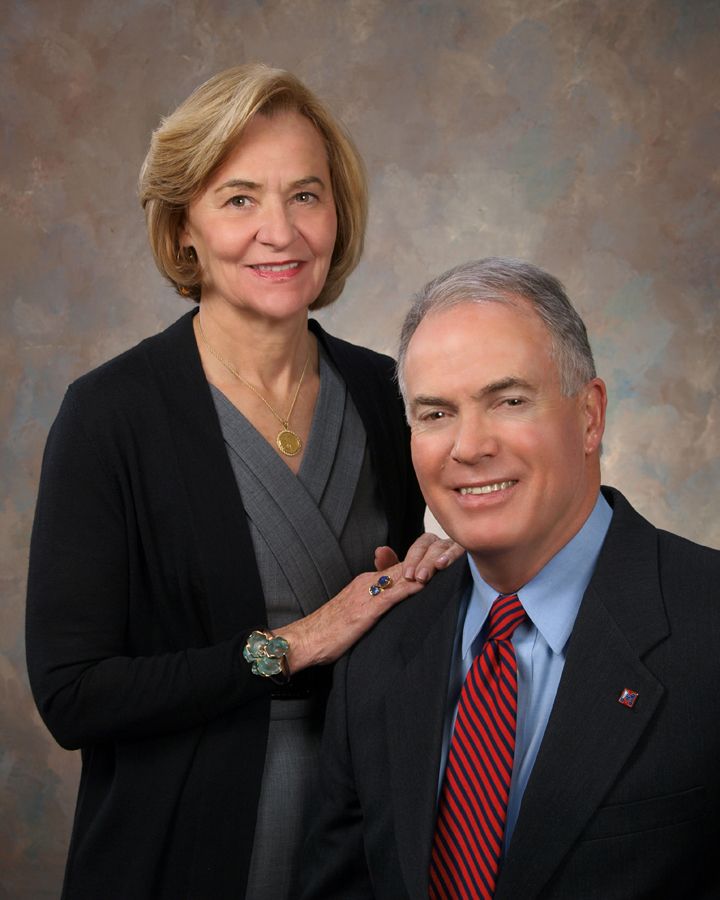 As an entering freshman at the University of Mississippi, George Byers was undecided about what field of study he wanted to pursue. To his good fortune, he met John G. Douglas, then chair and professor of geology and geological engineering.

"Dr. Douglas' global experience as a petroleum geologist, his personal attention to students and his dignity as a gentleman all struck me just the right way," said Byers, vice president of government and community relations for Rare Element Resources in Lakewood, Colo. "He encouraged us to follow his profession, and kept a sense of humor about the classroom and our work that we appreciated."

Byers graduated from Ole Miss with an undergraduate degree in geology and Spanish and a Regular Army commission through ROTC. He served in the 82nd Airborne Division at Fort Bragg, in Vietnam as an infantry officer and Pathfinder Detachment commander, and then back to Fort Bragg for more than two years at the 18th Airborne Corps headquarters.

"I returned to Ole Miss in the spring semester of 1974 and got quite a few hours of geology and geological engineering, but finished with a master's of urban and regional planning in 1975," Byers said. "Nancy (Byers' wife) and I became reacquainted with John and (his wife) Violet, when I returned to Ole Miss for grad school."

In acknowledgment of Douglas' impact upon his life and career, Byers and his wife began contributing to the John and Violet Douglas Endowment for Geology and Geological Engineering. Their combined donations total about $34,000 since their initial gift seven years ago.

"I became aware of the endowment thanks to Cathy Grace (UM geology lecturer) and Greg Easson, who was chair of the department when we made our first contribution," Byers said. "The instruction at Ole Miss taught me the importance of being precise and believing in your instruments and technology. This is something I learned as a graduate student investigating heavy mineral concentrations. The experience at summer geology camp in Colorado in 1968 was a significant factor in my decision to work in the American West."

The Byers' generosity is both known and appreciated by those within the geology and geological engineering department.

"George has not only been excellent financial help, he has also been very instrumental in helping students find jobs," said Easson, director of the Mississippi Mineral Resources Institute (MMRI) and geology professor. "He has provided his professional contacts' phone numbers to students and told them to use his name in their interviews. At least 10 students have obtained employment in the mining industry through George's influence."

Noting his service on the School of Engineering advisory board and MMRI board, Grace said of the alumnus, "He's very, very generous in giving of himself to our students whenever he visits here. "George is a wonderful friend of the geology department."

Following Douglas' mentorship, Byers began a more than 37-year career in the minerals and energy industries. Now he is part of Rare Element Resources' effort to develop the next world-class rare earth district in the Bear Lodge Mountains of northeast Wyoming.

"This high-grade, critical rare earth project will become only the second primary rare earth in the Western Hemisphere and only the third non-China mine of its type in the world when production begins in 2016," Byers said. "Ole Miss geology and geological engineering summer field camp students have been briefed and given site tours of our Bear Lodge Project over the last several summers. Their summer field camp at the South Dakota School of Mines & Technology is in the South Dakota Black Hills, only a few miles from our most unique mining project, which truly has national and international geopolitical importance."

Prior to working for Rare Element Resources, Byers served as vice president of regulatory affairs at the coal mining affiliate of Public Service Co. of New Mexico, and for 17 years was vice president of public affairs and communications for Santa Fe Pacific Gold Corp. prior to its acquisition by Newmont Mining Corp. He has also held executive positions with Newmont Gold Co. and in the uranium industry with Rio Algom Mining and with Cameco Corp.'s U.S. uranium production unit. He has been called to testify before various congressional committees more than 20 times.

A trustee and 2009 president of the Northwest Mining Association – a 118-year-old, 2,300-member nonprofit, nonpartisan national trade association with members in 43 states, nine Canadian provinces or territories, and six other countries – Byers is a recipient of its 2010 President's and 2011 Life Member awards. He also serves on the board of directors of the Mountain States Legal Foundation and the Citizens' Alliance for Responsible Energy and the government affairs board of the Society for Mining, Metallurgy and Exploration. He is a past board member of the New Mexico, Nevada and California Mining associations.

The Byers have two adult sons, Jeff and Matt.

For more information on providing private support to the UM School of Engineering, contact Kevin Gardner, development officer, at 662-915-7601 or kevin@olemiss.edu.