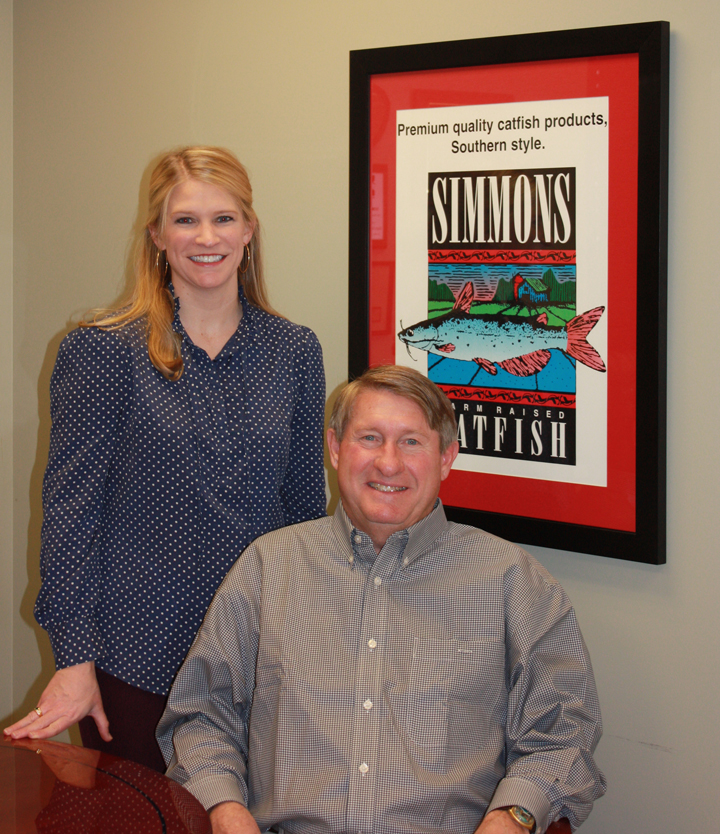 The mission of the SFA, an institute of the University of Mississippi's Center for the Study of Southern Culture (CSSC), is to document, study and celebrate the diverse food cultures of the changing American South.

Harry Simmons Jr. is the founder and president of Simmons Catfish. A graduate of Mississippi State University, he began to farm catfish in 1976 following a period of service in the National Guard. In 1982, he founded Simmons Farm Raised Catfish, integrating an on-site processing facility into his existing farming operation.

Of the company's gift to the SFA, Simmons said, "With catfish being fundamental to Southern cooking and the core of my family's business, I am pleased to support the SFA in its work. SFA uniquely promotes Southern culture and traditional foods, making our relationship a perfect fit."

Simmons' daughter Katy Simmons Prosser is the director of marketing for the company and a 2004 Ole Miss alumna. "I always admired the SFA's work while I was attending the University of Mississippi, and I continue to be inspired by their efforts. Simmons Catfish is honored to support the SFA and excited to be involved in its mission. Catfish and its place in Southern culture is something we are very passionate about here at Simmons," she said.

Simmons joins the Viking Range Corp. as the SFA's second Mississippi-based corporate donor. Of the Mississippi connection, SFA director John T. Edge said, "Over the last decade, the SFA has built a nationwide following for our documentary work. But we're still, at our core, a Mississippi organization. The support of Simmons Catfish, a company whose work we admire, is a great vote of confidence."

The SFA – a member-supported institute based at the CSSC since its 1999 founding – directs an annual Southern Foodways Symposium, as well as numerous lecture series, film screenings and other events. The SFA's oral history program, widely recognized as the most innovative in its field, has collected almost 800 interviews, while the SFA film initiative has produced more than 30 films.

In recent years, the SFA has expanded its work into UM classrooms on the Oxford campus. For the second year, the organization is hosting a postdoctoral fellow to teach food studies classes and has partnered with the College of Liberal Arts to endow a foodways professorship beginning in 2014.

Individuals and organizations can make gifts to support the Southern Foodways Alliance by mailing a check with the alliance noted in the memo line to the University of Mississippi Foundation, 406 University Avenue, Oxford, MS 38655; visiting www.umfoundation.com/makeagift; or contacting Nikki Neely, development officer, at 662-915-6678 or nlneely@olemiss.edu.

The Center for the Study of Southern Culture at UM investigates, documents, interprets and teaches about the American South. CSSC emphasizes academic programming as the foundation of its work, offering both undergraduate and graduate programs in Southern studies through more than 60 courses taught by faculty in 10 departments. CSSC houses two institutes, the Southern Foodways Alliance and the Media and Documentary Projects Center. For more information, visit www.olemiss.edu/depts/south or www.facebook.com/SouthernStudies. For more information about the Southern Foodways Alliance, visit www.southernfoodways.org.