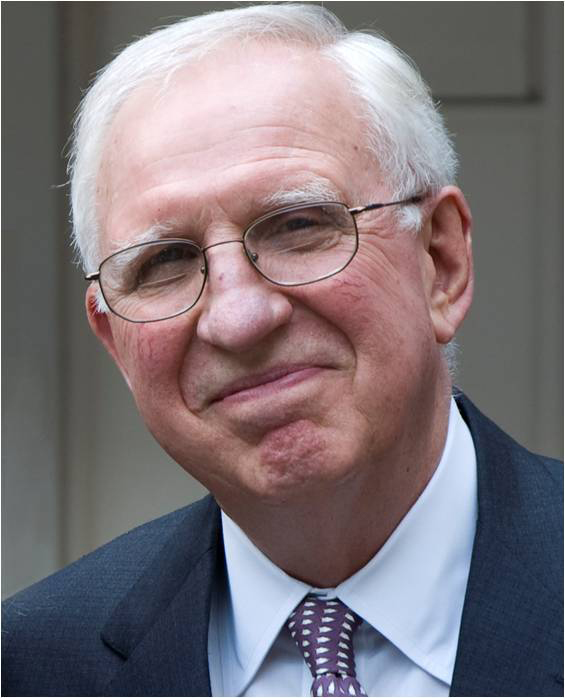 James McMullan of Lake Forest, Ill., embraced his Southern roots, even when his career took him to Chicago for most of his adult life. The legacy he built at the University of Mississippi reflected the value he placed on his vision for the study of the South within liberal arts and higher education. McMullan passed away in April, with his and wife Madeleine's last major gift supporting the Oxford Conference for the Book Endowment. His support and involvement at his alma mater helped propel the university's Center for the Study of Southern Culture to national prominence, said CSSC Director Ted Ownby.

"Jim and Madeleine McMullan have been extraordinary leaders in supporting and encouraging support for the university and especially for the Center for the Study of Southern Culture. Their clearest contribution came when they formed the McMullan Professorships in Southern Studies, allowing us to move from having four faculty to six and to expand into new areas. They also helped in significant ways with endowments for the Future of the South and the Oxford Conference for the Book, and in many ways they encouraged support for Southern Studies faculty and students.

"Jim asked straightforward, clear questions and listened to and discussed the answers, and he always encouraged the center to have high standards and ambitions. He clearly enjoyed thinking about the range of issues and people that are part of Southern Studies, and he loved to hear about what we were doing and planning. I love that he had Faulkner photographs on the walls of his office in Chicago. Southern Studies gatherings were always better when he and Madeleine, their daughters Carlette and Margaret, and their families could attend. They all brought great energy to any situation with their curiosity and sheer enthusiasm," Ownby said.

The McMullans recruited new friends and donors for the center, attended many its programs and assisted in countless other ways. Their daughters became involved, too, with Carlette McMullan, a principal at William Blair & Company, joining her parents on the Center Advisory Committee and Margaret McMullan, an author and a professor at the University of Evansville, making presentations on literature and writing at center programs.

The McMullans' financial support and public leadership on the center's behalf have been significant.

"Jim McMullan lived a life that made a difference," said UM Chancellor Emeritus Robert Khayat. "Jim and Madeleine both had a deep understanding that at the very core of a university is the faculty, and ensuring the recruitment and retention of top-quality faculty is absolutely critical to our academic reputation. They wanted to be helpful, and their gift creating professorships came at a pivotal time in the Center for the Study of Southern Culture's development.

"Jim was smart, successful, well traveled and well read," Khayat continued. "He had a great interest in everything. He was a supporter of the Chicago Symphony, and yet when I invited him to meet me in Nashville to visit some famous country music songwriters and tour the Grand Ole Opry, he got on a plane. He seemed to thoroughly enjoy the experience."

McMullan worked in the securities business for 50 years, 41 of which were as a partner with William Blair & Company in Chicago. Carlette McMullan joined the firm as a financial adviser in 1989, forming with her father the McMullan team, which managed investment portfolios for private clients.

McMullan was born in Lake, Miss., and raised in Newton. He graduated in 1956 from Ole Miss with a finance degree. While visiting his sister Sarah in Washington, D.C., he met Madeleine Engel de Janosi from Vienna, Austria, who lived in Washington and worked with the CIA. Three days later, he proposed marriage to her in U.S. Sen. James O. Eastland's car, and the two were married for 54 years. Sen. Eastland and McMullan's father, Milton, were roommates at Ole Miss.

Maintaining lifelong ties to both Mississippi and to Chicago, McMullan was involved in many philanthropic efforts. In addition to serving on the CSSC's advisory board, he was a board member of the UM Foundation and a director of the Eudora Welty Foundation Board. When the McMullans' second home in Pass Christian was lost in Hurricane Katrina, they rebuilt and donated generously to the Red Cross and the Pass Christian fire station and library.

The McMullans provided college scholarships for more than 24 students at Newton High School and scholarships at Millsaps College, where Madeleine once taught. They also established a faculty chair and endowed a laboratory at Rush University Medical Center in Chicago.