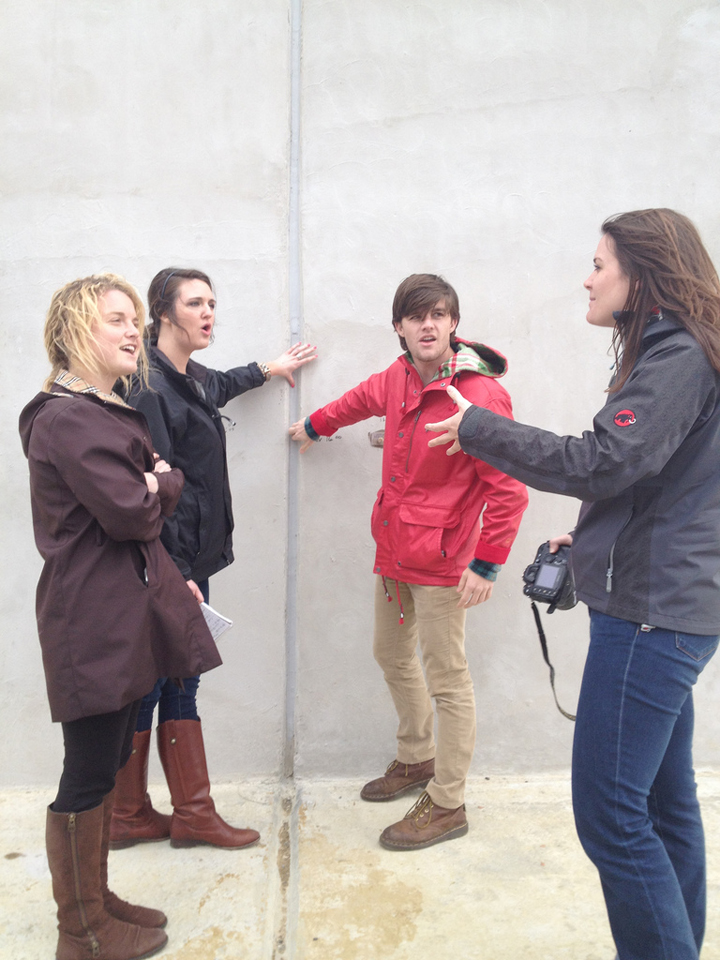 An anonymous planned gift to the Meek School of Journalism and New Media at the University of Mississippi will help prepare the next generation of journalists for the rigors of in-depth reporting, as the newsgathering profession evolves rapidly due to the Internet and the soaring popularity of mobile devices.

The majority of the gift is directed to establishing an endowment that provides income to support the Depth Reports, a capstone experience for Ole Miss journalism majors. A portion of the gift is also designated for journalism scholarships.

Will Norton, dean of the Meek School, has overseen the development of the Depth Reports program. Now in its third year, the program empowers journalism students to probe deeply into topics of statewide and national importance and produce an annual publication with articles that delve beyond the superficial, exploring the root causes of socioeconomic problems and possible solutions.

The program's first publication, "The Roads of Broken Dreams: Can a New Delta Arise from the Rot of the Old South?" won the Robert F. Kennedy Journalism Award in the college print category in 2011. The second report dealt with issues in Greenville, Miss., and the third focuses on the Mississippi River a year after its biggest flood in recorded history. Bill Rose, an adjunct journalism professor and senior fellow at UM's Overby Center for Southern Journalism and Politics, supervises the students and manages the creation of the publications.

"In-depth journalism is tough for professionals," said Rose. "By teaching it to students, we are giving them a powerful advantage when they go to apply for jobs in today's professional news media."

The importance of depth reporting in UM's preparation of future journalists was established by Norton, who served as the chair of UM's journalism department before becoming dean of the College of Journalism and Mass Communications at the University of Nebraska-Lincoln in 1990. Upon his return to Ole Miss as the Meek School's founding dean in 2009, the program became a high priority.

"This is a program similar to the depth reporting program which Dean Neal Copple established years ago in the Midwest," Norton said. "It placed the University of Nebraska on the map as a quality school for reporters. We reinvigorated that program during our time at Nebraska, and I told Provost Morris Stocks that I would return to Ole Miss if we were permitted to develop such a program."

The donor expressed admiration for Norton and the Depth Reports program. "I have a lot of respect for Norton and what he's doing with the program," the donor said. "It provides a unique educational experience for the students, taking them out into the field and giving them a first-hand look at significant issues and events around the state. This type of hands-on experience is really useful for news gatherers."

The program is also important because the future of journalism "will require much more detailed, behind-the-scenes, analytical reporting," the donor added.

Funds from the endowment will help cover travel expenses for students working on the Depth Reports. Such gifts have become increasingly important as universities continue to deal with major budget cuts, Norton noted.

"It used to be that we could say that such gifts provide a margin of excellence," he said. "Now, with less than 16 percent of the budget being from state-appropriated funds, we have to say that such gifts are essential for a quality program. Indeed, without private funds, a journalism program in a public university will not be able to survive in the years to come."

John Festervand, director of development for the Meek School, explained that this planned gift is the end product of visits with the donor exploring ways to match his interests and passions with needs at the university. "We are extremely grateful for this generous gift to support a program that's having such a dramatic impact on students' journalistic training. It is our goal to connect donors to academic programs that are meaningful to them. We believe this donor is pleased with his decision and will follow students' progress in this exceptional program that his gift will strengthen," he said.

The Depth Reports Endowment is open to receive gifts from individuals and organizations by sending a check with the fund noted to the University of Mississippi Foundation, 406 University Avenue, Oxford, MS 38655; contacting John Festervand at 662-915-1757 or jfestervand@olemiss.edu; or visiting www.umfoundation.com/makeagift.