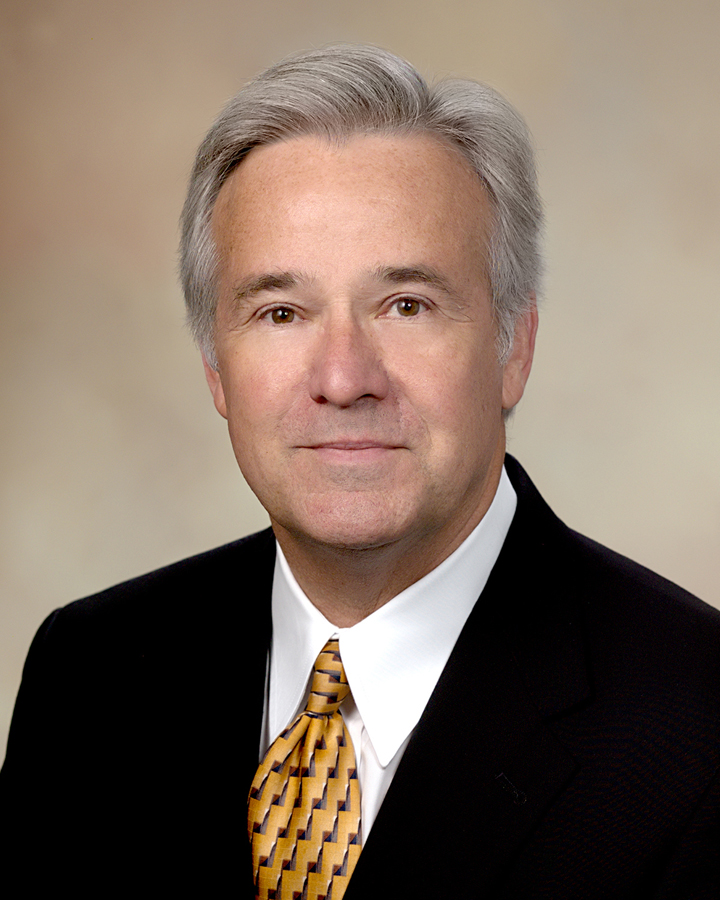 Jim H. Eley is not a graduate of the University of Mississippi, but as a Mississippi businessman, the principal of Eley Guild Hardy Architects understands the responsibility to give back to his home state.

To this end, Eley Guild Hardy Architects has created a $25,000 unrestricted endowment for the university's Gertrude C. Ford Center for the Performing Arts.

A native of Terry, Eley said that his firm has always had in interest in supporting Ole Miss and has for many years.

"My wife and I are proud to be longtime supporters," Eley said. "Yes, we could have donated more to athletics, but we decided the arts are just as important to a student's education.

"I'm from a small town, and many young people from small towns don't get a chance to discover the arts at a young age. That's why having the Ford Center is so important to the state."

And, since his Jackson-based firm designed the three-story Ford Center, Eley said it is important to him and his wife, Leigh, a 1975 Ole Miss graduate, to help ensure the facility remains a showpiece for the state and future generations of students.

"Ole Miss is committed to education, research and service, but it is also dedicated to providing Mississippians with the best in fine and performing arts that connects you to the bigger world," said Eley, a 1968 graduate of Auburn University. "It was a pleasure for me to be involved in the construction of the Gertrude C. Ford Center at Ole Miss. It is even more of a pleasure for me to be able to provide for its upkeep."

Besides the new endowment established by his firm, Eley and his wife are members of the Friends of the Ford Center, which sponsors annual events to raise funds for the Ford Center.

The Ford Center opened in March 2003 with an inaugural gala hosted by Academy Award-winning actor and Mississippi native Morgan Freeman. It continues to host an average of 150 events annually, with performances by Vince Gill, the Emerson String Quartet, Marvin Hamlisch, Vienna Boys Choir and many others, plus national tours of Broadway hits "Hairspray," "Oklahoma," "Young Frankenstein" and "Spamalot" to date.

"When a donor chooses to name an endowment, it represents a very special relationship – one of trust and confidence," said Norm Easterbrook, Ford Center director. "We are very grateful to Mr. and Mrs. Eley for this generous gift. Endowment giving is very important to the future of the Ford Center and this is a gift that will lead others to make similar gifts."

Besides designing the Ford Center, Eley Guild Hardy Architects also was responsible for several design and renovation projects on campus, including the Robert C. Khayat Law Center, J.D. Williams Library and Conner Hall, home to the Patterson School of Accountancy. The firm also designed Ole Miss' residential colleges, the first in Mississippi where students benefit from faculty mentors in a learning environment modeled on Oxford and Cambridge universities.

Eley and his wife have three children: Caroline, who is slated graduate in May from the UM School of Law; Genevieve, a Rhodes College graduate who works as a CPA with the state Department of Medicaid in Jackson; and John, who is working on a doctorate in medical physics at M.D. Anderson in Houston.

Individuals and organizations interested in supporting the Gertrude C. Ford Center for the Performing Arts can send a check with the fund noted to the University of Mississippi Foundation, P.O. Box 248, Oxford, MS 38655; visit www.umfoundation.com/makeagift; or contact Michael Upton, development officer, at 662-915-3027 or mupton@olemiss.edu.