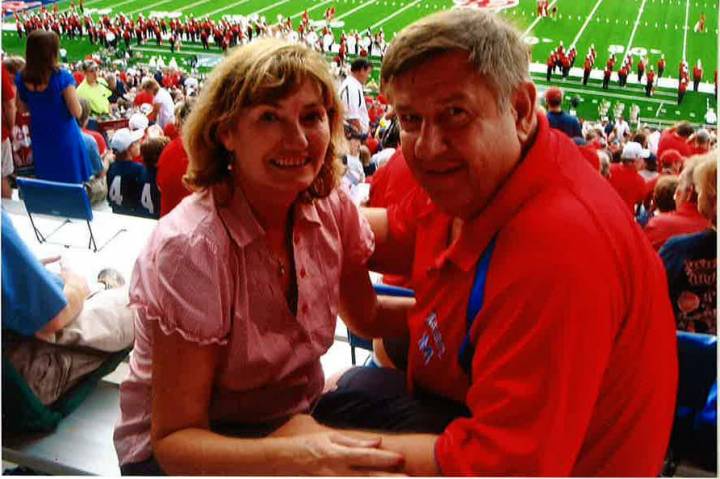 (OXFORD, Miss.) – Business professionals Michael and Jane Strojny of Biloxi have remained committed to their alma mater, the University of Mississippi, for more than four decades. When they learned of the initiative to build resources for faculty support, they stepped forward with a generous gift.

The Strojny Faculty Support Endowment will provide funds for salary supplements, research, creative activity and program support in the UM School of Business Administration. The gift – added to others they have made to establish business school scholarships – is their continuing tribute to the career preparation they received as students as well as to the help they were given as young alumni.

After the two graduated from Ole Miss, Michael Strojny completed service as a Green Beret in the U.S. Army during Vietnam. Since the nation was experiencing an economic downturn, the Strojnys traveled to different parts of the country, but no jobs were to be found. Michael called then-Professor and Dean of Men Frank Moak, who said, “Come on home, Mike. We’ll help you.” The couple returned to Oxford where university contacts had lined up several job interviews, resulting in a job and a future.

“I made a vow, then, never to leave Mississippi,” said Michael, a native of Washington, D.C. Michael and Jane founded Strojny & Strojny Financial Services on the Mississippi Gulf Coast. “Ole Miss gave both Jane and me a great start in life. Ole Miss people networked and helped us build our business. We feel we owe it to the university to help others benefit from the same educational and support opportunities.”

Michael said he and Jane share a goal of strengthening the School of Business Administration for future generations.

“The business school is very important to us, and we want to give back to the school for putting us on the right track. I asked the business dean what would help the school, and the answer was faculty support. Providing faculty support may not be as glamorous as other means of support, but to compete with other universities, Ole Miss must have resources to hire outstanding faculty. Students benefit from great faculty – just as Jane and I did – and we want to help meet this need,” he said.

The couple’s longtime support has already made an impact on the business school.

“Jane and Mike Strojny have gone above and beyond to mentor and engage our students and therefore provide value that will serve them well the rest of their lives,” said Ken Cyree, dean of business administration. “Likewise, their recognition that faculty provide valuable education to ready our students to compete in the marketplace is both inspiring and laudable.

“We are extremely appreciative of their commitment and of the impact that their gift will have in providing the margin of excellence in the business school. Their generosity will help us attract and retain great faculty, who will prepare our students for meaningful careers. We value Jane and Mike’s friendship and are grateful for their support of the business school and of Ole Miss,” the dean said.

Michael Strojny earned an undergraduate degree in business administration from UM and later received a master’s degree from the University of Southern Mississippi and a specialist’s degree from William Carey College. Jane Strojny earned an undergraduate degree in education from UM and a master’s in education from USM. The two met as Ole Miss freshmen, when one of Michael’s friends sought his help in asking Jane for a date – only, Michael and Jane ended up dating.

Strojny & Strojny Financial Services – which offers a broad range of services, including tax consulting and compliance, and accounting and business consulting as well as other financial services – has offices in Biloxi, Gulfport, D’Iberville, Ocean Springs, Poplarville and Mobile, Ala. Clients range from institutions in the technology, manufacturing, non-profit, financial, real estate development, management and service industries to local businesses and individuals. The couple started the business in 1975 at their kitchen table, where they first worked on the tax returns of friends and neighbors. Before that, they were teachers, a role that also influenced their decision to support faculty.

“We find it unfortunate that teachers are typically paid less than other professionals,” said Jane Strojny, a native of Pontotoc County.  “It is difficult to recruit the ‘best and the brightest’ in a field that sorely needs them when pay is under par.”

Another inspiration for their gift is their great affection for Ole Miss.

“We met and fell in love at Ole Miss,” Jane said. “Our daughter met her husband there. Mike and I have attended at least one football game a year since we graduated, even when Mike was in Vietnam. Now we fly our plane to almost all the games, own a condo there and hang out in Oxford and in the Grove with our family and friends. Our tent site near the Lyceum won a generator for being one of the best tailgates last football season, mainly due to the contributions of our Oxford friends.”

The Strojnys have two grown children: Daughter Jennifer, who holds a master’s in business administration from Ole Miss, and her husband, Kerry Milligan, both work at Strojny & Strojny. Kerry is a certified financial planner. Son Michael, a graduate of the Citadel, works for Boeing in Charleston, S.C.  His wife, Elizabeth, is a registered nurse. The Strojny grandchildren are Grace Milligan, 4; Collin Milligan, 2; William Strojny, 9; Jackson Strojny, 8; and Nicholas Strojny, 6.