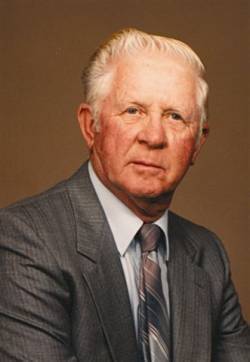 OXFORD, Miss. – University of Mississippi alumnus Stephen Rowell has honored the memory of his father by creating the William Paul Rowell Scholarship Endowment with a gift of $100,000.

Rowell said he learned the value of hard work from his father, an entrepreneur. The elder Rowell attended Mississippi State University for one year before leaving to start his own business. He began in the grocery and restaurant business before finding success in the dry cleaning, cattle farming and construction industries. Although running his companies left him little time to finish his degree, he knew the value of a formal education and encouraged young people he met to further their education.

“My father always tried to help kids by giving them summer jobs to earn money for their education,” Steve Rowell said. “Later in life he practiced random acts of kindness where he could. One particular moment that stands out in my mind occurred on a pheasant hunting trip in Clearfield, Iowa. Our hunting guide, who we had used for the past two years, had run into a bit of bad luck, as his wife had left him with two young children. When we left to go hunting we saw his children playing barefoot in the snow. When my father found out they didn’t have much money, he gave our guide $500 to buy shoes and clothing for his children.

“They say the measure of man can be determined by the acts of kindness that are done by him when there is absolutely no way he can benefit from that act. My father was one of those outstanding people whose legacy should be remembered. He was one of the ‘good guys’ and that’s the reason this scholarship was created in his memory.”

Both father and son are natives of Heidelberg, in Jasper County. Scholarship recipients will be full-time freshmen and selection will be based on need and community service. First preference will be given to students from Jasper, Rankin or Madison counties.

Although he attended MSU, the elder Rowell was an avid Ole Miss football fan, and he enjoyed attending games in Jackson and bowl games.

“He was one of Archie Manning’s biggest fans, not just because Archie was a good athlete, but because he was a man of character,” Rowell said. “He would be proud to know that I’ve had the pleasure of meeting Archie and that all the things he believed about Archie being a good guy are true.

“He would be especially proud to know that his hard work is still paying dividends in the form of this scholarship. The work ethic he instilled in me is the reason that I was able to create this endowment. One my father’s favorite quotes was, ‘Education is a good thing—as long as we don’t try to use it as a substitute for work.’ ”

Steve Rowell earned a degree in accounting from Ole Miss in 1978, but later followed in his father’s footsteps by starting his own business. He now owns Flagstar Construction, a commercial construction and general contracting firm in Brandon.

“We are incredibly grateful for this gift from Steve Rowell,” said Debbie Vaughn, assistant vice chancellor for university relations and executive director of university development. “This scholarship will make a meaningful difference in the lives of Ole Miss students.  We appreciate the generous support of our alumni and we are proud to have Steve Rowell as a member of our Ole Miss family.”

“Ole Miss is something that runs in your blood,” Rowell said. “It’s a special feeling that you feel when you come back to the Grove or go to the Square. I’m glad to be able to give something back.”

Rowell’s gift is part of the university’s MomentUM campaign, a four-year initiative to raise $200 million. Funds raised through the campaign, which ends in December 2008, will support scholarships, graduate fellowships, faculty support, a basketball practice facility, residential colleges and a new law school on the Oxford campus. Also in the plans are a cancer center at the UM Medical Center and a new building to house the School of Pharmacy, both in Jackson.

For more information on making a gift to the University of Mississippi, visit http://www.umf.olemiss.edu/makeagift.