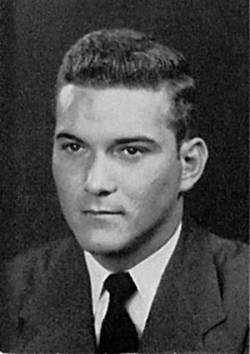 OXFORD, Miss. – University of Mississippi alumnus Creighton Wilson of Gainesville, Fla., has created the Dr. Creighton L. Wilson Scholarship Endowment at UM with a gift of $100,000.

"I wanted to repay Ole Miss for all it has done for me," Wilson said. "Although I don’t get back to Oxford much, I still have Ole Miss blood in my veins."

The endowment promises to provide a permanent source of scholarship support to deserving Ole Miss students.

"I hope this scholarship will help students who need it most," Wilson said. "When I think back, I had to work my way through college. I just don’t want students to have to struggle like I did."From his humble beginnings growing up on a farm in Lambert, Wilson entered Ole Miss in 1944 at age 14. At the time, he was the youngest freshman ever to enter the university, where his nickname became Little Flea because he was just 4 feet 10 inches tall and weighed only 90 pounds.

Wilson remembers struggling to make ends meet as a student, often eating tomato sandwiches for lunch when money ran out at the end of the month. He credits much of his success at Ole Miss to Malcolm Guess, then dean of men, who gave him a job on campus.

"Dean Guess knew I didn’t have much money, so he gave me the job of fire marshal of the third floor of the YMCA building, and with the job came a free room," he said.

"This generous gift reflects the dedication and commitment of Dr. Creighton Wilson to the University of Mississippi," said Wendell Weakley, president of the UM Foundation. "We are profoundly grateful for his support and for helping create more opportunities for Ole Miss students."

Wilson comes from a long line of Ole Miss alumni. His father, C.L. Wilson, and his three brothers, Robert, Albert and George, all graduated from the university.

Wilson’s gift is part of the university’s MomentUM campaign, a four-year initiative to raise $200 million. Funds raised from the MomentUM campaign, which ends in December 2008, will support scholarships, graduate fellowships, faculty support, a basketball practice facility, residential colleges and a new law school on the Oxford campus. Also in the plans are a cancer center at the UM Medical Center and a new building to house the School of Pharmacy, both in Jackson.

For more information on giving to UM, visit http://www.umf.olemiss.edu/giving.