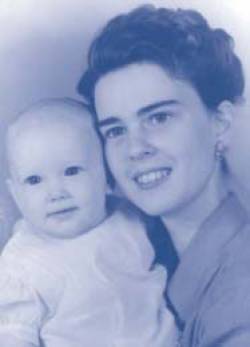 Ole Miss announces that a scholarship honoring former Sardis residents Mary Jane Short Wilson and her husband, the late Edward R. “Brut” Wilson, has been established at the University. Beginning in the fall of 2001, a qualifying student, male or female, from Panola County will be awarded an annual scholarship of $5,000, generated from a $100,000 gift donated through the Women’s Council for Philanthropy.

Longtime residents of Como and Sardis, the couple married shortly after high school. Soon after, Mr. Wilson volunteered in the military and served overseas during World War II, returning home to work as a rural mail carrier. The subsequent illnesses of Mr. and Mrs. Wilson prevented the continuing of their own formal educations; but it became their top priority for their children, a daughter who graduated from Ole Miss with a B.A. and master’s in education and a son who graduated from The University of Mississippi Medical Center in Jackson with a doctorate in anatomy and a medical degree. University scholarships, grants, and graduate assistantships made all of this a reality.

“With my husband’s encouragement, I wanted to establish this scholarship in honor of mama and in memory of papa,” their daughter said. “They valued education, and we are all grateful for the help and kindness my brother and I received at Ole Miss.”

The Wilsons participated in church and civic activities throughout the county, began a low-income housing project, and quietly gave to many people in Panola County. Mrs. Wilson, now of Birmingham, Alabama, fondly remembers the family, friends, and good life they had there. So it naturally follows that an undergraduate or graduate student from this area will be the annual beneficiary of this Ole Miss Women’s Council Scholarship.

Mrs. Wilson’s daughter attended the first meeting of the Women’s Council, was attracted by the unique mentorship of this program, and realized this as the best opportunity for her to give back. The scholarship program began last year with the formation of the Ole Miss Women’s Council, a group of 25 women with Ole Miss connections who promote philanthropy and sponsor programs to develop outstanding leadership qualities in students. Each council scholar will be assigned a mentor from the Ole Miss community to guide the student in developing a career path and networking with alumni and other professionals. Each recipient also participates in seminars developed through the University’s Lott Leadership Institute and meets monthly for small-group discussions.