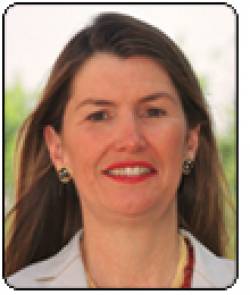 Rachel McPherson of New York learned the ropes of documentary filmmaking the hard way: on-the-job training in one of the world’s toughest cities. That’s why she is so excited about joining The University of Mississippi’s Ole Miss Women’s Council for Philanthropy and being one of its first sponsors.

McPherson chose the council because its scholarships entail much more than awarding funds to attend school. Beginning in 2001, the scholarships will be given to young men and women who have shown leadership potential and a desire to help others. The council scholars receive leadership training; and council members, as well as others from Ole Miss family, act as their mentors.

“A scholarship packaged with mentorship and leadership is a phenomenal combination,” McPherson said. “Every child needs this type of support system and guidance.”

McPherson had lots of “support and guidance” while growing up in Monticello and attending Ole Miss, where she earned a bachelor’s degree. However, she quickly found that helping hands were few upon arriving in New York City to pursue master’s degree in film and art. Coming from a small town, she was initially overwhelmed by the Big Apple.

“It was so rough at first,” she said. “That’s why I like the idea of mentorship. I want to be able to help students not only get their degrees but also connect to an urban environment – expose them to the world in whatever profession they choose.”

After pursuing master’s studies at New York University, New School for Social Research, and the School of Visual Arts, McPherson concentrated on her career – working on projects including off-Broadway plays, film and television programs, and feature-length documentaries. She learned as she went, quickly realizing that raising funds and securing grants were a large part of the process.

Her experiences and long hours paid off. In 1982, McPherson co- and executive-produced the feature-length documentary “Signal Through the Flames,” a film nominated for an Academy Award. McPherson also founded Southern Voices Production, Inc., which developed and produced many successful programs adapted from the works of great Southern literature.

Recently, McPherson also created The Good Dog Foundation, an organization providing professional training and supervision for adult-and-dog teams that work together to aid in the healing process of patients in need. In addition, she founded the Mississippi Picnic in Central Park in New York.

Members of the council are pleased that with all her volunteer efforts, McPherson has chosen to join and support their group.

“Rachel McPherson models the emerging voice of women in philanthropy that will lead others to Ole Miss through her incredible example,” said Ellen Rolfes, University advancement associate and creator of the council.

In the future, McPherson plans to expand The Good Dog Foundation, and continue work on community-service and various fund-raising projects. She encourages others to do the same.

“As the next wave of philanthropic leaders, today’s women have a unique opportunity to combine their commitment, passion, and professionalism – making a significant impact by reaching out and connecting to the world around them,” she said.