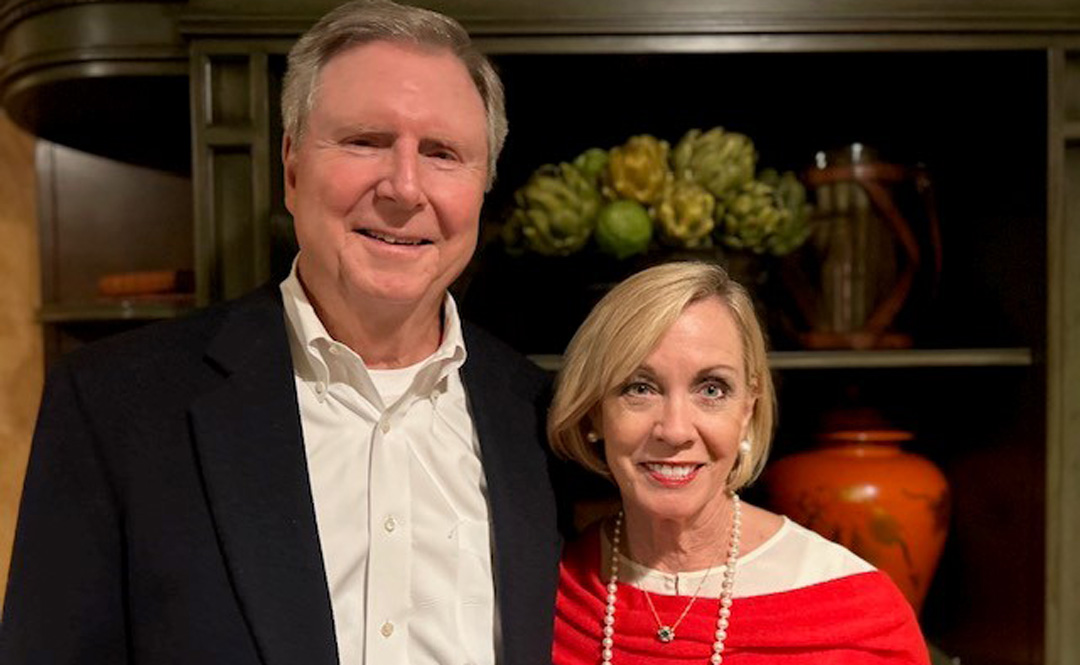 The donors of a major gift to the University of Mississippi hope to help the Ole Miss baseball team continue to swing for the fences.

“Patty and I love Ole Miss baseball,” Mick Mauldin said. “We went to Omaha this past year for a couple of the College World Series games and, like most Rebel fans, were incredibly excited when Ole Miss won the NCAA National Championship. This inspired us to want to do something to honor Coach Mike Bianco’s baseball program.”

In addition to honoring the baseball team, making a tax-deductible donation appealed to the Baton Rouge, Louisiana, couple who said they enjoy knowing their gift will be used to support such improvements as the construction of a baseball performance center that will enable student-athletes to practice during inclement weather.

“This will help the Ole Miss baseball program keep pace with other schools when Coach Bianco goes recruiting,” said Mick Mauldin, a Laurel, Mississippi, native who earned bachelor’s and juris doctor degrees from UM in 1970 and 1973 respectively.

“I can imagine the pride Mick and Patty will feel when they see our baseball players perform at the top of their game, knowing that their gift helped build a highly competitive team,” McLaughlin said. “Their gift will be appreciated by generations of student-athletes, and we are extremely grateful for their support.”

Mauldin credits UM Chancellor Emeritus Robert Khayat for setting him on a path toward career success.

“Since taking then Professor Khayat’s Marriage and Family Law class in law school, I have remained friends with him and it is a distinct honor to call him my friend,” Mauldin said. “He was responsible for placing me in my first job as a lawyer with then Congressman Trent Lott.

“Additionally, his guidance was invaluable to Patty and me in connection with our gift dedicated to the Ole Miss baseball program.”

After law school, Mauldin was hired by Lott as his legislative assistant. When the congressman was appointed to the House Rules Committee, Mauldin served as counsel on the committee staff while also attending Georgetown University Law Center.

In 1980, he earned a Master of Laws in Taxation degree and began a private law practice in Baton Rouge, specializing in taxation, estate planning and general business law. He retired in 2018 as a senior partner in the Baton Rouge office of Jones Walker LLP.

Patty Mauldin graduated from Louisiana Tech University and managed The Muffin Tin, a gift and gourmet business in Monroe, Louisiana, before the couple was married. She then moved to Baton Rouge and worked part-time in sales for Robert Roth Jewelers.

At Ole Miss, Mauldin served as president of the Pi Kappa Alpha fraternity and spent the first two years of law school attending advanced Army ROTC classes. He was commissioned a second lieutenant in the U.S. Army Reserve in 1972 and was honorably discharged with the rank of captain in 1980.

“Having attended Ole Miss at the time I did, my favorite Ole Miss sports memories are of watching Archie Manning quarterback the Rebels and win football games,” Mauldin said. “I will never forget watching Ole Miss crush Tennessee in Jackson after one of their players, Steve Kiner, referred to the Rebels as mules.”

To make a gift in support of Ole Miss Athletics, visit CHAMPIONS. NOW. or contact Matt McLaughlin, chief development officer, at mlmclaug@olemiss.edu or 662-915-7894.