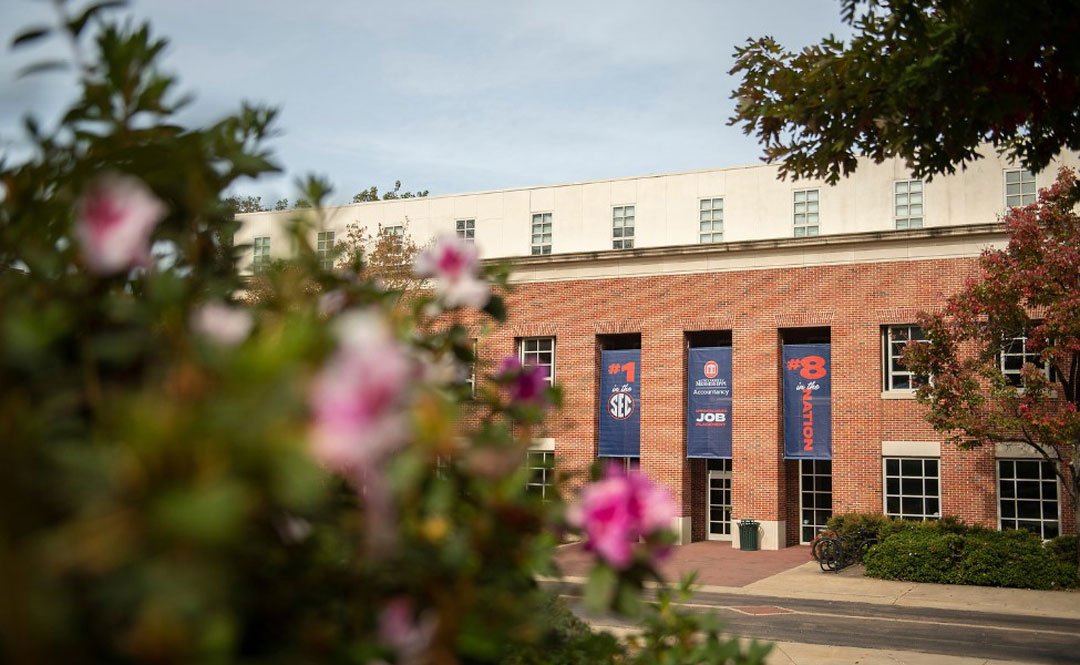 Conner Hall is home to the University of Mississippi School of Business Administration.

A scholarship the late Daniel C. Hughes Jr. established in 1983 to honor his parents — both UM graduates — has bettered the lives of numerous students for almost four decades.

Now, newly endowed with a gift from Hughes’ estate, the Mr. and Mrs. Daniel Clyde Hughes Scholarship Endowment will continue to help students in perpetuity.

“We are pleased that he and his parents will be honored in perpetuity with this scholarship, since I know it would make him happy that he is able to offer others the opportunity he had to experience our educational environment here and to be connected to the business school,” he continued. “He leaves for our students and alumni a wonderful legacy of a person to emulate.”

Marc Littlecott, advancement director for estate and planned giving, said, “We appreciate that Mr. Hughes saw how an Ole Miss degree benefitted his career, and now his generosity will help future generations reap the same rewards.”

“IRA funds directly transfer to our organization to help continue our important work and help further our mission, granting the Hughes’ philanthropy to last in perpetuity,” he said.

Daniel Clyde Hughes III of Oxford, Mississippi, said his father wanted to help recreate success for others: “He hoped the scholarship would go to individuals who would use their degrees to become more successful and take advantage of the opportunities the university gave them.”

Before graduating in 1965 with a bachelor’s degree in business administration, Hughes received the Haskins and Sells Foundation Award for Excellence in Accounting and finished at the top of his class. He was a member of Phi Kappa Phi honorary scholastic fraternity, Beta Alpha Psi, accountancy honor society, Beta Gamma Sigma, business honor society, and Delta Sigma Phi, professional business fraternity as well as Sigma Chi social fraternity.

Upon graduating, Hughes began his career in Jackson, Mississippi, with the accounting firm of Peat, Marwick, Mitchell and Co., eventually taking financial positions with a  number of other companies. Hughes established and was CEO of his own companies in asset management, securities, and property development.

“Dad never really lost sight of what Ole Miss provided him, and it laid the groundwork for every single thing he did.  He continued to return to campus and remained active with the university, and that helped him form connections that benefitted his business career,”  said Hughes.

“He was very proud of having his degree from the University of Mississippi on his resume, and he wanted his children and grandchildren to also have that on theirs,” he continued.

Daniel Clyde Hughes, Jr. is survived by four children, three of whom are UM graduates:  Daniel C. Hughes III of Oxford; Christy Hughes McHenry of Jackson; Catherine Hughes Crockett of Nashville, Tennessee; and Carrie Hughes of Brandon, Mississippi. Along with three grandsons who are currently enrolled at Ole Miss:  Hughes, William and Harry McHenry; and Christopher McHenry, who is a junior in high school.

Recipients of the Hughes scholarship will be undergraduate Mississippi resident students who have demonstrated financial need, academic achievement and leadership ability.  The $1,000 award will be granted for eight continuous semesters. Recipients must maintain a minimum 2.5 grade point average during the first two semesters of enrollment and a minimum 2.8 for every semester thereafter.

The Mr. and Mrs. Daniel Clyde Hughes Scholarship is open to support from organizations and individuals.  Gifts can be made by sending a check, with the fund’s name noted on the memo line, to the University of Mississippi Foundation, 406 University Ave., Oxford MS 38655 or by giving online at https://give.olemiss.edu.

For information on methods for including the university in estate planning, contact Marc Littlecott at marcplan@olemiss.edu or 662-915-6625.