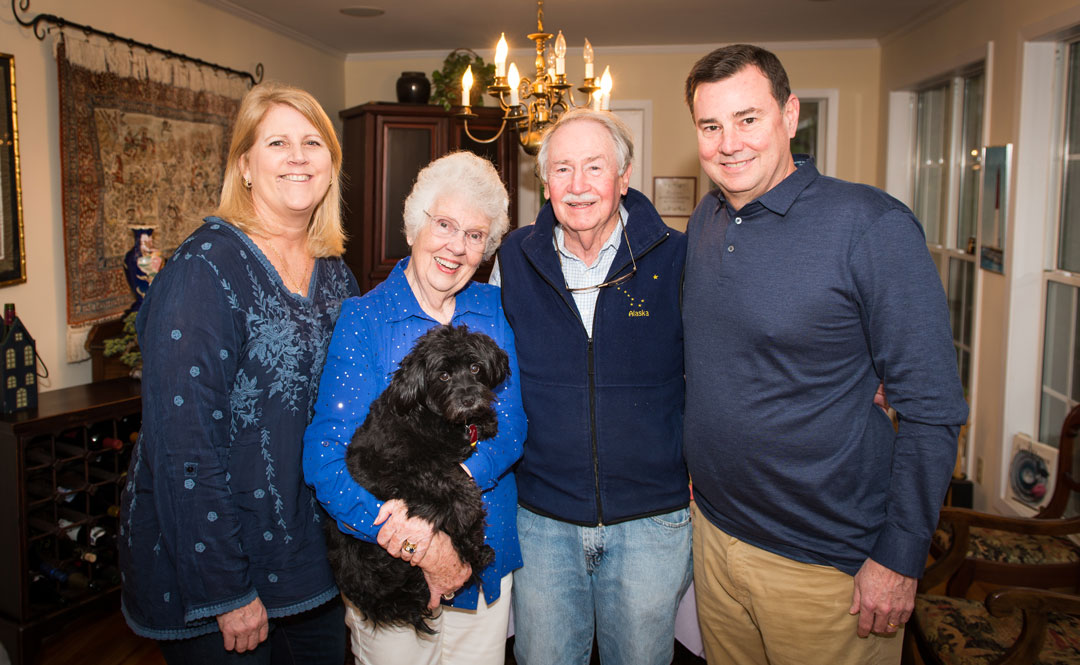 Vaughn Grisham, professor emeritus of sociology at the University of Mississippi, believes his life’s purpose is to raise the quality of life for others, so much so that he founded an institute focused on that.

This year, the former McLean Institute for Public Service and Community Engagement, housed on the university’s Oxford campus, was officially renamed to honor Grisham.

Developed by Grisham in honor of Tupelo, Mississippi, newspaper publisher George McLean — whose mission was to raise the quality of life for all Mississippians — the institute collaborates with students, faculty and staff around volunteerism, service-learning, community-based research, community development and social entrepreneurship. It then partners with Mississippi communities to fight poverty and transform lives through education, innovation and entrepreneurship.  Its signature initiatives address place-based partnerships, innovative approaches to community and economic development, and building capacity for poverty alleviation. Under Grisham’s direction, it became a national leader in the field of community development.

A $100,000 planned gift from the professor and his wife, Sandy, will help the Grisham-McLean Institute continue its work for generations to come.

“I know the faculty at the Grisham-McLean Institute quite well and have enormous confidence in them,” said Vaughn Grisham, who retired after 50 years of teaching more than 30,000 students in the Department of Sociology and Anthropology and in the Sally McDonnell Barksdale Honors College. “They’re going to help build a better Mississippi and so that’s most important.”

Albert Nylander, professor of sociology and director of the Grisham-McLean Institute, expressed gratitude for the couple’s desire to include the university in their estate plans.

“Vaughn and Sandy have been a transformative influence in the lives of so many people. They have worked tirelessly to help our students flourish during their time on campus, and they have also helped to improve the quality of life for people in communities throughout Mississippi and beyond,” he said.

“We are very grateful for their vision and their generous gift, which will support the Institute’s mission to positively impact the lives of others.”

“I’ve always felt that part of the reason I’m here on earth is to help people improve the quality of their life in all areas. So, I’m very proud of what the university has been able to do,” he said. “We’ve raised the quality of life of the students who’ve come through the university, and they in turn have taken those ideas back home.

“I have a strong belief that those of us who live here ought to be making contributions to improve the lives of all our people.”

Vaughn Grisham and his wife, Sandy, a former UM graduate instructor of American government and sociology and retired instructor at Northwest Community College, have been role models to many of those associated with the Grisham-McLean Institute’s work.

For example, 1977 UM graduate Phillip Wiggins of Dallas, Texas, has given generously in Vaughn’s honor since 2012. Additionally, Bill Fry of New York, New York, made a major gift in support of the institute and in honor of the Grishams in 2018. Recently, Wiggins, Fry, and UM alumni Shawn and David Brevard of Tupelo, Mississippi; Kathleen and Art Waldrop of Atlanta, Georgia; and Amanda and Edward Wilson of Mountain Brook, Alabama, made major gifts to an online Ignite Campaign in honor of Grisham, joining with others to move support much closer to the campaign’s $100,000 goal.

Fry, a 1980 graduate who took several classes under Vaughn Grisham, said he made the gift because, “I know about the work that Vaughn and Sandy have done and what a difference it’s made for the people who live in those communities. I hope this gift will help expand their work to more communities and have an even bigger impact.”

Grisham continues to work with communities nationwide, having helped establish leadership programs in 34 states and two Canadian provinces. His work has also been taken to communities in Siberia and South Africa.

“We’re staying busy and working in a lot of places with a lot of good people,” he said. “I don’t like to just stand in front of people and talk. I like to roll up my sleeves and work with them, learn from them and become partners with the people in these communities.”

They have worked with community leaders to improve the quality of life for citizens in eastern Kentucky, West Virginia and Tennessee counties for 35-plus years.

Additionally, he has authored seven books and publications, among them “Tupelo: The Evolution of a Community,” “Hand in Hand: Community and Economic Development,” “Extraordinary Results in Ordinary Places” and his most recent “George McLean: His Life, His Leadership Lessons, and His Legacy” (2019).

The couple, residents of Oxford, Mississippi, also have a second home in Bakersville, North Carolina.

To make a gift to the Grisham-McLean Institute for Public Service and Community Engagement, visit https://nowandever.olemiss.edu or contact Delia Childers, associate director of development for the College of Liberal Arts, at dgchilde@olemiss.edu or 662-915-3086.

In making a planned gift, the Grishams become members of the 1848 Society. For information on including the University of Mississippi in estate planning, contact Marc Littlecott, director of advancement, at marcplan@olemiss.edu or 662-915-6625.