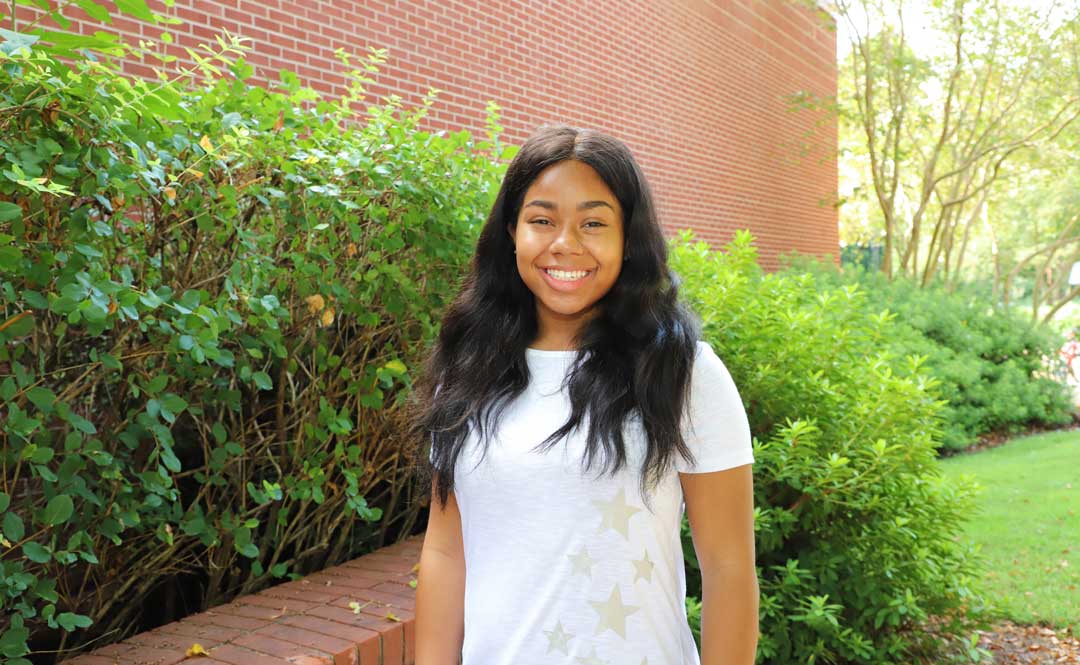 A recent major gift to the University of Mississippi will help a successful scholarship program provide more mentoring and experiences for more students.

In the 20 years since the Ole Miss First Scholarship (OMF) program was launched, dozens of students realized their academic dreams due to the $4,500 this four-year scholarship provides them annually.

Leigh Anne and James Carpenter and the Madison Charitable Foundation, of which James Carpenter serves on the board of directors, are longtime supporters of the OMF program. Together, they’re stepping in to offer more Ole Miss First scholarships and programming.

The Madison Charitable Foundation is providing $50,000 to establish the Ole Miss First Operating Endowment while the Carpenters are giving an additional $25,000 to the James O. and Leigh Anne Carpenter Ole Miss First Scholarship Fund, which they established in 2018.

This recent support reflects James, known as “Joc” to his friends and family, and Leigh Anne Carpenter’s passion for this scholarship program first envisioned by UM Chancellor Emeritus Robert Khayat and eventually established in 2002 by university faculty and staff, as well as a team of UM alumni.

The OMF Operating Endowment will underwrite a variety of programming and other scholar services, such as weekly mentoring sessions, monthly networking dinners, educational retreats and access to cultural events and academic outings, such as visits to museums and research centers.

“We appreciate Leigh Anne and Joc for their many contributions,” said Rosie McDavid, OMF director. “These recent gifts ensure the programming and other academic enrichment activities provided to OMF scholars will continue and expand.”

The Carpenters, residents of Port Gibson, Mississippi, say they enjoy giving back to the university that has improved their lives since they graduated in the 1970s. Once they learned about Ole Miss First, they knew it was an area they wanted to embrace.

“We have been amazed at the transformative impact the OMF program has had on the students, both academically and with the students’ campus-life experience in general,” Joc Carpenter said.

One of the program’s goals is to provide scholarships to students who have a record of outstanding academic achievement, leadership and service to the community. OMF continues to nurture those qualities in its scholars.

“Rosie and her team have done an exceptional job running and growing the program,” Carpenter said. “Because of this growth, we decided to fund an endowment to help with the costs associated with it.”

Current James O. and Leigh Anne Carpenter OMF scholar, Cameron Blanchard, a senior pursuing a Bachelor of Science degree in computer science, said the scholarship’s impact on her is “unimaginable.”

“It lifted a great deal of the financial burden of pursuing higher education and allowed me to truly shine and get more involved on campus,” said Blanchard of Tupelo, Mississippi. “I’ve been able to explore different passions of mine and come into my own at Ole Miss.”

Much of her focus is on completing her computer science degree so she can become a software engineer, having interned in the profession with AutoZone in Memphis, Tennessee.

“The Carpenters provided invaluable resources that allowed me to be a part of the Ole Miss First Scholarship program, which isn’t simply a scholarship — it’s more like a family,” Blanchard said. “I’ve gotten the chance to grow, learn and challenge myself throughout my time in the program.

“It is a blessing to be around the other OMF scholars, hear their stories and get to know them. Ole Miss First is a one-of-a-kind experience.”

The Madison Charitable Foundation has provided more than $1.7 million to UM over the years, including establishing its own Ole Miss First Scholarship Endowment, and given more than $5 million to support the University of Mississippi Medical Center.

The Carpenters have given more than $400,000 to support several UM initiatives and needs.

“Leigh Anne and I enjoy being able to help Ole Miss First because we believe in this scholarship program’s mission to provide deserving students who want to attend UM with the financial assistance they need,” Joc Carpenter said.

“The program also gives its scholars the additional academic and leadership support they need to be successful while pursuing their degrees at Ole Miss, to succeed in their careers and to make positive contributions to their communities after leaving the university.”

To make a gift to the Ole Miss First Operating Endowment, send a check with the endowment’s name noted in the memo line, to the University of Mississippi Foundation, 406 University Ave., Oxford, MS, 38655 or online at https://give.olemiss.edu.