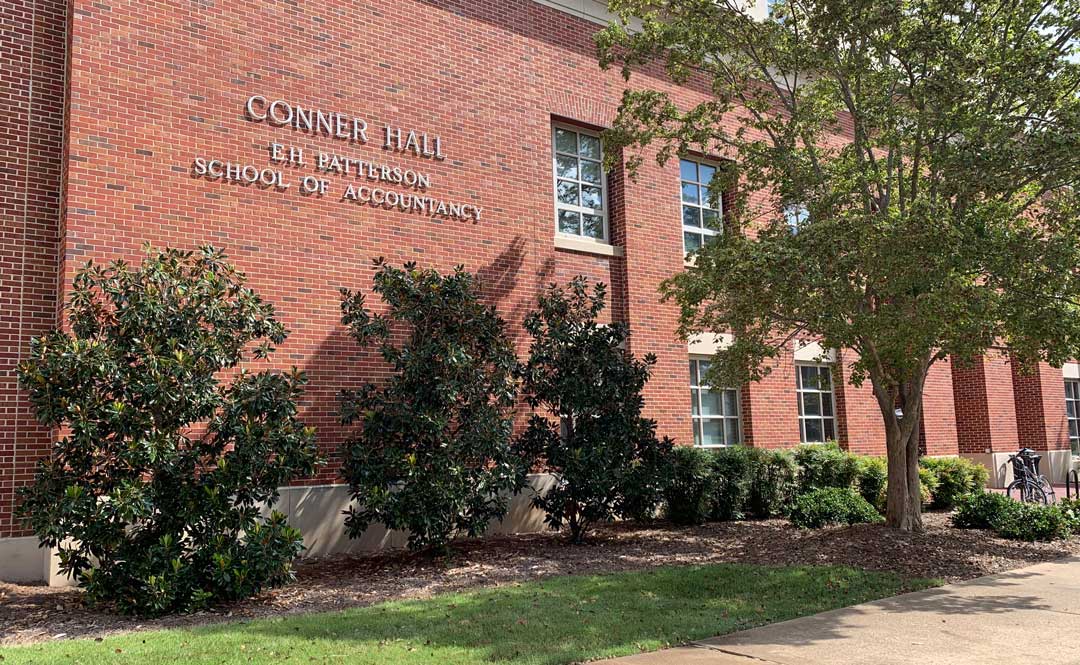 Accountancy alumnus Jay Harris of Birmingham, Alabama, made a $50,000 gift to Giving Day to help with tuition costs for out-of-state students. Harris said he wanted to alleviate some of the financial burden faced by deserving students who come from around the country to study at UM’s Patterson School of Accountancy.

The University of Mississippi’s Patterson School of Accountancy has a new scholarship to benefit out-of-state students thanks to a $50,000 donation from one of its alums on UM’s Giving Day.

The Jay Harris Scholarship will be awarded to full-time freshman students enrolled in the Patterson School of Accountancy who come from outside Mississippi.

Harris said he wanted to alleviate some of the financial burden faced by deserving out-of-state students who come from around the country to study at the PSOA, one of the top-ranked accountancy programs in the nation.

In the years since he attended the university, Harris said costs have increased for all students, especially those who come from outside of Mississippi.

“I’ve paid out-of-state tuition rates for my own college students, so I’m familiar with the pinch,” Harris said. “I don’t want any student to consider Ole Miss out of reach for them financially because of those additional costs. I hope this scholarship will alleviate some financial stress and help more students access the excellent education the Patterson School of Accountancy offers.”

Harris’ gift was part of Giving Day, a social media-heavy fundraising event that began April 5. Giving Day lasted for one day, eight hours and 48 minutes in honor of UM’s founding in 1848. The first Giving Day at UM, which was held in 2019, secured almost $550,000, and the event has grown since.

Harris, a financial services partner at PricewaterhouseCoopers who recently relocated to Birmingham, Alabama, from Charlotte, North Carolina, is also a member of PSOA’s Alumni Advisory Council.

“Jay is a perfect example of an involved alumnus who observes an area of need and works to address it,” said Vice Chancellor of Development Charlotte Parks. “The Jay Harris Scholarship will directly benefit students for years to come.”

Supporters can visit http://give.olemiss.edu to make a tax-deductible gift to Ole Miss.

For information on supporting the Patterson School of Accountancy, contact Jason McCormick, director of development, at jason@olemiss.edu or 662-915-1757.