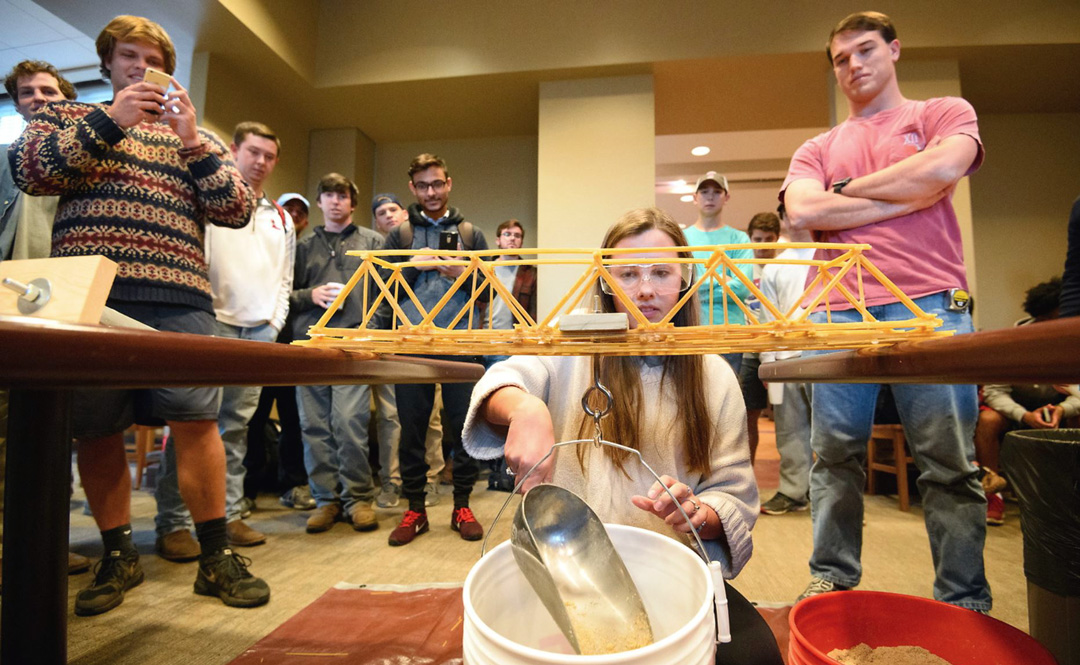 With a $100,000 gift to the University of Mississippi School of Engineering, Stephen and Patty Foose want to provide scholarships to civil engineering students whose background, achievements and experience demonstrate a commitment to contributing to the advancement of women in civil engineering.

The couple established the Stephen and Patty Foose Civil Engineering Scholarship Endowment for sophomores and higher who are residents of Mississippi, Alabama or Texas. Recipients may retain the scholarship for up to six semesters provided they maintain at least a 3.0 GPA or better.

Stephen Foose, a 1966 UM civil engineering graduate, owns Foose Engineering Co., which has been in operation since 1981. Now semi-retired, he remains active with the company he founded when not beekeeping or tending to his orchard at home near Tyler, Texas.

“Ole Miss gave me a good education that allowed me to have a successful career. I thought I should give back a little bit,” he said.

Additionally, “for the last 30 years, I’ve encouraged women to become engineers,” he said. “I thought our gift would give Ole Miss an opportunity to push that effort along.”

According to the U.S. Census Bureau, as of 2019, only 15% of all women in the nation’s workforce hold engineering careers.

Foose was born in Pell City, Alabama, but his parents — UM attendees Sam and Katherine Spradley Foose — moved the family to Tchula, Mississippi, when he was 3 years old.

Foose met his wife prior to college while working on a dam in Gunnison, Colorado. After work most days, he would visit a local restaurant, where she, a college student, worked part time as a waitress. Eventually, the two got married and have been together nearly 60 years.

While the couple has two sons who “we could not convince to get into engineering,” they have always wanted to see more women become engineers.

Dave Puleo, the dean of the School of Engineering, added that the gift from the Fooses enables the school to look ahead.

“Ole Miss Engineering is thankful for the generosity of Mr. and Mrs. Foose and their investment in the future of our school,” he said. “Their scholarship will help advance the role of women in civil engineering. And the timing is excellent, with more women pursuing the discipline and state and federal governments making significant investments in infrastructure.”

Greg Carter, UM School of Engineering development officer, said, “We are very fortunate that Mr. Foose and his wife decided to fund scholarships for future civil engineers. Through their generosity, more students will have increased access to a civil engineering education.”

The Fooses’ gift will go toward Now & Ever: The Campaign for Ole Miss, an historic fundraising initiative to secure $1.5 billion in private gifts to strengthen the university for generations to come.

Individuals and organizations can make gifts to the Stephen and Patty Foose Civil Engineering Scholarship Endowment by sending a check with the designation noted in the memo line to the University of Mississippi Foundation, 406 University Ave., Oxford, MS 38655; or online at https://www.umfoundation.com/makeagift.

For more information on supporting the School of Engineering, contact Greg Carter at gjcarter@olemiss.edu or 662-915-1849; or online at https://nowandever.olemiss.edu.