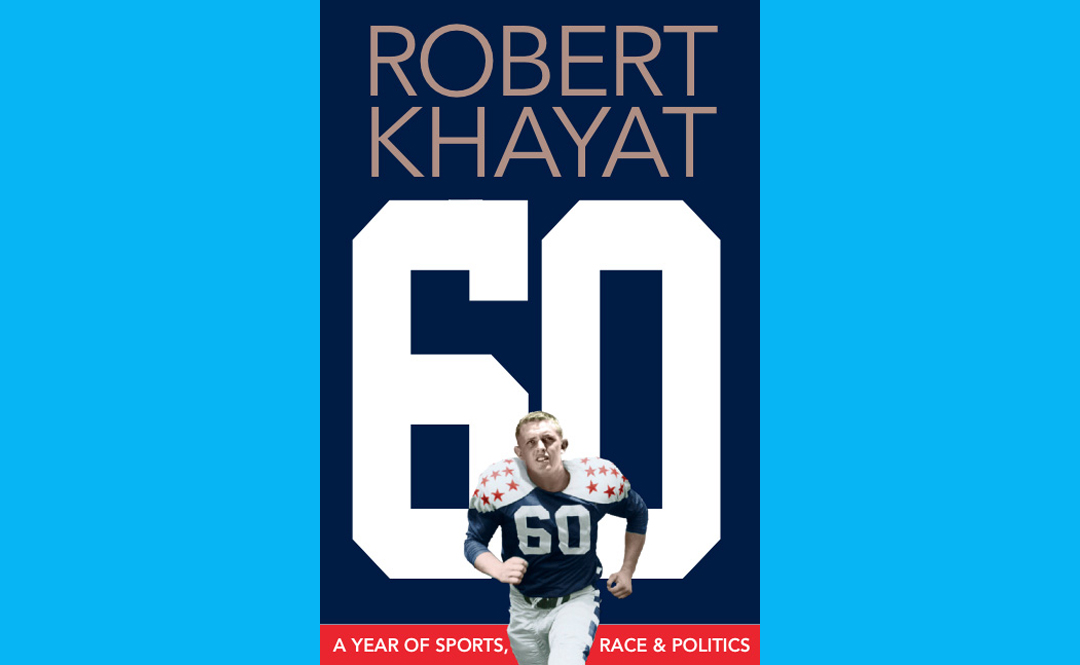 The pivotal year of 1960 is recalled by Robert Khayat, chancellor emeritus of the University of Mississippi, in his new book, “60: A Year of Sports, Race & Politics.”

Khayat will discuss his book as the featured speaker for the Robert C. Khayat Lecture Series launch later this fall, an initiative named in honor of the former leader.

The series was founded by the Ole Miss Women’s Council for Philanthropy (OMWC).

“The Ole Miss Women’s Council is looking forward to the kickoff of our Khayat Lecture Series,” said Karen Moore of Nashville, Tennessee, a UM alumna and former chair and active member of OMWC.

The Khayat Lecture Series will bring speakers to the Ole Miss campus in Oxford, Mississippi, who will inspire students and other audience members through thought-provoking topics and conversations.

“There is no better choice than former chancellor Robert Khayat to be the inaugural speaker as we officially begin this lecture series,” Moore said. “Robert Khayat and the Ole Miss Women’s Council just go together. The OMWC was founded during his tenure as chancellor because he recognized the power of women leaders.

“Robert and his late wife, Margaret, also have OMWC scholarships in their names so he believes in our mission and loves to meet our scholars. He is a perfect example of the Women’s Council’s mission – leadership, mentorship and philanthropy.”

Khayat said he is humbled the OMWC created this lecture series in his name and is honored to be given the opportunity to discuss his new book as the series officially gets underway.

The Women’s Council has been described as one of the most innovative scholarship programs in America. The program provides significant guidance and training in leadership skills, exceptional life and career development, meaningful personal growth through cultural and travel opportunities, and beneficial alumni networking throughout the students’ tenure at the university.

“The Women’s Council and the members who oversee it have put together such an impactful scholarship program,” Khayat said. “Not only do they offer one of the most generous scholarships available, but Women’s Council members also serve as mentors and offer programming for their scholars that teaches leadership skills and promotes philanthropy and community service, which results in developing the next generation of creating caring, ethical citizens.

“I can only hope that some of these OMWC Scholars have an opportunity to read this book and perhaps gather some of the valuable life lessons I learned when I was a student at Ole Miss.”

The year 1960 was transformative for Khayat, the state of Mississippi and the country.

At the time, Khayat was a 22-year-old senior at Ole Miss. A remarkable academic student and student athlete, he played baseball and football for the Rebels and later that year he was playing in the NFL. The year marked several dramatic developments in the world of politics with the election of John F. Kennedy as president as well as in the civil rights movement within the state and across the nation.

In “60: A Year of Sports, Race & Politics,” which was published this week (Sept. 1) by The Nautilus Publishing Co. in Oxford, Khayat tells how that year changed him and the world around him, said Neil White, creative director and publisher for Nautilus Publishing.

“During 1960, fate placed Robert Khayat amidst events that would change the world,” White said. “As the year unfolded, he and his Ole Miss teammates were at the heart of an NFL/AFL battle that forever changed professional football; he watched his first-generation father’s unlikely ascent to become a powerful political force; and he was intimately linked with two men — Redskins owner George Preston Marshall and Mississippi Governor Ross Barnett — who were among the highest profile Civil Rights targets of the Kennedy administration.

“Khayat’s memory of that year, combined with 60 years of reflection, make for a compelling tale of sports, race and politics.”

Khayat’s first book, “The Education of a Lifetime,” was published to national acclaim in 2013. His memoir was named as a “Best-Selling Education Book” by The New York Times.

The Robert C. Khayat Lecture Series is part of the OMWC’s Global Leadership Circle, an international studies and internship initiative. Details for upcoming lectures for the UM community will be announced soon.

Those who want to support the series will be able to buy tickets to one lecture, a series of related speakers and/or topics, or the whole season of lectures. Additionally, the lecture series can be supported by sponsorships or financial pledges to the program.

For more information or to support the Robert C. Khayat Lecture Series and/or the Global Leadership Circle, contact Suzanne Helveston, development associate for the OMWC, at  shelveston@olemiss.edu or 662-915-2956.