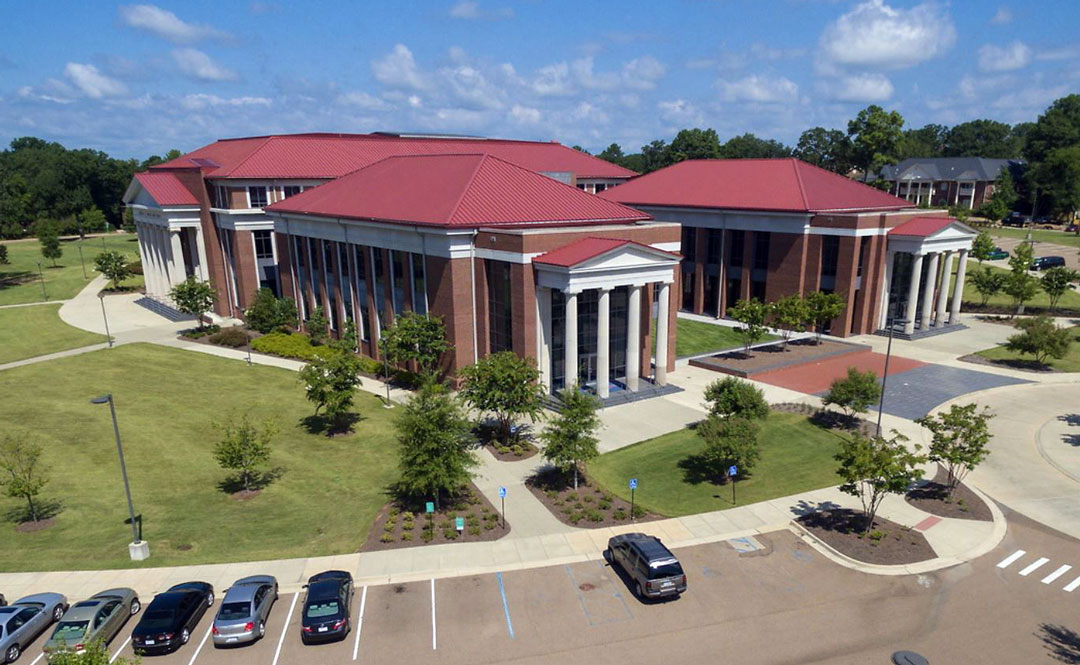 Attorney Doug Wright Jr. recently honored his father and grandfather by making a gift to the Robert C. Khayat Law Center on the University of Mississippi’s Oxford campus. The sketches below by artist Jacob Carroll will be made into metal etchings that will be displayed in the school’s atrium in recognition of membership in the Dean’s Leadership Council.

Wanting a way to mark the 30th anniversary of his graduation from the University of Mississippi School of Law, Doug Wright of Tupelo, Mississippi, decided to make a gift that honors his father and grandfather — both Ole Miss Law alumni.

The Wright Family Scholarship in Law Endowment represents not only Wright, a 1989 graduate of the School of Business Administration and 1992 law alumnus, but also pays tribute to his father, Douglas Wright Sr., a 1972 law graduate, and his grandfather, the late Judge Fred Pershing Wright, who graduated with a law degree in 1940.

An excursion to Washington, D.C., inspired the gift. In 2018, Wright had the opportunity to visit the Supreme Court just as Justice Brett Kavanaugh took the bench.

“We saw the full court preside over two hearings and it was truly something to behold,” Wright recalled. “It brought home the heritage of the court and what it means to be a part of a system of justice second to none.”

Wright hopes these students will use his gift to carry on the legacy of the men and women who went before them.

“This is just my one small tribute. It’s up to our future lawyers to carry the torch farther and better than any of us,” said Wright, who recently made an additional gift to the School of Law Dean’s Fund.

“There are times when a leader needs resources to do what needs to be done,” said Wright, an inaugural member of the newly establish Dean’s Leadership Circle giving society. “In any organization, the leader must have support to lead. This fund gives our law dean the ability to do what might be right for the moment.”

“Because state funds are very limited, we depend on the generosity of our friends and alumni like Mr. Wright,” she said. “His gift helps us offer excellence in education to the lawyers and leaders of tomorrow. I can’t thank him enough for the positive impact his support will make as we continue to achieve great things on a small budget.”

After graduating, Wright returned to Tupelo, joining his father in a law practice that focused on health care and labor law. He shuttered the practice in 1995 to the feigned displeasure of his grandfather, a retired judge.

“He was a little disappointed mostly due to the fact that he liked to come to Tupelo and introduce himself as my clerk with the kind of dry wit he was well known for in the 1st District,” Wright said.

After closing the practice, Wright developed several businesses and ventures, continuing to utilize his UM Law School education. He and his wife, Tia, have four daughters and a grandson. In his free time, he enjoys watching Rebel football with his family and collecting Ole Miss yearbooks; he has almost all of them.

Individuals and organizations interested in contributing to the Wright Family Scholarship in Law Endowment can send checks to the University of Mississippi Foundation, 406 University Ave., Oxford, MS 38655 with the fund noted in the memo line, or give online at https://give.olemiss.edu.

For more information or to join the Dean’s Leadership Circle, contact Suzette Matthews, senior director of development, at 601-937-1497 or suzette@olemiss.edu.