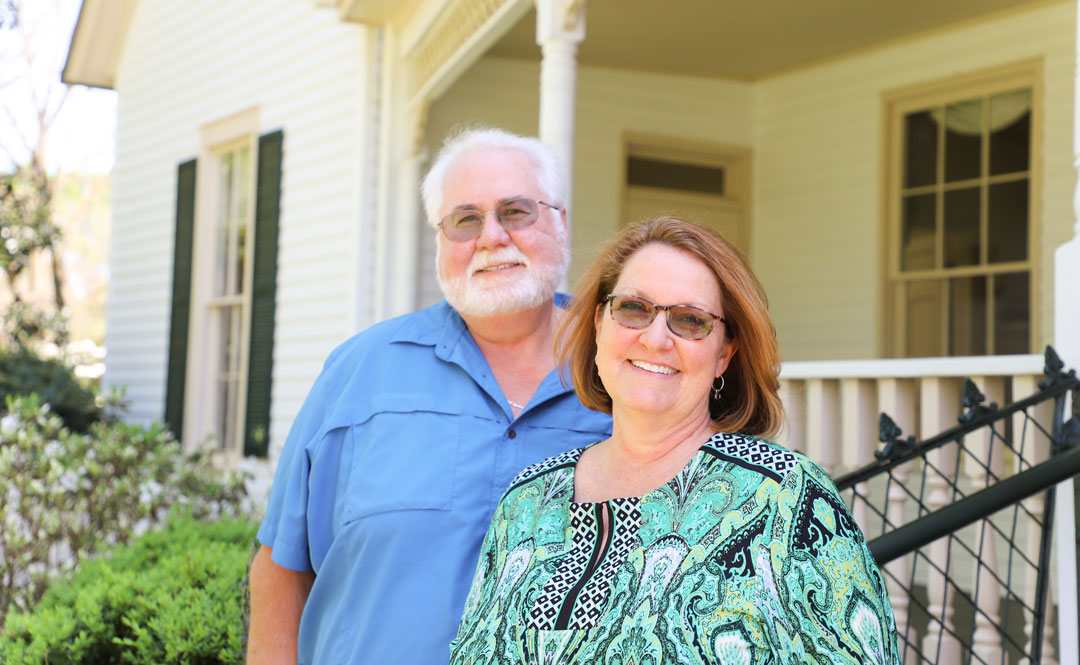 Dr. Ralf Zapata and his wife, Rhonda, established a new endowment at the University of Mississippi as a way to "give back" for the scholarships that had a transformative impact on their lives.

Scholarships awarded to Dr. Ralf Zapata allowed him to earn a chemistry degree in 1983 from the University of Mississippi, enabling him to launch his future without the financial burden of student loans.

As Zapata begins to ease into retirement after a successful career as a dentist, he and his wife, Rhonda, are planning to have the same transformative impact on future students as he experienced from receiving a fully funded education.

“Our plan was always to give back,” said Zapata of Niceville, Florida. “The University of Mississippi has meant a lot to us, and Rhonda and I want to set up something that we know will give someone from another generation a chance to get a great education like we received at Ole Miss.”

The Zapatas accomplished that goal with a planned gift of $112,500 to create the Dr. Ralf P. Zapata and Rhonda M. Zapata Scholarship Endowment in the College of Liberal Arts.

The Zapata scholarship encourages students from their corner of the Florida Panhandle to attend UM. The endowment will award scholarships to freshmen from Okaloosa and Walton counties majoring in liberal arts degree programs.

“While we first met as teens in Mississippi, Rhonda and I started our family when I was stationed at Eglin Air Force Base in Okaloosa County, which is in the Destin and Fort Walton Beach area,” Zapata said. “We made our home and launched my dental practice in Niceville, a community that is paradise for us.

The alumnus said one visit to Ole Miss is all that’s needed.

“We hope our endowment might convince even more students from our area to put Ole Miss on their list of potential colleges and consider attending this exceptional university. We know that if they make the trip to Oxford and take a campus tour, they won’t hesitate to join the Ole Miss family,” Zapata said.

Lee Cohen, dean of the College of Liberal Arts, praised the Zapatas for the gift and their commitment to UM.

“We are so thankful to Ralf and Rhonda for their continued support of our university and the College of Liberal Arts, as well as for their passion to help students in the community they have called home for many years,” Cohen said. “Their belief in the transformational power of higher education and their desire to give back to the University of Mississippi is both inspiring and very much appreciated.

“We look forward to welcoming more students from the Fort Walton and Destin areas of Florida to our campus and invite them to explore the many outstanding programs housed under the College of Liberal Arts – programs that prepare lifelong learners for rewarding careers.”

Ralf Zapata initially decided to attend Ole Miss because it meant he would be closer to Rhonda, the “love of his life” from an early age.

Because his father was in the U.S. Air Force, Zapata and his family moved frequently when he was growing up. About the time he entered high school, his father was assigned to Keesler Air Force Base in Biloxi, Mississippi.

“That’s when Rhonda and I met and we started dating,” Zapata recalled.

When he graduated from high school in San Antonio, Zapata enrolled at Ole Miss to be closer to his future wife, who had another year of high school to complete.

“I also had an ROTC scholarship and other scholarships so that was another plus for going to Ole Miss,” he said. “After she graduated, Rhonda went into the radiology program at the University of Mississippi Medical Center in Jackson.”

The couple married while students, and after graduation moved to San Antonio, where Ralf Zapata attended the School of Dentistry at the University of Texas Health Science Center.

Afterwards, he satisfied a commitment to the U.S. Air Force with an assignment to Eglin Air Force Base in Florida. Following deployment during Operation Desert Storm, he left the Air Force as a captain. By this time, his family considered Niceville home.

While Zapata sold his dental practice in 2019, he continues to work part time.

The couple, who own a second home in Oxford, plan to spend more time engaged with UM in the coming years and look forward to helping students.

“We would dearly love for our scholarship recipients to graduate from Ole Miss, go out into the world and do something extraordinary,” Rhonda Zapata said. “And hopefully, they will turn around and give back to the university themselves.

“Wouldn’t it be ideal if they could keep this type of philanthropy going and provide even more scholarship opportunities for students decades from now?”

Individuals and organizations can make gifts to the Dr. Ralf P. Zapata and Rhonda M. Zapata Scholarship Endowment by sending a check with the scholarship name written in the memo line, to the University of Mississippi Foundation, 406 University Ave., Oxford, MS 38655; or online at https://give.olemiss.edu.

For more information about supporting the College of Liberal Arts, contact Rob Jolly, managing director of development, at jolly@olemiss.edu or 662-915-3085.