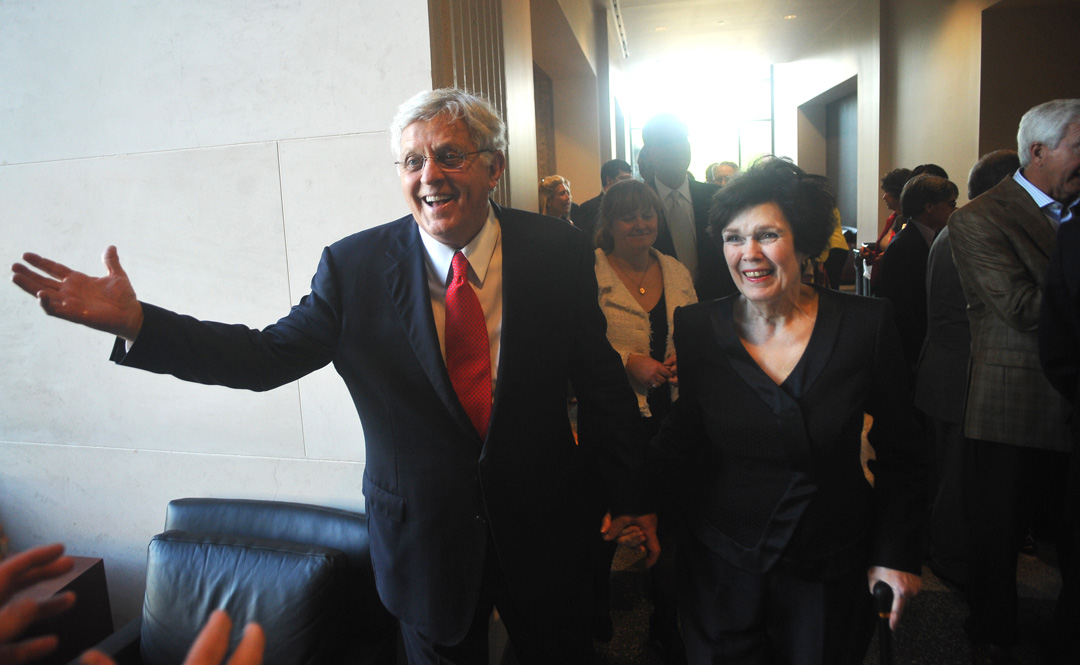 Margaret Mason Denton Khayat’s generous life and many years of support for the University of Mississippi are being celebrated by the Ole Miss family. 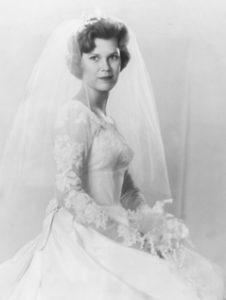 Khayat, the former first lady of Ole Miss, passed away Feb. 22. Her husband, Chancellor Emeritus Robert C. Khayat, and other family members were by her side.

“Margaret Khayat will be remembered for her graciousness and her significant and selfless contributions during her time as first lady,” UM Chancellor Glenn Boyce said. “She was central to the tremendous and pivotal impact that the Khayat family has had on the University of Mississippi and the Ole Miss community.”

During their 60 years together, Robert and Margaret Khayat were loving parents, inspirational leaders and transformative partners. Margaret Khayat’s positive influence on the university was especially evident from 1995 to 2009, the years when Robert Khayat served as chancellor. She hosted countless events and oversaw the refurbishing and enhancing of the interior and grounds of Carrier House, the chancellor’s home.

In 2010, Margaret Khayat was honored with the creation of an Ole Miss Women’s Council for Philanthropy (OMWC) scholarship in her name. The scholarship was endowed by $110,000 in private gifts.

In announcing the scholarship, then-Chancellor Dan Jones noted the widespread enthusiasm in honoring her with a scholarship endowment.

“This (chancellor’s) office truly requires a family commitment of service, and the Khayats transformed this university by providing a vision of what Ole Miss could become, and they built bridges with alumni, friends, students, faculty, staff and students to achieve goals,” Jones said.

Robert Khayat praised his wife for the impact she had on the institution’s success, often working behind the scenes to help the university achieve its mission.

“Margaret quietly made significant contributions to assure that progress would be made at Ole Miss and, in particular, that every visiting guest, student, faculty, staff and alumnus would have memorable experiences and feel welcome at Carrier House,” he said.

“I owe a personal debt of gratitude to Margaret for her selflessness. She made many sacrifices to ensure that I could devote my full attention to my responsibilities as chancellor.”

She supported the university in a wide variety of ways, including overseeing all events hosted at Carrier House. The Khayats frequently welcomed diverse guests to the home from distinguished academicians and researchers to royalty from other countries, U.S. senators, presidential hopefuls and Hollywood actors. Margaret Khayat was known for inviting students to the home to watch the Super Bowl. During these gatherings, inspirational ideas and initiatives came to life, many of which were implemented to strengthen the university.

Longtime friends recall the joy Margaret Khayat brought to every occasion and how she tirelessly supported those around her.

“Margaret Khayat lifted my spirits when I was merely in her presence,” said Mary Ann Frugé of Oxford, Mississippi, a former OMWC chair and a member of the UM collegiate Hall of Fame. “The sparkle in her eyes, the graciousness of her demeanor and the witty comments she made barely begin to describe her.

“She was a good listener with a sincere interest in her friends and their families. Visiting with her often turned an ordinary day into a special one for me because of her indomitable courage and optimism.”

Born in Memphis, Tennessee, Margaret Khayat attended Ole Miss and joined the Chi Omega sorority. The freshman was introduced to Robert Khayat, who had played football at Ole Miss before joining the Washington Redskins. He had returned to complete his senior year when they met.

Married in 1962, they lived in Washington, D.C., and Moss Point, Mississippi, before settling in Oxford, Mississippi. Margaret Khayat was active in the community and, after raising two children, she reenrolled at Ole Miss and completed an undergraduate degree in sociology in 1993.

One of her great pleasures was sharing the advantages of an Ole Miss education with potential students.

Rose Jackson Flenorl of Memphis, a member of the Ole Miss Alumni Association Hall of Fame and the first Black female named to the student Hall of Fame, said Khayat was always a generous mentor to students.

When her daughter, Lillie Flenorl, was attending the Hutchison School in Memphis, she was assigned a women’s history project. After discovering Khayat was herself a Hutchison graduate and elected as May Day Queen at the school, “she interviewed Margaret about advancing opportunities for women,” Flenorl recalled.

“Margaret was gracious and hosted her at Carrier House,” said Flenorl, who is also a founding member of the OMWC. “She even prepared a meal for the two of them. I believe Lillie decided to attend Ole Miss that day.”

“Without this scholarship, I would not have the opportunity to receive such a personalized, vibrant education from the University of Mississippi,” Harkins said. “Additionally, the support and kindness that Mrs. Khayat and Dr. Khayat have shown to me paved the way for me to find a home in Mississippi – growing to love the state and its people in ways I did not know was possible.

“Margaret Khayat is the epitome of displayed virtue, calling those around her higher. Her character, grace and kindness have led the way to abounding goodness in our community and ultimately our world.”

Those who want to honor Margaret Khayat’s life may contribute to the Margaret Denton Khayat Council Scholarship, an award the family hopes will inspire recipients to replicate its namesake’s kindness toward and great respect for people, her commitment to dignity for all and her strong spirit of love.

Gifts to the scholarship endowment can be made online at https://www.umfoundation.com/mkhayat or by sending a check to the University of Mississippi Foundation, with the fund noted in the memo line, to 406 University Ave., Oxford, MS 38655.