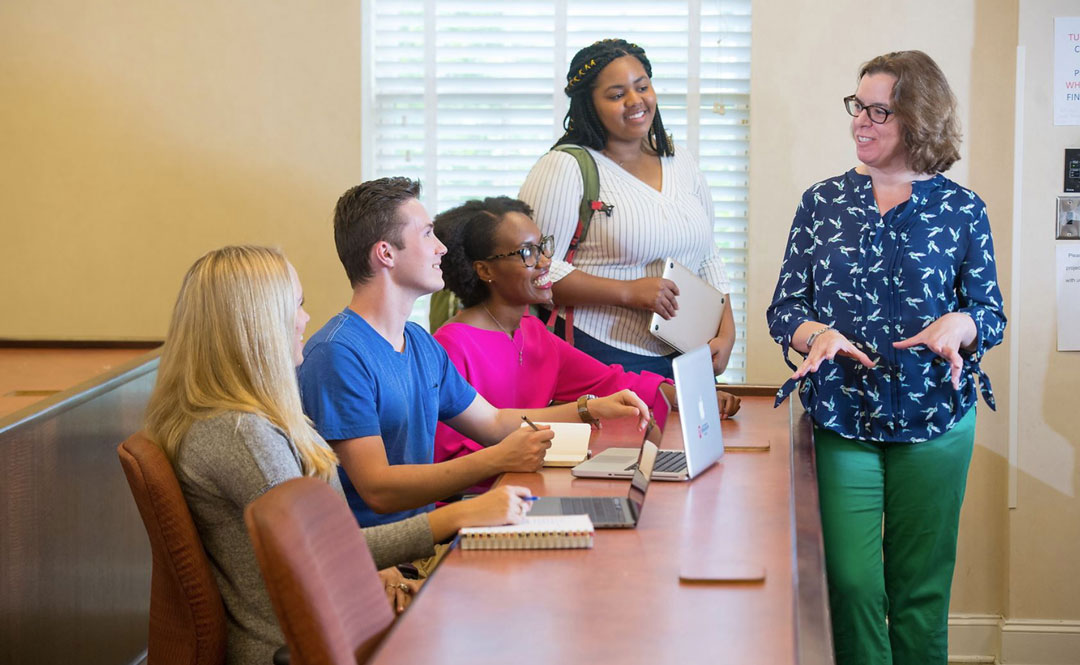 University of Mississippi alumni Kate and John Green, who’ve worked in some of the nation’s highest political offices, hope a scholarship they established will give Mississippi students a similar experience. 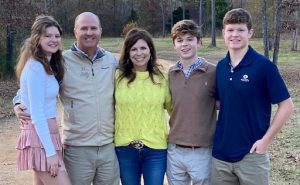 “We decided now was the time to assist the Lott Institute. We have watched the program mature, expand and offer opportunity to so many future leaders,” said John Green of Oxford, Mississippi, who serves on the Lott Institute’s board.

Named in honor of distinguished UM alumnus, former U.S. Sen. Trent Lott, the institute offers a wide range of programs that focus on enriching students’ lives and abilities through education and leadership development, preparing them for government positions at the local, state and national levels.

In addition to their financial assistance, the Greens have supported the Lott Institute by helping to organize an educational experience in Washington, D.C., for rising high school seniors and by formalizing an intern program for two Lott students each semester.

“Selfishly our business in Washington sees tangible benefits from Lott as well. We have employed several Lott graduates and intend to do so in the future,” said Green, who is CEO and co-founder of Crossroads Strategies LLC, a multidisciplinary federal government-relations firm, representing corporations and associations with matters before the legislative and executive branches of the U.S. government.

“Knowing the quality of the education and practical experience these students receive at Lott gives us confidence we are hiring highly qualified men and women.”

Billy Gottshall, executive director of the Lott Institute, said he appreciates the Greens’ gift and their long-term investment in the program.

“John has been a member of the Trent Lott Leadership Institute since its inception and has consistently played an integral part in the professional development of our students,” Gottshall said.

“We could not operate at the level we do without the support of individuals like John and Kate Green. Their gift and others are direct investments in the future of our institute and our students.”

John Green, a native of Holly Springs, Mississippi, earned a bachelor’s degree in general studies from Ole Miss, majoring in political science, English and business. In 1993, he began his career working in the U.S. Senate, managing policy and administrative matters for then Assistant Majority Leader Trent Lott — the eventual Senate Majority Leader.

There, he reconnected with his future wife. After graduating from Ole Miss in 1994 with a bachelor’s degree in hospitality management, Kate Green, a native of Tunica, Mississippi, worked in Birmingham, Alabama, and Memphis, Tennessee, before moving to Washington in 1997 to work for Sen. Lott as an executive assistant. She later moved with Lott’s team to the Capitol and ultimately worked for Vice President Dick Cheney.

John Green has served as a campaign manager for a successful congressional campaign, national finance chairman for multiple U.S. Senate campaigns, a senior advisor to a presidential campaign and director of the largest U.S. Senate leadership PAC.

In 1999, pursuing a career in lobbying the federal government, he co-founded Federalist Group LLC, built it and sold it in 2005 before starting Crossroads.

During his 22 years in the advocacy community, he has successfully achieved policy changes in virtually every field of federal advocacy — most notably in telecommunications and technology policy, energy, patent and trademark law, and natural resources issues.

The Greens said they designated their gift to the Lott Institute because they treasure their involvement in public policy and hope other Mississippi men and women will have similar experiences. Their gift is also a tribute to their friend and former boss, Sen. Lott.

“The senator was a significant influence in our lives and remains so today,” John Green said. “The senator joined our firm in June 2020, so he is now a coworker.”

The Greens have three children: Jack, a high school senior who will attend Washington University in St. Louis, Missouri, this fall; Henry, a 10th grader; and Mary Bea, a 7th grader.

John Green serves on the finance committee of Oxford University Methodist Church and is president of Magnum Entertainment Group, a full-service entertainment planning firm, specializing in live music events. Additionally, he was appointed by the Secretary of the Interior to serve on the President’s Hunting and Shooting Sports Council.

Kate Green helps coordinate the St. Jude Taste of Oxford annual fundraiser, volunteers with Love Packs, serves on the Parent Teacher Organization board and volunteers at their children’s schools.

“Our hope is this gift will allow young men and women, who otherwise might not have the financial means, to experience Ole Miss and the Lott Institute,” John Green said. “I struggled financially during my time at Ole Miss, so if we can ease the burden on others to some degree, we believe it’s the right thing to do.”

“I’m especially grateful to Kate and John,” she said, “for their belief and investment in our students, the Lott Institute and the university at large.”

The Kate and John Green Scholarship Endowment is open to support from businesses and individuals. Gifts can be made by sending a check to the University of Mississippi Foundation, with the fund’s name noted on the memo line, to 406 University Ave., Oxford, MS 38655 or by giving online at https://give.olemiss.edu.

To make a gift to the Trent Lott Leadership Institute, contact Nikki Neely Davis, managing director of development, at nlneely@olemiss.edu or 662-915-6678.