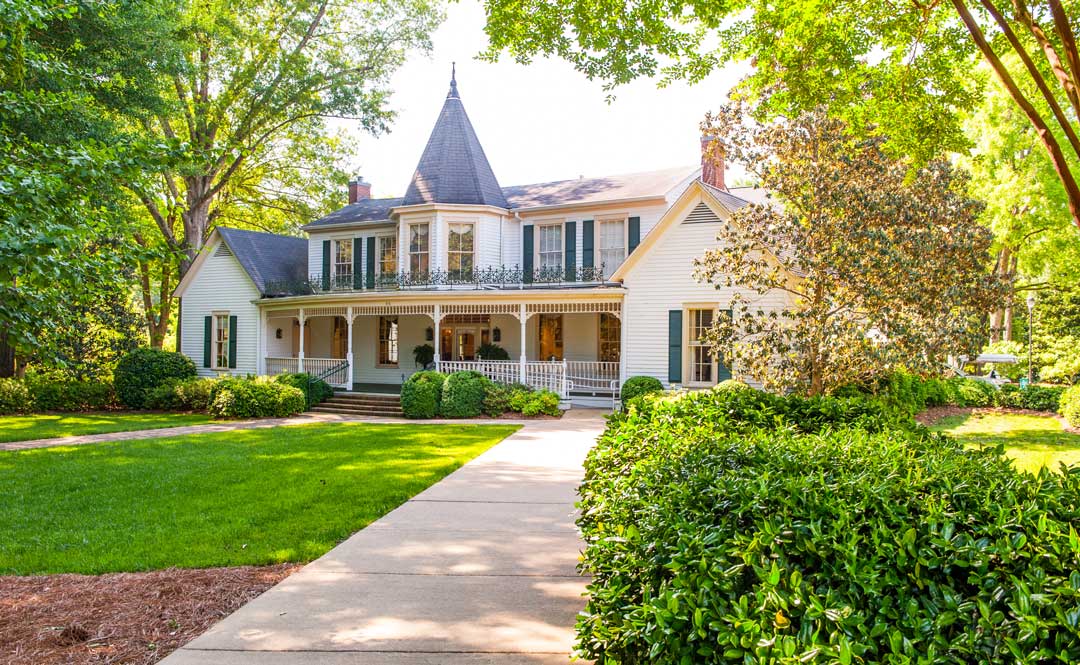 Five individuals with deep histories of service to the University of Mississippi have been named emeritus members of the UM Foundation Board of Directors.

“Our Foundation Nominating Committee recommended these former board members in recognition of their leadership, guidance and many years of highly valued dedication to our Foundation,” said Wendell Weakley, president and CEO of the UM Foundation. “Over the decades, we have excelled in large part due to their many contributions of service across our organization.” “The UM Foundation is such an important and vital part of the University of Mississippi, and I am deeply honored to be named an emeritus member of its board,” Farrington said. “I’m very grateful for past opportunities to work with the foundation’s administration and staff and to watch its growth, progress and success under their effective leadership.

“I feel so fortunate to have served on the board in past years and look forward to being a part of it in the future.”

A past chair of the UM Foundation Board, Farrington also has served as president and vice president of the Ole Miss Alumni Association; a member of the Executive Leadership Council for the University of Mississippi Medical Center; a Steering Committee member of The Inn at Ole Miss; and was active on the UM Momentum Campaign.

She now is involved with the university’s Campaign Planning Committee; the Ford Center Advisory Board; the Sally McDonnell Barksdale Honors College Leadership Council; and is a founding member and past chair of the Ole Miss Women’s Council for Philanthropy. She also serves as a trustee on the National Mortar Board Foundation.

In 2001, she was inducted into the Alumni Hall of Fame and received the Alumni Service Award in 2013. “Roger would be so honored to know he is receiving this designation,” said Susie Friou, the honoree’s wife. “He loved his university. He was a big proponent of higher education and fervently believed Ole Miss offered the finest of educations. He was always aware of the challenges that face higher education today, especially with regards to finances.

“Along with my family I thank you for this honor that is being bestowed on him.”

A former partner with Friou-Daschbach Partners and former chief financial officer and vice chair of Jitney Jungle Stores of America, Friou served as chair of the UM Foundation Board as well as on its Joint Committee on Investments and its Audit Committee. Additionally, he was an active member of the Ole Miss Alumni Association Board, Accountancy Chapter Board, Accountancy School Advisory Board and the Momentum Campaign.

In 1999, he was inducted into the School of Accountancy Hall of Fame. “I am deeply honored and pleased to be included in such a dedicated group of Ole Miss alumni — pillars of support in making us a truly great public university,” said McRee, president of Investek Capital Management in Jackson and former president and director of Lamar Life Corporation, chairman of the board of Bank of the South and a director of Metropolitan Bank.

“This honor means so much to me personally as I have served on the Foundation Board of Directors or its investment committee since the early 1980s,” he continued. “And over that nearly 40 years, it has been deeply gratifying and exciting to watch the university joint endowment supporting Ole Miss grow from less than $10 million to nearly $700 million.”

For the UM Foundation Board, McRee served in many capacities on the Joint Committee on Investments for nearly 40 years.

McRee established the Michael T. McRee Ole Miss First Scholars Award. Recipients of the award are full-time freshmen and selection is based on merit and/or need. Ole Miss First provides scholarships to students who demonstrate outstanding scholastic achievement and leadership. Over the course of their four years at Ole Miss, scholars meet with their mentors and attend monthly dinners to receive the support, guidance and encouragement they need to take chances, explore opportunities and make a difference. “Daddy would consider the designation of being named an emeritus board member a high honor. He believed in the mission of the UM Foundation and served many years as a board member,” said Liz Triplett Walker of Jackson, the honoree’s daughter and a member of the UM Foundation Board. “He supported the work of the Foundation, and I would bet that he challenged the board and staff in ways others may not have. He always looked out for what was best for the university, and I know he would be proud of the work the Foundation continues to do.”

An allergist and founder of the Mississippi Asthma and Allergy Clinic, Triplett served as president of the Ole Miss Alumni Association and the University of Mississippi Medical Alumni Chapter. He also was active on the UM Foundation’s Joint Committee on University Investments and the Inn at Ole Miss Steering Committee.

In 2000, he was inducted into the Alumni Hall of Fame.

“Our daddy was so proud to be an alumnus of the University of Mississippi,” Walker said. “His personal and professional life was built on relationships and many of those relationships were built by a connection to Ole Miss.”

Triplett and his wife, Jackie, established the R. Faser Triplett, Sr., M.D. Restricted Fund for the purpose of renovating the Alumni House, which was then named the Triplett Alumni Center; the Triplett-Behrakis School of Pharmacy Endowment Fund benefiting graduate research in clinical pharmaceutical science; and the Dr. and Mrs. R. Faser Triplett Alumni Center Endowment.

In 2008, the Triplett family established the R. Faser Triplett, Sr., M.D. Chair in Allergy and Immunology Endowment to support the Division of Allergy and Immunology at the University of Mississippi Medical Center. This endowed faculty chair pays tribute to the legacy of care and service Dr. Triplett made both to the people of Mississippi and to the university at large.

“Our father loved Ole Miss with all his heart,” said Chip Triplett of Jackson, the honoree’s son and past member of the UM Foundation Board. “He loved talking to friends and families that felt the same way about Ole Miss. He would be so honored and proud of this designation. I can see his big grin right now after hearing of this award.” “I’m deeply honored to be selected as an emeritus board member,” Yates said. “I am thankful for the opportunity to have served on the UM Foundation board and to see firsthand how the foundation is vital to the university’s success. To now have a continued association with the foundation is an unexpected privilege.”

Executive Chairman of The Yates Companies Inc., the parent company of W.G. Yates & Sons Construction Co., Yates served as chair of the UM Foundation Board and as a member of the School of Engineering Advisory Board.

Yates Construction projects on the university’s Oxford campus include the Robert C. Khayat Law Center, the Tuohy Basketball Center and the Paris-Yates Chapel, a project significantly supported by the Yates family.

In 2000, Yates was inducted into the Alumni Hall of Fame. He also is a recipient of the Engineer of Distinction Award.

The honoree established the Yates Endowment Fund in 2002 to provide funds for the enhancement and enrichment of the University of Mississippi and the state of Mississippi as determined by the fund’s steering committee.

For more information about the UM Foundation, visit www.umfoundation.com. To make a gift to the University of Mississippi, visit give.olemiss.edu.