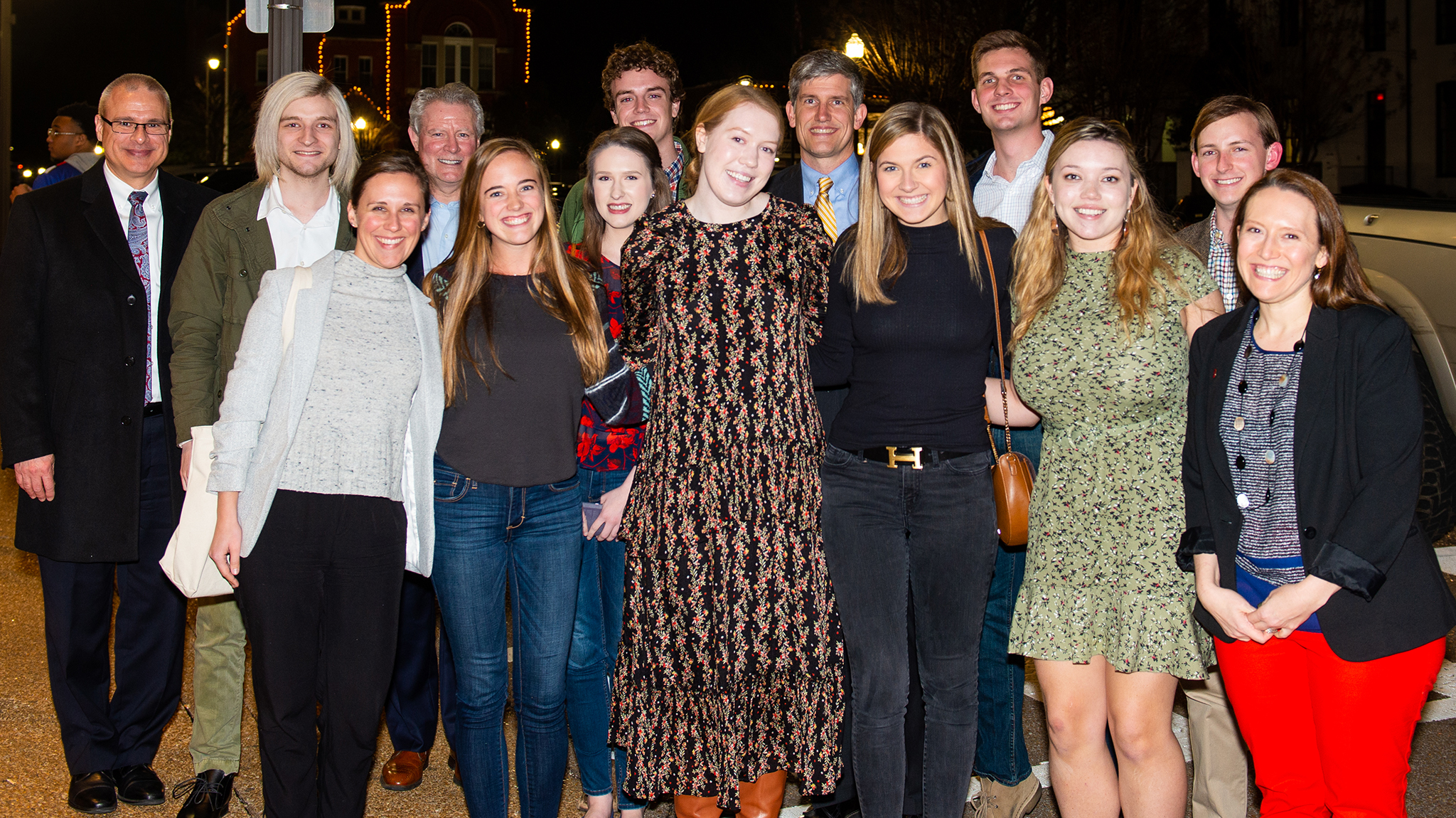 Administrators from the Stamps Scholars program visit Oxford to meet with UM officials and congratulate the Stamps Class of 2020.

With the arrival of 19 incoming freshmen, the Stamps Scholars Program at the University of Mississippi is setting records for growth.

Stamps Scholars are chosen for their academic excellence, leadership experience and exceptional character.

“We are thrilled to welcome the largest class of Stamps Scholars in the program’s history at the university,” said Noel Wilkin, provost and executive vice chancellor for academic affairs.

“Through their hard work and dedication to learning, these students have the ability to accomplish amazing things, serve as an example to other students, and challenge us to build innovative opportunities and experiences. I am fortunate to have the opportunity to engage with them.”

“Ole Miss’ Stamps Scholars benefit from a nurturing campus community with faculty who are deeply engaged in and concerned with the greater national and global communities,” said Randy McDow, executive director of the Stamps Scholars Programs.

“Ole Miss will have the second-largest Stamps program in the nation this fall, thanks to the leadership and personal attention of Provost Wilkin, Dean (Douglass) Sullivan-González, and the faculty and staff that dedicate time to these students. The UM Stamps Scholars program is world-class.”

Nationally the 15th class of 267 Stamps Scholars was selected from more than 263,000 applications. They expressed passion about tackling national and global challenges while making impacts on their campuses and local communities.

The value of the Stamps Scholarships for the new class of 267 scholars over their time in school is worth approximately $44 million.

“Through our partnerships with these great universities and colleges, we are able to support some truly outstanding young people as they pursue their goals,” said Roe Stamps, founder and chairman of the Stamps Scholars Program. “By creating community among them via our conventions and networking, we are helping them connect with others across the country and around the world with similar goals and aspirations.

“This year’s group of new students join us at a time when our alumni network has grown stronger and more capable to be leaders in innovation across STEM, humanities, business and other fields.”

For more about the 2020 Stamps Scholars, visit https://www.stampsscholars.org/.

To learn more about how to support scholarship programs at Ole Miss, contact Katie Morrison, director of foundation relations, at 662-915-2135 or katie@olemiss.edu.