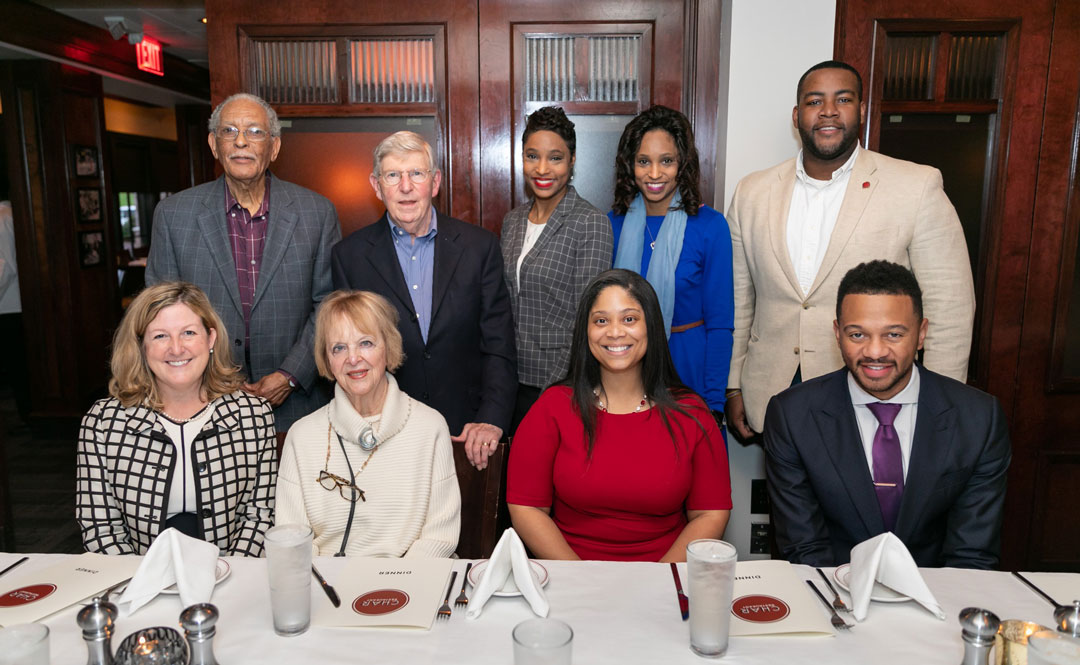 When law professor John Robin Bradley established the Medgar Evers Scholarship Endowment at the University of Mississippi a decade ago, his goal was to help future Mississippi leaders in justice find more open doors than Evers did.

Now, Bradley and his wife, Laura, are committing another $100,000 to continue building the endowment for Ole Miss law students.

Since its inception, the Medgar Evers Scholarship Endowment, named for a civil rights activist, has grown to $300,000 and been awarded to nine students.

“Institutionally we have to be aware of the narrative of our school and be steadfast in trying to welcome, recruit and offer the highest quality education to all students, especially diversity students,” said Bradley, a professor emeritus of law and native of Inverness, Mississippi.

Bradley established the endowment to help increase the law school’s ability to attract high-achieving students who also strengthen the diversity of its student body.

“It is satisfying to know that the law school continues to provide a top-tier legal education to continuing generations of students of all races, including recipients of the Medgar Evers Scholarship in Law,” Bradley said.

“The student recipients will, I feel sure, use their legal education to provide a high level of leadership and service in the public profession of law.”

Remembered nationally as one of the most prominent civil rights workers of his time, Evers of Decatur, Mississippi, applied to the UM School of Law in 1954 but was rejected by the then-segregated school. His initiative and work promoted him to state field secretary for the NAACP, providing a chance to assist James Meredith with enrollment at UM in 1962.

“To me, receiving the Medgar Evers Scholarship means that I am literally living my ancestors’ wildest dreams,” said Conisha Hackett, a third-year law student.

“As a native Mississippian and advocate for civil and human rights, I knew a great deal about Medgar Evers. I learned of his struggle to integrate the law school so he could positively impact the lives of Mississippians through the justice system. I cannot imagine what receiving a denial letter was like during that time.

“On the other hand, the very existence of such a scholarship today – the fact that alumni are invested in the legal education of black, minority and diverse students – and the reality that I am blessed to be a recipient of a scholarship named after Mr. Evers and funded by such esteemed scholars, means the world to me.”

Hackett is externing with the Senate Judiciary Committee by way of U.S. Sen. Cory A. Booker’s office in Washington, D.C., and hopes to be a leader in her home town of Summit in Pike County, Mississippi.

“I pursued a law degree so black people and poor people, but, specifically black youth, from my community could always have someone to look to — someone who could and would advocate on their behalf.”

UM alumna Kye C. Handy of Jackson, Mississippi, agreed that the scholarship was more than a financial boost.

“Receiving the scholarship meant that someone else believed in my dream as much as I did. It meant that someone other than my family recognized my abilities and wanted to foster and help me develop that potential,” said Handy, a litigation associate at Balch & Bingham LLP in Jackson.

However, to those like Hackett and Handy who never had a class with him, Bradley’s legacy is passed down by his former students, now their mentors.

“I was introduced to Professor Bradley by Judge Constance Slaughter-Harvey, who we call Mama Connie,” Hackett said. “She told me how influential he was in her legal career and at the law school over the years.”

“A few days before graduation I was able to meet with Professor Bradley and share with him how grateful I was for the scholarship and how much it meant to me,” Handy said. “His creation and continued support of this scholarship shows only a fraction of how giving he is.”

The Medgar Evers Scholarship in Law Endowment is open to receive gifts from individuals and organizations. Those interested can mail a check to the University of Mississippi Foundation, with the fund noted in the memo line, to 406 University Ave., Oxford, MS  38655.

For more information, contact Suzette Matthews, senior director of development for the UM School of Law, at 662-915-1122 or suzette@olemiss.edu; or visit https://give.olemiss.edu/.