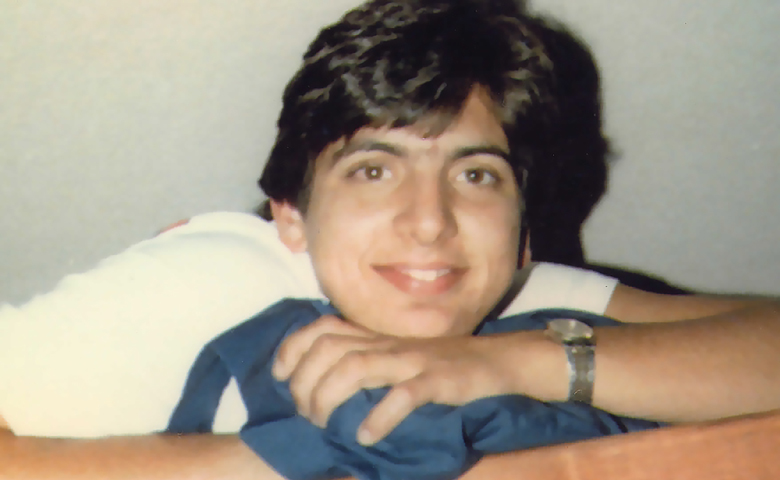 John Couch's legacy will carry on through Kappa Sigma students who receive a scholarship in his name.

Friends and family of the late John Couch of Jackson, Mississippi, hope a scholarship will help University of Mississippi students enjoy college life as much as he did.

“He was one of those guys — you hear about a few of them — who just had joy. He lived life to the fullest,” said Tommy Couch Jr. of Jackson, who graduated from Ole Miss in 1987, two years before his little brother.

During his sophomore year in 1986, John Couch was diagnosed with Hodgkin’s Disease, a blood cancer that begins in the lymphatic system and compromises the body’s ability to eliminate waste and infections. He fought it for six years.

“He didn’t let his illness change who he was,” his brother said, adding that two years after his diagnosis, John Couch was elected president of his fraternity, Kappa Sigma, and led by example. “He would come back from receiving his chemo treatments and be the first one out hauling huge truckloads of trees to build South Sea Island (the fraternity’s spring event venue).”

With gifts totaling more than $65,000, Tommy Couch and a few others recently established the John B. Couch Scholarship Endowment as both a memorial and a way to provide income to full-time juniors who are members of Kappa Sigma fraternity.

“We chose to do it for juniors because that’s when we would be able to identify someone who has really shown a lot of leadership within the fraternity,” Tommy Couch said. “We hope the scholarship will give them the financial freedom to stay involved and contribute even more to the fraternity like John did.”

“I love the fact that this scholarship is not necessarily set up for somebody with the best grades or somebody who has the most accomplishments on paper, but it’s for the student whose heart is big for others. That’s how John lived, and I think it’s how we should all live,” said Ouida Lawrence of Auburn, Alabama. The two high school sweethearts dated through college and married after they graduated from Ole Miss in 1989.

“I miss him every day and I know that he would be so honored that he’s being remembered this way,” she continued. “I think he would hope to see the ripples of love that will run through these students, knowing they have both semesters of their junior year taken care of and that they can just focus on doing great things for others.

“John would drop anything to go help someone. It’s just who he was. He was a model friend,” she said.

“He was a role model for me,” Malouf said. “He was always trying to encourage somebody else.

“John was one of those people you just want to be around and learn from. That’s really what drew me to him and made me want to be more like him.”

Malouf said Couch loved Kappa Sigma, but may have loved watching Ole Miss football more. He even became a cheerleader, so he could have a sideline view at home and away.

“I think John would want this gift to encourage somebody to be the best they can be,” he said. “If this can inspire someone to use all of their assets and abilities to be a better person, that’s what he would want.”

Stewart Madison, a 1968 UM graduate from Jackson, said he contributed to the endowment to honor his friend and business partner of 40 years at Malaco Records, Tommy Couch Sr.

“Hopefully the students who receive the scholarship will really need the financial support,” he said. “A few dollars can go a long way in a young person’s life.”

To support the John B. Couch Scholarship Endowment, individuals and organizations can mail a check to the University of Mississippi Foundation, with the endowment’s name noted in the memo line, to 406 University Ave., Oxford, MS 38655; or visit https://give.olemiss.edu.

For more information, contact William Kneip, associate director of development, at 662-915-2254 or kneip@olemiss.edu.