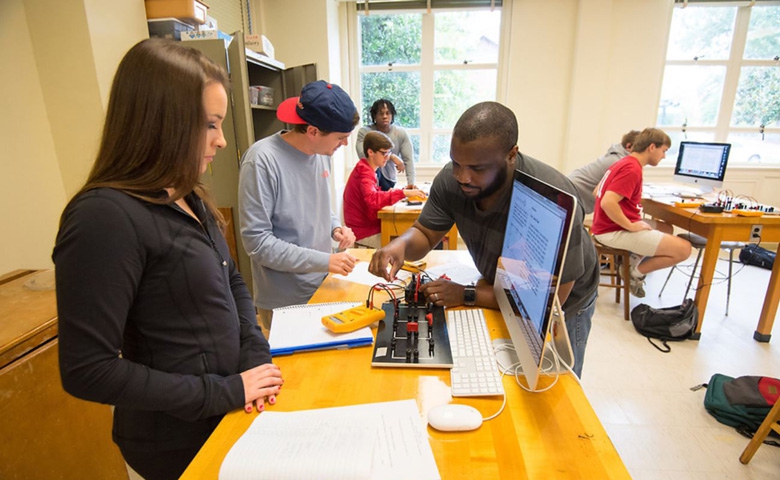 At its annual fall meeting on Nov. 2, the University of Mississippi Foundation Board of Directors unanimously approved the Foundation’s 2018 audited financial statement as presented by audit committee chair Matt Lusco of Birmingham, Alabama.

The growth in Foundation assets is due primarily to continued favorable financial market conditions in the fiscal year ended June 30, 2018. The Foundation’s one-year endowment investment return was 9.6 percent, which was over 2 percent higher than the average returns of Mississippi public universities with endowments over $100 million. It also exceeded the average of the top 10 percent of all endowments for this period as reported by the InvestorForce Performance Reporting Network (iPRN).

For the five-year period ended June 30, 2018, the average Foundation return was 8.1 percent, which is more than 1 percent above the average of five-year returns for the large Mississippi public universities and compares favorably with the top quartile and top decile of endowments reported by iPRN of 7.8 percent and 8.2 percent, respectively.

In commenting on the year-end results, Wendell Weakley, UM Foundation president and CEO, stated, “We are pleased to continue to report above-market returns when compared to our endowment peers as we reduce the volatility risk within our investment portfolio.

“Our Joint Committee on Investments remains focused on controlling those areas that can be controlled: risk and fees. With the recent addition of a 40-basis point development fee to support the University’s fundraising efforts, controlling fund manager fees have never been more important.”

Like virtually all university endowments, the University, Foundation and Medical Center maintain a diversified portfolio of assets intended to smooth the support provided to the University, to the extent possible, when investing in the volatile financial markets. The returns of a diversified portfolio will generally be muted in a bull market such as the nation has seen since March 2009, but adds protection in the down-market periods like the U.S. experienced in 2008 and early 2009.

“While diversification of investments may seem overly conservative in the long bull market we have enjoyed, this October was a not-so-gentle reminder of why we must stay disciplined and focused on the long term,” said Hunter Carpenter, chair of the investment committee. “In October of 2018, we saw the S&P 500 index decline 6.9 percent, essentially erasing its gains from the previous three months.”

On the fiscal 2018 fundraising front, the University’s private support totaled more than $116.6 million from 30,332 donors, giving the University essential resources to continue providing exceptional experiences for students, faculty, researchers, health care patients and providers, citizens served by outreach efforts and visitors to all its campuses.

"Ole Miss alumni and friends are making major investments that transform students' lives and continually enhance the quality of our programs," said Charlotte Parks, vice chancellor for development. "Gifts to higher education also have a far-reaching impact on the economy of Mississippi and beyond, and the resources ultimately improve the quality of life for everyone."

Total private giving to the Oxford campus grew by 7.8 percent over the previous year. Private support for academics increased more than 10 percent.

State support as a percentage of total revenue available for the university's operations was 12.4 percent, making private support all the more crucial.

"We are on our way to realizing our long-range goal of a $1 billion endowment," Weakley said. "We are extremely grateful to our donors who provide this permanent stable funding that can be counted on year after year and will advance the University's mission for generations to come."

To make gifts to the University, go to https://www.umfoundation.com/makeagift/ for academics, https://www.umc.edu/givenow/ for the UM Medical Center or http://givetoathletics.com/forward-together/ for Ole Miss Athletics.