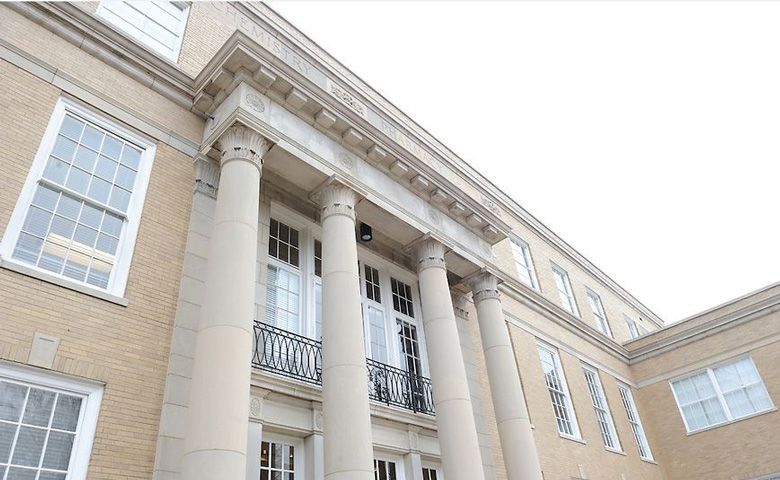 By the time Wade Stinson (BSCE 78) received his bachelor’s degree in civil engineering, he had already decided he would be a lifelong supporter of the University of Mississippi. Forty years later, the Memphis, Tennessee, native is still generously giving financial assistance to his beloved alma mater.

“I’ve always felt it was important for me to give back to Ole Miss engineering,” Stinson said. “In the early years, my contributions were fairly meager as I was just beginning my career. As soon as I was in a position to give more, I joined the Woods Order. After fulfilling my initial Woods Order pledge, I have continued to give at a similar level.”

Most recently, Stinson donated $25,000 to fund a scholarship for a deserving undergraduate civil engineering student in need of financial assistance. Stinson said he realizes that not everyone is as fortunate as he was.

“I earned several scholarships and my parents paid for my college education, so I only worked during the summers to earn spending money,” he said. “I had a roommate and good friend who was not as fortunate and worked several jobs while taking a full course load in civil engineering. I observed firsthand how difficult it could be to work your way through college.

“By establishing this scholarship, I hope to ease the burden for a deserving student like my former roommate.”

“For four decades, Wade Stinson has proven a faithful and generous benefactor of Ole Miss engineering,” Hollis said. “The School of Engineering in general and the Department of Civil Engineering in particular are deeply grateful to him for his gifts and his valuable counsel as a member of the Engineering Alumni Advisory Board.”

Stinson’s journey to the university began as a teenager following his family to Oxford to attend college basketball games.

“My dad received his engineering degree from the University of Tennessee,” Stinson said. “Since we lived in Memphis, he would frequently take me to Oxford to see his Vols play basketball. As we all know, once you’ve seen the Ole Miss campus, nothing else quite compares.”

When he was a senior in high school, Stinson went to Oxford and met with School of Engineering Dean Karl Brenkert and Department of Civil Engineering chair and professor Sam DeLeeuw.

“I was always pretty good in math and science, so CE was somewhat of a natural choice for me,” Stinson said. “Meeting with these two extraordinary gentlemen and educators sealed the deal for me, and I made the decision to attend Ole Miss. It’s a decision I’ve never regretted.”

After graduation, Stinson spent a nearly 40-year career in the electric, natural gas and water utility industry. The first 27 years, he worked for Memphis Light, Gas & Water eventually becoming its vice president of construction and maintenance. After retiring from MLGW in 2005, Stinson joined City Utilities of Springfield, Missouri, where he worked over 12 years as operations executive. He retired in September 2017 and now works part time as a consultant in the energy industry.

“Ole Miss provided me with an excellent technical engineering education, without a doubt,” Stinson said. “My time at Ole Miss also helped prepare me for future leadership roles, which proved invaluable in my career. We learned teamwork from working in groups on various projects.”

As an undergraduate, Stinson served in leadership roles through organizations such as Tau Beta Pi, Chi Epsilon and the American Society of Civil Engineers student chapter. He considers being selected to serve as chairman of the board for the American Public Gas Association as his most significant professional accomplishment.

“APGA is the nationwide association for municipal and community-owned natural gas utilities and has over 700 members in 37 states,” Stinson said. “After serving on the APGA board for several years, I was elected chairman in 2012. This was a very busy yet rewarding year as my duties included meeting with members of Congress, the Federal Energy Regulatory Commission, the U.S. Department of Transportation and the Department of Energy.”

Stinson and his wife, Christy, live in Olive Branch. The couple has two adult children and four grandchildren. In addition to keeping up with the grandkids, he enjoys golf, traveling and attending Ole Miss sporting events.

“Some of our favorite travel destinations are the California wine country, Hilton Head and the Gulf Coast beaches,” Stinson said. “I recently rejoined the Engineers’ Club of Memphis, which has allowed me to reconnect with many friends and former colleagues. I also have more time to spend on physical fitness and try to work out frequently at the DeSoto Athletic Club.”

By Edwin B. Smith