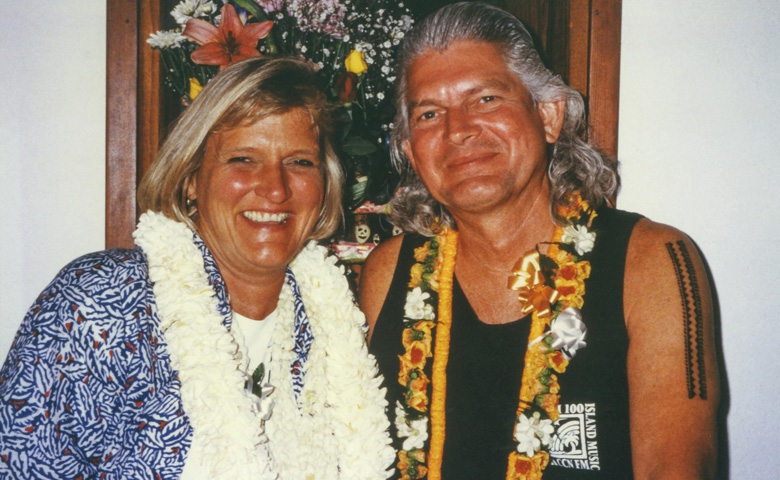 California couple Lynne Ann DeSpelder and Albert Lee Strickland are including in their estate plans support for two
University of Mississippi endowments.

Lynne Ann DeSpelder and Albert Lee Strickland of Capitola, California, have partnered on many projects throughout their lives and someday, even in death, their collaboration will continue when their planned estate gift will support two programs at the University of Mississippi.

The husband and wife will leave an estimated $1 million from their estate to Ole Miss, half to the John T Edge Director of the Southern Foodways Alliance (SFA) Endowment and half to the Center for the Study of Southern Culture’s (CSSC) Music of the South Endowment.

Other donors might find it morbid to speak of their death in a public news release, but much of this couple’s work and interests have focused on human mortality.

“Our work has mainly been in the area of thanatology, studies relating to death, dying and bereavement,” Strickland said.

Realizing that their unique talents and interests meshed — Strickland is a writer; DeSpelder a teacher — the two co-authored the college textbook, “The Last Dance: Encountering Death & Dying,” which was published in 1983 and is now in its 10th edition. Additionally, they are members of the International Work Group on Death, Dying and Bereavement, an invitation-only forum of members from many countries.

“We greatly appreciate Lynne Ann and Albert Lee’s vision in planning this generous gift as well as their ongoing commitment to the SFA,” Chancellor Jeffrey Vitter said. “John T and the SFA have worked tirelessly through the years, building a program through the study of food that has made a deeply transformative impact within the UM academic community and within the lives of our students, alumni and friends.”

“My parents were born close to the turn of the 20th century, raised on farms in Arkansas and told me stories about picking cotton,” Strickland said, adding that his mother graduated from high school and his father only had the opportunity to complete sixth grade. “Even so, he taught himself music and became a full-time music instructor with many students during his life.”

DeSpelder said her parents were both college graduates and became educators. Her mother taught first grade, and her father obtained a doctorate and was a professor of business administration at Wayne University in Michigan.

The appreciation for music that Strickland inherited from his father and the CSSC publications, Rejoice! and Living Blues, contributed to his desire to support the Music of the South Endowment, which is designed to ensure excellence in teaching subjects related to the influence of music on Southern culture.

“I was raised with Southern gospel music, as well as Southern foods, despite being a native Californian,” said Strickland who, starting at age four, performed gospel music with his parents in churches throughout Southern California. Recently, his professional interests have been combined with his lifelong involvement in music, resulting in invitations to perform musical concerts in Australia, Germany, Hong Kong, Italy and Canada, as well as several locations in the United States. These performances focused on themes of death, dying and bereavement as expressed in traditional gospel and blues music.

A shared interest in Southern culture led the couple to Ole Miss, where they have attended the Southern Foodways Symposium and developed a close relationship with SFA Director John T Edge and his colleagues.

“Our affection for Southern culture and for Ole Miss was strengthened by acquaintance with scholars like John Shelton Reed and Bill Ferris, the founding director of CSSC,” Strickland said.

“Albert Lee and I have long been interested in the intersection of food and culture,” said DeSpelder, also a native Californian, who once spent a year traveling the world, exploring foods of many countries and writing a weekly column about her discoveries for The Detroit News.

“Also, we have established friendly relationships with Ole Miss scholars — John T Edge, Charles Reagan Wilson, Ted Ownby, Lee Cohen, Catarina Passidomo and Mary Beth Lasseter, among others — all of whom are involved in areas of study and community outreach that we find exciting and interesting.”

Ownby said the feeling is mutual: “I have enjoyed getting to know Lynne Ann and Albert Lee at SFA events over the years, and I appreciate the range of their interests in foodways and music and all sorts of topics. Their gift to the Music of the South endowment is an important step in helping us fund a professorship in music and Southern Studies, which will be an exciting new addition to our program.”

Sharing a similar admiration, Strickland noted, “Most, if not all, of John T’s books and articles reside in our library and are a testament to the kind of scholarship we want to promote by contributing to the Edge Director Endowment.”

DeSpelder is an educator, author and counselor. As a psychology professor at Cabrillo College in Aptos, California, she developed and taught one of the first interdisciplinary courses on death and dying. Her first nationally published popular writing on death appeared in the November 1977 issue of New Age magazine.

Certified by the Association for Death Education and Counseling (ADEC) as a death educator and as a grief counselor, she was instrumental in developing that organization's Education for Certification program. In addition to producing audiovisual and print resources for death education, she lectures both in North America and internationally to professional, corporate and community groups, and conducts training programs and in-service education for hospices, school districts and health care professionals.

Strickland is a writer whose interests have focused on death-related topics since the late 1970s. His published work includes articles on communication and death and children and death as well as several books on family studies and family life education. He is a former editor of The Forum Newsletter, published by ADEC. A member of the Authors Guild, he is also at work on a screenplay involving religious fanaticism, political shenanigans and nuclear Armageddon.

The John T Edge Director of the Southern Foodways Alliance Endowment and the Center for the Study of Southern Culture’s Music of the South Endowment are open to gifts from individuals and organizations. Checks with the fund noted in the check’s memo line may be mailed to the University of Mississippi Foundation, 406 University Avenue, Oxford, MS 38655. Gifts can also be made online by visiting www.umfoundation.com/makeagift or by contacting Nikki Neely Davis, executive director of development, at 662-915-6678 or nlneely@olemiss.edu.