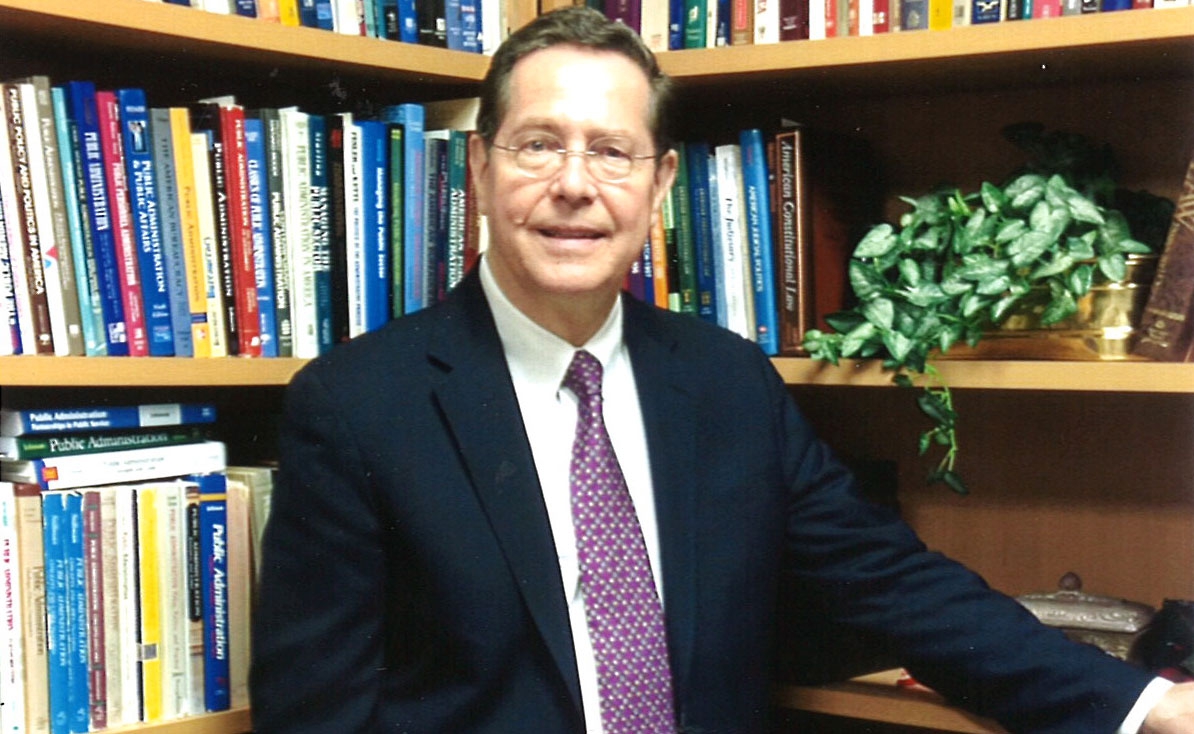 Dwight Tays of Nashville, Tennessee, says the University of Mississippi gave him the knowledge base he’s needed to be successful throughout his more than four-decade career as a political science educator. Now, he wants to give back.

“The Department of Political Science at Ole Miss not only provided me with a sound education but also inspired me to make societal contributions beyond the classroom,” said Tays, who hopes his recent $100,000 planned gift will be used to help the department “reach greater heights.”

Tays earned a doctorate degree from Ole Miss in 1982, saying he was drawn to the campus by its beauty and by the hospitality of its people, specifically the personable encouragement of John Winkle, professor emeritus of political science. Tays also has degrees from the University of North Alabama and George Peabody College.

“I want to help show my deep appreciation to the university through a planned gift for what I had received and for opening doors of opportunity for me,” said Tays, retired professor of political science at Lipscomb University, where he spent 29 of his 40-plus years of teaching and also served as chair of the Department of History, Politics and Philosophy. Prior to Lipscomb, Tays was on the faculties of East Central Oklahoma State University in Ada and Lambuth College in Jackson, Tennessee.

“One of the best things about being a political science professor is there is always something current,” Tays said. “That has been rewarding to me to look at some of those needs and think about how to solve them in policy-making and with students — to get them thinking about solutions as well. To teach how to think, not what to think, but to look analytically at a problem and try to come up with solutions.”

Outside the classroom, Tays worked for former Tennessee Gov. Phil Bredesen for a semester, helping with the alternative licensure of teachers and expansion of home and community health care. He also took a sabbatical to work with Rep. Jim Cooper (D-TN), conducting research on how to keep children in school. Additionally, he worked with the late Tennessee Gov. Ned McWherter.

“These experiences provided me the opportunity to have input concerning public policy, which was very gratifying,” said Tays, whose areas of academic specialization include American government, public law and public administration.

Additionally, Tays has served as president of the Tennessee Political Science Association, on the Board of Visitors of Abilene (Texas) Christian University, on the academic advisory committee for the Tennessee Legislative Internship Program, as co-chair of the membership committee of the American Society for Public Administration (Middle Tennessee Chapter), and on the Board of Directors for Nashville Christian School.

His research includes a study of the legal status of Indian Nations within the U.S. political system, empirical application of theoretical concepts of presidential decision-making and formulating policy and administrative recommendations at the state level.

“To have such an esteemed and accomplished colleague want to give back because of the education he received here speaks very well for our department, our program and our university,” said John Bruce, chair of the UM Department of Political Science. “We are extremely grateful to Dr. Tays for his gift, which will certainly help ensure that our department continues to provide excellence in political science education.”

“This gift illustrates something we love to see, time and again, at Ole Miss: alumni who have found such value in their own education that they want others to have the opportunity to experience that same success,” said Sandra Guest, vice president of the UM Foundation. “It’s a cycle that directly benefits our students and ultimately all of us as they go forth from here and begin to live out their careers. Our hope is that those students will one day want to give back as well.”

For information on including the University of Mississippi in long-term estate and financial plans, alumni and friends can visit www.umfoundation.planmylegacy.org or contact Sandra Guest at 662-915-5208 or sguest@olemiss.edu.