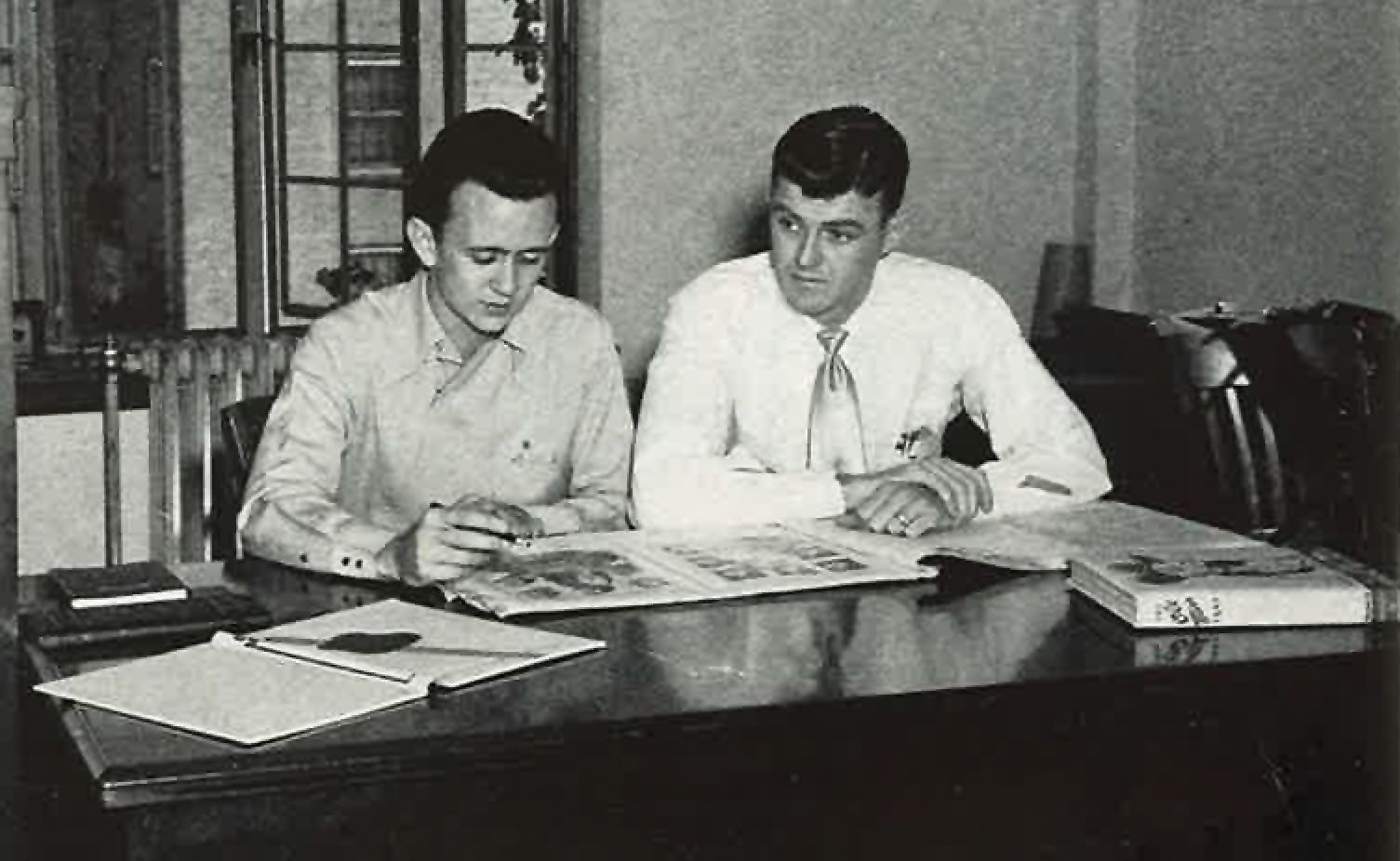 Throughout his life, University of Mississippi alumnus Buddy Shaw has been a giver. He has given of his time, his possessions, his money and his talents. His giving spirit even extended to being a match-maker for his college roommate.

“Buddy Shaw is responsible for the wonderful life I’ve had,” said Betty Dunn of Nashville, Tennessee. “I met Buddy the first day I was on campus. I walked to the dormitory on move-in day and he was there meeting all the girls. He said, ‘Betty, you sure are cute but I’ve already got a girl, so I want you to meet my roommate. I think you all are made for each other.’”

One blind date later and the then Betty Prichard had met the man of her dreams, Winfield Dunn, to whom she’s been married for 66 years.

“So how about that? Do I owe my life to Buddy or not?!” Betty Dunn exclaimed. “It’s been fantastic!”

Shaw hopes his recent gift to establish a scholarship at Ole Miss will similarly create fantastic lives for generations of UM students. The Norman E. Shaw Scholarship Endowment is available to full-time entering freshmen from Mississippi, selected on the combination of high merit and financial need.

“Mr. Shaw’s generous gift is a testament to how much he cared for the University of Mississippi and his desire to help improve the lives of those around him,” said Denson Hollis, director of development for Ole Miss. “His gift will be very much appreciated for years to come.”

Recipients may retain the scholarship up to eight semesters while on good academic standing.

“I hope it will give people who really want to go to college and are bright students the chance to have a good education like Ole Miss gave me,” said Shaw, a 1950 UM graduate from Jackson, Mississippi, who has lived in Corsicana, Texas, since 1968.

Shaw remembers the Sunday afternoon in September 1946 that he arrived on campus, having spent the summer after high school with his grandmother in Los Angeles, California, where he went sightseeing and danced to bands such as the Dorsey Brothers, Stan Kenton and Les Brown, featuring a 21-year-old singer named Doris Day.

Shaw enrolled at Ole Miss at the time hundreds of young World War II veterans were returning to college.

“We swelled from 1,100 students to 3,100 and the men were 8-to-1 over the women. So the ladies had no trouble getting dates. Nobody but Blind Jim ever had more fun at Ole Miss than I did,” Shaw recalls, referring to James “Blind Jim” Ivy, a peanut vendor on campus known for his 60-plus years of enthusiastic loyalty to Ole Miss athletics.

Shaw plugged himself into campus life wherever possible. He was editor of the yearbook, a cheerleader who nearly froze on the sidelines of the Rebels’ victorious game against Texas Christian University, and a member of the Cardinal Club and Kappa Alpha fraternity. He also performed with various university choirs and other singing groups.

He recalls good times with one group in particular: “Winfield Dunn, Sam Allman from Gulfport, Mississippi, John Gautier from Pascagoula, Mississippi, and I got together for hamburgers one night at the drive-in out on the highway and founded the world famous Kappa Alpha Quartet. We had more fun with that thing. We sang wherever anybody wanted to hear us.”

His senior year, Shaw was inducted into the Omicron Delta Kappa national leadership honor society and was named to the Hall of Fame.

“Buddy is a unique person. He is a great athlete in that he plays excellent golf and he is devoted to certain things in life. One of them is the printed word and the most important that I know of, other than his church and his marriage, is the University of Mississippi,” Winfield Dunn said. “He loves Ole Miss and has had a very positive relationship with the university from the time he was editor of the annual until this very day.”

After college, Shaw took a job with Benson Printing Company in Nashville, Tennessee, where he met the woman who would become his wife of 60 years, the late Gloria Davitt Shaw. The couple had two daughters.

Shaw was employed by Benson Printing for 18 years, becoming partner before moving the family to Corsicana. There, he worked as a partner and executive vice president with the world-renowned Collin Street Bakery, famous for its fruitcakes and more recently for Grandma Shaw’s Pecan Pie.

“My mother got to be legally blind and after Dad died I moved her down here to Texas from Jackson and I said, ‘Mother, we need a good pecan pie recipe and yours is the best. Can we have it?’” Shaw said. “So we got together in my kitchen after church and she did a pinch of this and a pinch of that and I said, ‘No Mother, we’ve got to make 500 of these things at once so we better get it in the computer.”

The Collin Street Bakery sells more than $500,000 worth of his mother’s pecan pie each year.

Shaw retired in 1998, having served as a board member for Data Dallas Corp. and the Ole Miss Alumni Association. He also served as president of the Corsicana Country Club, the YMCA and the Chamber of Commerce.

The Norman E. Shaw Scholarship Endowment is open to gifts from individuals and organizations. To contribute, send checks with the endowment name noted in the memo line to the University of Mississippi Foundation, 406 University Ave., Oxford, MS 38655; visit www.umfoundation.com/makeagift; or contact Denson Hollis at dhollis@olemiss.edu and 662-915-5092.