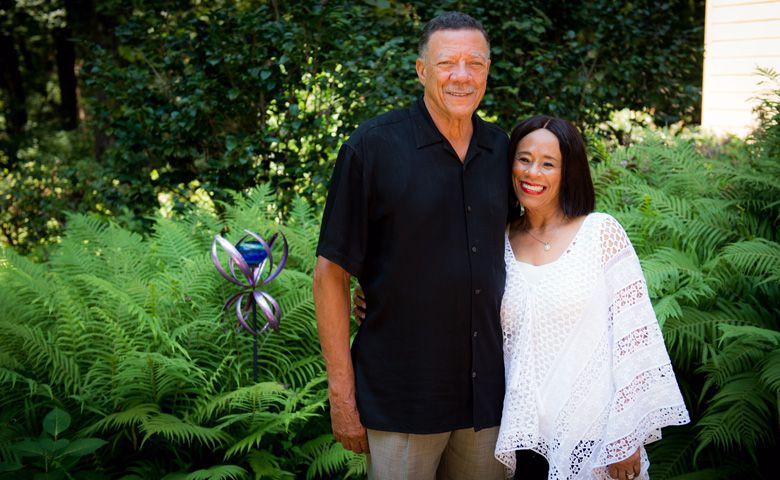 Since becoming the first African-American graduate of the UM Law School in 1967, Anderson of Jackson, Mississippi, and his wife Phyllis have committed more than $200,000 to the law school, to the William Winter Institute for Racial Reconciliation and to the University of Mississippi Medical Center.

“The law school gave me so much. If it wasn’t for the law school, I probably wouldn’t be a lawyer. The people I had contact with when I was there played a major role in my life and I want them to be remembered,” said Anderson, specifically naming Josh Morse, former law dean.

Anderson is a senior partner at the law firm of Phelps Dunbar LLP. He attended Jackson Public Schools and received a bachelor’s degree in history from Tougaloo College in 1964 before enrolling in law school. In 1967, he was admitted to the Mississippi State Bar. His professional experience includes Mississippi Associate Counsel, NAACP Legal Defense and Educational Fund, Inc., 1967-75; a partner with Anderson, Banks, Nichols & Stewart, 1968-77; municipal judge for the City of Jackson, 1975-77; county court judge for Hinds County, Mississippi, 1977-82; Circuit Court judge for the 7th Circuit Court District of Mississippi, 1982-85; Mississippi Supreme Court Justice, 1985-90; and Jamie L. Whitten Chair of Law and Government at UM, fall 1995.

“All of it can be attributed to the fact that I got a solid legal education at the Ole Miss law school,” Anderson said, adding, “I’ve always thought the law school was a great institution. I think it’s world-class. It has a great faculty and leadership and a great incoming new dean.”

Dean Susan Duncan is grateful for Anderson and other alumni and friends who choose to support the law school.

"We are so appreciative of Reuben Anderson and his support to the law school,” she said. “Gifts like his enable us to offer scholarships to our students, which help alleviate the financial burden of a legal education. Mr. Anderson is truly making a difference with his contribution."

Anderson received a wealth of recognitions throughout his legal career. Among others, he is the first African-American to serve on the Mississippi Supreme Court, the first African-American president of the Mississippi Bar, and listed in The Best Lawyers in America. He was inducted into the National Bar Association Hall of Fame in 2009, the UM School of Law Hall of Fame in 2011 and the Ole Miss Alumni Hall of Fame in 1995. He was presented the Mississippi Bar’s Lifetime Achievement Award in 2007 and is the namesake for the Reuben V. Anderson Pre-Law Society at Tougaloo College. He also provided leadership as president of the state Chamber of Commerce (MEC), 2001, and as a member of the UM Foundation board of directors.

Anderson is a member of the 100 Black Men of Jackson and the U.S. Supreme Court, the American, Mississippi, Hinds County, Magnolia, National and U.S. Fifth Circuit Court of Appeals bar associations.

The Andersons have three children — Vincent, Raina and Rosalyn — and two grandchildren, James and Anderson.

“We are at a time when private support is essential for law students and ultimately the stability of the law school itself,” said Suzette Matthews, development officer for the school. “Mr. Anderson's vision for the future will impact the lives of hundreds of law students and help to shape law practice in Mississippi in the future. We are deeply grateful for his generous support.”

Individuals and organizations may make gifts to the Reuben V. Anderson Law Scholarship Endowment by mailing a check with the designation noted in the memo line to the University of Mississippi Foundation, 406 University Ave., Oxford, Miss. 38655; visiting www.umfoundation.com/makeagift or contacting Suzette Matthews at 601-937-1497 or suzette@olemiss.edu.