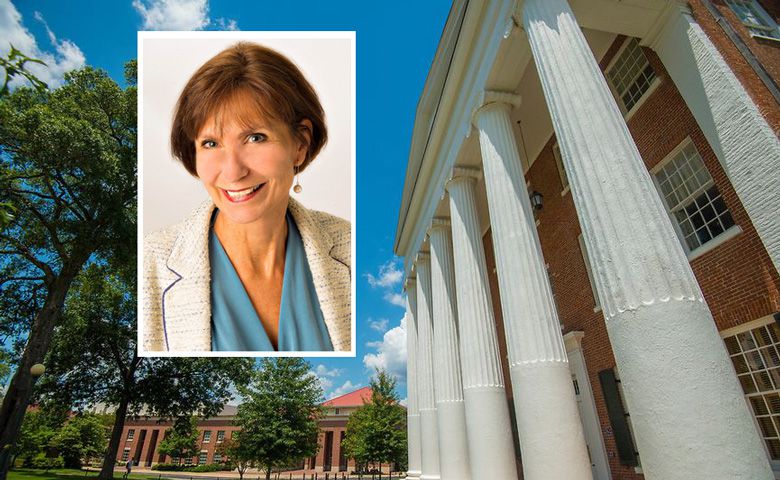 The University of Mississippi has named Charlotte Parks as new vice chancellor for development.

During his investiture in November 2016, Chancellor Jeffrey S. Vitter announced major initiatives for the University of Mississippi that will require significant philanthropic support and increase the school’s endowment support for faculty, staff and students.

During that same address, Vitter committed to increasing the university endowment from $600 million to $1 billion.

Less than a year later and following a national search, Charlotte Parks, a seasoned fundraiser with more than 25 years of experience in higher education advancement, has been named the inaugural vice chancellor for development at UM.

“Philanthropic support from our alumni and friends is the key factor in achieving and maintaining our success as a flagship university,” Vitter said. “Increasing our endowment is vital to long-term academic excellence and advancing our research endeavors.

“Charlotte Parks is an innovative and experienced development executive who brings a fresh perspective to this tremendously important and newly created position.”

As a direct report to the chancellor, Parks will lead development officers on the Oxford campus, in athletics and at the Medical Center in Jackson to ensure that all fundraising efforts are strategic and effective and support universitywide goals. Private support for the university has exceeded $100 million in each of the last five years, and Parks hopes to continue to advance that unprecedented support in her new role.

“It is exciting to see the incredible support from alumni and friends,” Parks said. “We will build on that generosity to help fund the university’s aspirations to become an even greater public international research university and to ensure that every qualified student admitted can enroll and gain an exceptional education.

“The support is also important for providing superb health care to Mississippians and taking care of those far beyond Mississippi.”

Parks comes to Ole Miss from the University of South Carolina, where she was senior associate vice president for development. At USC, she led fundraising for all colleges and oversaw principal gifts, donor relations and stewardship.

Before joining South Carolina, Parks directed a $300 million comprehensive campaign for Georgia State University and led all fundraising efforts for the university’s Robinson College of Business. Earlier in her career, she served as vice president for resource development at Roanoke College and associate dean for external affairs in the School of Public Health at the University of North Carolina at Chapel Hill.

She began her career at Rhodes College, where she worked in admissions before moving into advancement.

Parks will officially assume her duties Sept. 1. She is eager to lead the university’s advancement efforts and support the initiatives crucial to a Carnegie R1 highest research activity institution.

“I cannot wait to meet all the people who make up the University of Mississippi: the students, faculty, alumni, staff and friends,” Parks said. “There is so much happening at Ole Miss that the excitement is infectious. I so much want to be a part of helping it reach its full potential.”

A 1983 Rhodes College graduate, Parks holds a bachelor’s degree in psychology. She received her master’s degree in education from Bowling Green State University in 1985.