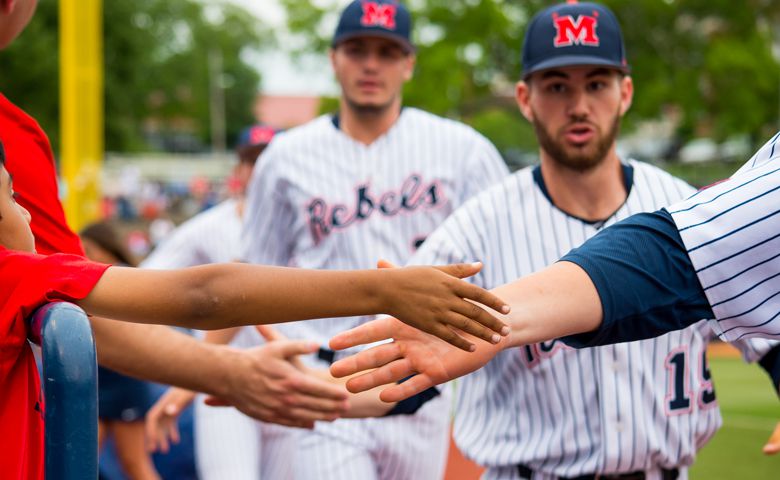 A ritual has emerged within Ole Miss Baseball that compels the Rebels to pump their fists in unison to the beat of the 2007 hit song “Love is Gone.” Now, with a major gift, the sport’s fan base wants to show its players that the love is back.

“As a former player and coach, I’m happy to see these improvements being made on behalf of the players,” said Matt Mossberg, associate athletics director for development and major gifts. “Everyone knows the allure of Swayze Field, and the previous enhancements to the stadium have been crucial to that fan experience. Personally, I am extremely excited to help in the effort to improve the space our talented coaches and student-athletes work in every day.”

Thanks in part to the Bullpen Club’s gift, players will soon enjoy a state-of-the-art locker room and team meeting room, new hitting and pitching facilities, weight room enhancements and more. The gift will also help fund the M-Club Rooftop Plaza, which utilizes space on top of the performance center for additional seating.

“When I arrived here in the summer of 2000, one of the first people I met was Ernie LaBarge, the president of the Bullpen Club. I knew I wanted Ernie and the Bullpen Club to be an integral part of the program,” said Mike Bianco, head baseball coach. “Ernie built the club to over 1,000 members before his passing and then the club was named in his memory. The ELBC has continued to be instrumental in our growth as a program, helping supplement our budget.”

A longtime friend of the university and Rebel fan, LaBarge passed away in March 2008.

Of the Bullpen Club’s gift, $100,000 was donated as part of the $200 million Forward Together campaign, which was launched in 2011 to strengthen Ole Miss Athletics in its continuous commitment to excellence. The additional $50,000 of the gift is committed to support other baseball projects within Ole Miss Athletics.

Keith Carter, senior associate athletics director for development and executive director of the Ole Miss Athletics Foundation, said these team-related stadium enhancements are possible because of private giving. Previous stadium renovations, such as the addition of the Diamond Club, were made possible by revenue-generating components, such as the sale of premium seats.

“While there are some new premium seats in this renovation, philanthropy is key to this whole project,” Carter said. “We needed people to step up and the Bullpen Club once again did that. I believe our players will be very grateful.”