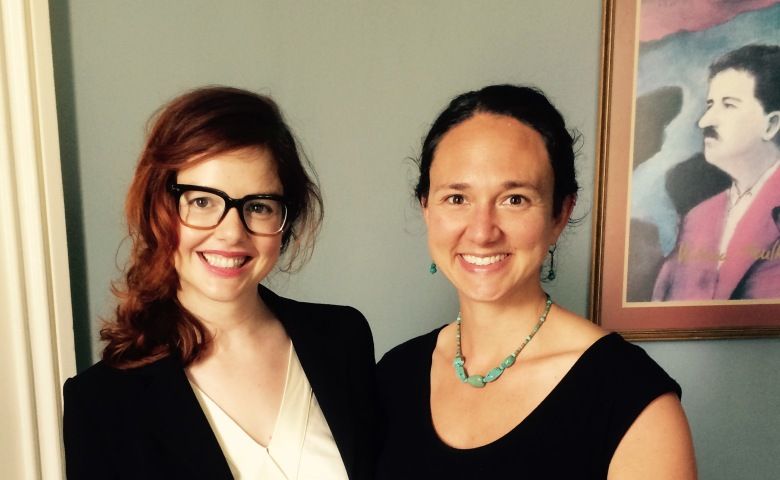 The Chisholm Foundation of Laurel, Miss., has generously contributed additional support to an endowed professorship in Southern foodways at UM. Named to the faculty position in 2014 as a joint appointment in Southern Studies and Anthropology, Catarina Passidomo has brought a focus to foodways in the classroom at the Center for the Study of Southern Culture (CSSC), helping to meet the growing demands of students flocking to UM with interests in documentary and anthropological work like that of the Southern Foodways Alliance, housed at CSSC.

“The study of foodways has become a central approach to understanding issues of race, class, gender, economy and identity for scholars of cultural life,” said Ted Ownby, director of the CSSC and professor of History and Southern Studies. “In the past generation, growing attention to the body, the senses, health and gender has combined with scholarship on globalization, ethnicity and identity to elevate foodways studies’ place among the humanities.”

"Catarina is already proving herself a keen mentor to Southern Studies graduate students," said John T. Edge, SFA director. "And her research, on post-Katrina food justice efforts in New Orleans, sets a bar for contemporary foodways research. Thanks to the Chisholm Foundation, teachers like Catarina are making the University of Mississippi a national locus of foodways scholarship."

Individuals and organizations interested in learning more about supporting the work of the SFA can contact Nikki Neely Davis at nlneely@olemiss.edu or 662-915-6678. Gifts also can be made online at www.umfoundation.com/makeagift or by mailing a checking with Southern Foodways Alliance in the memo line to the University of Mississippi Foundation, 406 University Ave., Oxford, Miss. 38655.

The Southern Foodways Alliance documents, studies and celebrates the diverse food cultures of the changing American South. The SFA sets a common table where black and white, rich and poor – all who gather – may consider history and the future in a spirit of reconciliation. A member-supported non-profit institute of the Center for the Study of Southern Culture at the University of Mississippi, the SFA sponsors scholarship, mentors students, stages symposia, collects and shares oral histories, and produces and publishes books, films and podcasts. For more information, visit www.southernfoodways.org and follow on Twitter @Potlikker.