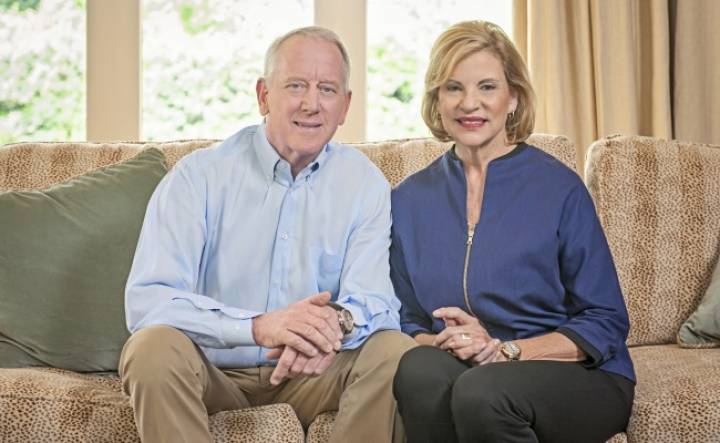 Archie and Olivia Manning announced today the launch of a campaign to boost the University of Mississippi Medical Center’s commitment to improving the health of the state’s residents.

With the launch of the Manning Family Fund for a Healthier Mississippi, the state’s First Family of Football has loaned its celebrated name to the cause of bettering the lives of all Mississippians.


Details of the donor-supported program were revealed today at an event attended by Mississippi natives Archie and Olivia Manning at UMMC in Jackson.

This new partnership between the Mannings and UMMC will raise money to battle a variety of health-care challenges frequently confronted by the Medical Center, such as heart disease, kidney disease, hypertension, cancer, dementia and many more.

“Olivia and I have a close relationship with Mississippi and still get back to Mississippi a good bit,” said Archie Manning, who lives with his wife in New Orleans.

“This is taking another step to do something to help the people in our home state.”

UMMC will also commence a public awareness campaign in August for this long-term project, which extends the philanthropic bond the family has already established with UMMC. This includes An Evening with the Mannings presented by Bank Plus, a series of fund-raising events held between 2007 and 2011 that collected more than $2.9 million to benefit Friends of Children’s Hospital and the children’s clinics at Blair E. Batson Hospital for Children.

In the midst of that earlier campaign, in 2009, the Legislature recognized Archie and Olivia Manning and their three sons as Mississippi’s First Family of Football.

Drew native Archie Manning was a star quarterback at the University of Mississippi and in the National Football League. Since his playing days with the New Orleans Saints, he has backed many charitable causes.Olivia Manning, the former Olivia Williams of Philadelphia, is known for her charitable work and was honored in 2011 by the Ole Miss Women’s Council for Philanthropy with its Legacy Award.

Their sons Peyton and Eli are Super Bowl-winning quarterbacks, while oldest son Cooper, a business professional, was an all-state receiver in high school and was destined to play for Ole Miss until a spinal condition ended his football career.

Archie and Olivia Manning are the most visible supporters of the Fund for a Healthier Mississippi, but the entire Manning family, including spouses, is behind it: Eli and Abby Manning, Cooper and Ellen Manning, and Peyton and Ashley Manning.

The family’s connection with the Medical Center blossomed several years ago after Eli Manning was touched by his visit with children at Batson Children’s Hospital; this sparked an Evening with the Mannings, the drive that funded the relocation and improvement of the pediatric clinics – renamed the Eli Manning Children’s Clinics.

“Eli called me and said, ‘Dad, this is what I want to do,’” Archie Manning recalled. “That kind of jump-started what became a fun and successful happening, which raised a substantial amount of money for the clinics.

“As a parent, I was very proud of Eli and Abby. Once it was completed, the most gratifying things were the letters and calls Olivia and I got from parents and from doctors.”

During their involvement with UMMC, Archie and Olivia Manning developed a friendship with Dr. Dan Jones, UMMC vice chancellor at the time and now chancellor of Ole Miss.

“The Manning family is beyond gracious to lend their name and support for better health for Mississippians,” Jones said, referring to the new health initiative.

The friendship has spread to Jones’ successor at UMMC, Dr. James Keeton, the current UMMC vice chancellor for health affairs.

It was during Archie Manning’s visits with Keeton that the idea for the Manning Family Fund evolved.

“The Manning name has been synonymous with football, but it’s also become synonymous with helping others,” Keeton said. “Our state has huge health needs but limited resources.  We couldn’t ask for a better partner in our mission to achieve a healthier Mississippi than the Manning family.”

“We are very familiar with Mississippi and its needs,” Manning said.

“I lost my dad a long, long time ago, and then my mom, but I still have friends in Drew.

“Olivia still has family in Philadelphia. We have a lot of friends in small towns in Mississippi and know what’s going on.

“This is just recognizing the needs we should all be concerned about, the overall health of Mississippians.”

Donations to the Manning Family Fund for a Healthier Mississippi can be made online, on the fund’s web site at www.manningsforhealth.org, or they may be sent to Sara Merrick, Office of Development, University of Mississippi Medical Center, 2500 N. State St., Jackson, MS 39216. For more information, call Sara Merrick at 601-984-2302.