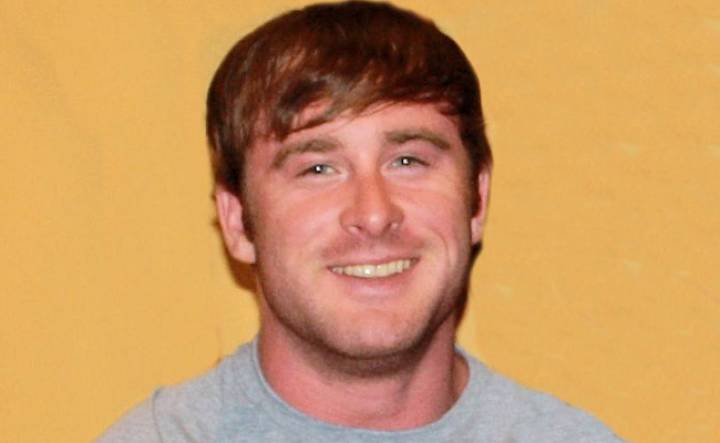 The life of the late Ryan Malone is being honored through several gifts to the Department of Health, Exercise Science and Recreation Management in the UM School of Applied Sciences.

Ryan Malone's life was defined by his great love of people and the calling he felt to help others with their health and physical issues.

The University of Mississippi graduate student majoring in kinesiology was only 24 when he died in September 2012, but his passions and dedication will live on through the countless lives he touched and now through two new funds created by his parents Phil Malone, retired chair and associate professor of finance at Ole Miss, and Charlotte Malone, a retired teacher with the Oxford Public School System.

"Ryan had already earned a Bachelor of Science degree in exercise science with a minor in biology and was completing a master's degree," said Phil Malone. "He was fascinated with the science of motion and had some ideas on prosthetics that he thought would be effective. Since high school he had worked with people to set up their exercise programs. He later became a certified personal trainer and worked at the Turner Center on campus."

Charlotte Malone said the academic field Ryan pursued worked well with his personality. "He had a deep love for people. Instead of focusing on himself, he always took time to listen to people and give his opinion when asked. He enjoyed studying the human body and was respected for his knowledge in that area. Phil and I enjoyed and benefited from listening to Ryan discuss kinesiology and the human body. We were always amazed at how he could explain the workings of the human body in easy to understand terms. He was a good example of how well students are taught at Ole Miss. With this gift, we want to honor him through the university department he loved."

Created to provide scholarship assistance for those students majoring in exercise science, the Ryan P. Malone Memorial Endowment has been established by the Malones with a planned gift of $1.25 million. The annual income from the endowed funds, which will be held permanently, can also be used to support student activities and programs.

In addition, the Malones have created the Ryan P. Malone Graduate Assistantship and a Senior Achievement Award Fund by committing gifts to provide financial assistance each year to a student pursuing a graduate degree in kinesiology or a related field in the department of exercise science as well as providing a $1,000 annual award to an outstanding senior exercise science major who has plans to pursue a graduate degree in the same field. Initial recipients of the inaugural assistantship and senior award will be selected this spring.

John Garner, interim chair of the Department of Health, Exercise Science and Recreation Management in the School of Applied Sciences, taught Malone in both undergraduate and graduate classes and described him as a model student.

"Ryan lived and breathed exercise science, a field he had chosen to pursue for academic study. He was dedicated to learning everything he could, but he actually lived it for his own personal health," Garner said. "Ryan asked thoughtful questions, always delving deeper than others, and he often stayed after classes to clarify points. The aspect of his personality that I will always remember was his inquisitive nature. He wanted to learn as much as possible and was so passionate about the field. I have no doubt that he would have gone on to be a strong Ph.D. candidate. Ryan also was both very personable and professional.

"The Malones' gifts are a fitting way to remember Ryan because he loved Ole Miss and loved this program. Their support represents the largest, single private contribution ever designated for this department, and it will make a tremendous difference in the future. The graduate assistantships and senior awards funded by the Malones will provide a tangible way for rewarding students for a job well done," Garner said.

UM Chancellor Dan Jones said Ryan Malone will always be a part of the university.

"Ryan will live on in the Ole Miss family, and his spirit will be felt across our campus, where he literally grew up. He enjoyed a lifelong relationship with this university, and we are grateful he chose Ole Miss for his college home," said Jones. "We will think of him when we see other students immerse themselves in their chosen field of study and strive to serve others through their lives and future professions. We thank Charlotte and Phil Malone for paying tribute to their son's life by assuring other students will have meaningful opportunities."

Phil Malone said when his only child graduated from Oxford High School he tried to get him to look at other universities as a means of comparison. "Ryan wouldn't hear of it. It was World War III, and I lost the war. He was a fun kid with overly conservative parents. He loved being with his friends, and he loved Oxford and Ole Miss."

Charlotte Malone agreed, smiling, "Ryan and Phil had a relationship filled with great humor. I was the serious one. I would want students who are helped by these funds to know that Ryan loved life and being a Christian was reflected in the ways he treated and interacted with people — they were important to him."

Both veteran educators and from families of teachers, the Malones delighted in seeing their son navigate his academic journey and feel as though Ryan may have gone on to teach. Phil of Arab, Ala., and Charlotte of Jacksonville, Fla., met at Berry College as undergraduates and continued graduate study at the University of Florida. "We had scholarships and fellowships all the way through college, which is also a reason we wanted to set up these funds to help others," said Phil, a longtime member of Ole Miss' Department of Finance who was selected to receive the university-wide Elsie M. Hood Outstanding Teacher of the Year Award.

Charlotte Malone decided at a very early age to become a teacher, a profession she pursued for 30 years. Once the couple settled in Oxford, she taught at both Bramlett Elementary and Oxford Elementary.

The Malones said Ryan was active and competitive. He was a member of College Hill Presbyterian Church. While an Oxford High School student, his peers voted him "Most Dependable" in the senior class of 2006. He was a 2005 medalist in pole vaulting at the state level and later became an avid bodybuilder. In his first entrance in a formal competition, the Mississippi Classic Body Building, he captured second place in the middle weight category and was planning to participate again.

The Malones have also have committed a major planned gift to the Department of Finance in the School of Business Administration, designated for faculty support and non-scholarship support of student activities.

"It was Phil who recruited me to Ole Miss when he was chair of the Department of Finance. He has been a friend, mentor and role model with his continued dedication to the department and to the education of our students," said Ken Cyree, dean of School of Business Administration. The Malones' gift will provide support that is consistent with their values and aligns with honoring Ryan's desire to help people, so we are honored and grateful for their generosity. Their commitment to us is indicative of the wonderful people they are, and their altruism to the university shows their dedication and love for their colleagues and friends here. We are humbled by their gift and the legacy they will leave."

Those individuals and organizations interested in supporting the Ryan P. Malone Memorial Endowment or the Ryan P. Malone Graduate Assistantship and Senior Achievement Award Fund can send a check with the fund noted in the memo line to the University of Mississippi Foundation, 406 University Avenue, Oxford, MS 38655; visit www.umfoundation.com/makeagift; or contact Michael Upton, director of development for the School of Applied Sciences, at 662-915-3027 or mupton@olemiss.edu.