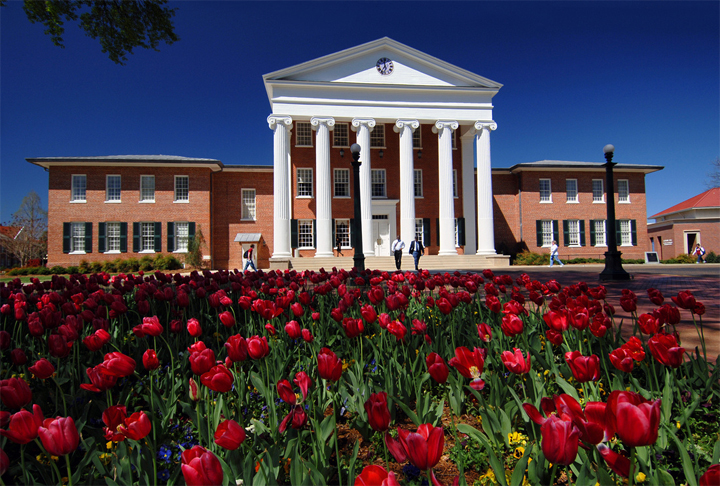 With the announcement today of $122.6 million in fiscal 2012 private support to the University of Mississippi, donations to the state’s flagship university achieved the second-highest year of giving in its 165-year history.

"This is an extraordinary demonstration of the generosity and commitment of Ole Miss alumni and friends," Ole Miss Chancellor Dan Jones said. "A tough economy makes this support especially noteworthy, as donations from our supporters came within $600,000 of the all-time record ($123.2 million) set in 2002."

Donors have directed a significant majority of 2012 gifts to support academic leadership and student scholarships, Jones said. Support for athletics is up significantly, as well, due to the tremendous support by fans for the university’s Forward Together campaign.

"These gifts are essential to delivering on our promise to Mississippi of national leadership in higher education and service programs that advance our state," Jones said. "The rewards of these donations can be seen in the top faculty and staff who have been attracted to our commitment to leadership and the national rankings and honors for so many of the educational opportunities offered at Ole Miss."

Among programs honored for national leadership in 2012 are the Sally McDonnell Barksdale Honors College, the Patterson School of Accountancy, the School of Business Administration, the School of Law, the University of Mississippi Medical Center, the School of Pharmacy, and the Master of Fine Arts in Creative Writing program, the forensic chemistry program and the Army ROTC department, all within the College of Liberal Arts.

"Our supporters are seeing solid evidence of a tremendous return on their investments in Ole Miss," said Wendell Weakley, president and CEO of the University of Mississippi Foundation. "Whether it is our No. 1 ranking by Forbes in the five-state mid-South region or our top 10 ranking in the United States for our School of Accountancy, the investments by our donors are paying huge dividends. We deeply appreciate this continued support, and we are thankful for the trust placed in our university and our foundation."

The fiscal 2012 total includes more than $38 million in gifts and pledges that are part of annual athletics fundraising efforts and also gifts and pledge commitments to be received as part of the Forward Together campaign. The campaign has surpassed the $65 million mark on its way to a goal of $150 million.

When combined with deferred and planned gifts committed in 2012, total private support was $122.6 million.