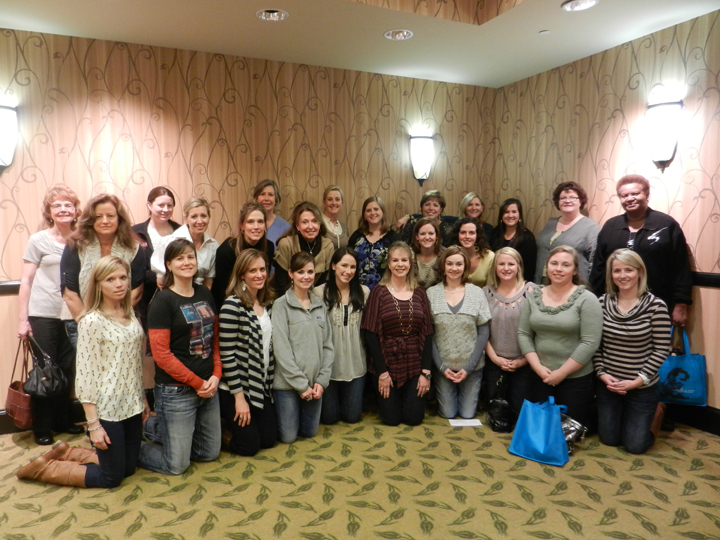 Members of the Mississippi Association of Women Dentists

These days, women make up about half of the University of Mississippi School of Dentistry's student body. But it wasn't so long ago that there were only a few female students per class, recalls Dr. Karen Crews, professor of oral oncology and behavioral medicine in the Department of Otolaryngology and Communicative Sciences.

As a student herself, Crews became president of the school's student association of women dentists. Although that student organization was short-lived, the five-year-old Mississippi Association of Women Dentists is going strong, and its members are determined to make a lasting impact on their profession statewide.

After a two-year fund-raising effort, the group recently reached $100,000 in pledges to establish the first endowed lectureship at the School of Dentistry.

"One of the things that we wanted to do as an organization was to have a positive impact in the community where we held our annual meetings," said Crews. "We always donate to a local charity, wherever we are," including the Tupelo-based Tree of Life Health Clinic for the uninsured and the Mustard Seed in Brandon, a nonprofit community for adults with developmental disabilities.

But they also wanted to do something that would impact the future of the profession by benefiting current dentistry students, Crews said. That led to the idea for the lectureship.

"That way, we felt like we were not only investing in the future dentists of Mississippi but also bringing something to the table for our colleagues."

Crews said Dr. Mindy Austin of Tupelo was the driving force behind started MAWD and was the organization's first president. All MAWD members deserve credit for making the idea a reality, she added. About $70,000 of the entire pledged amount has been raised, and almost all of that has been donated from within the group.

"We have young women who've just been out of dental school one and two years who've pledged $1,000, which is a lot of money when you're right out of school and you're paying back school loans," Crews said.

Dr. Andrea Elenbaas of Gulfport, current MAWD president, said she joined the organization three years ago to enjoy the fellowship of other women dentists in the state and to develop professionally. A 1996 graduate of the SOD, Elenbaas is planning the next annual meeting, which will be held on the coast.

"One of my personal goals for the association is to bring membership up," she said. "And I'm doing that by contacting women dentists around the state and showing them the benefits of MAWD and staying current with the cutting edge of our profession."

Elenbaas said the sooner they raise the rest of the funding, the quicker they can select the first speaker.

"We currently are developing a web site for our organization. It is going to be a great source of information for our members," she said. "We are even going to have a link where people can contribute to the lectureship directly from the web site through Paypal."

The web site should be operational by June.

Crews said they plan to keep growing the endowment beyond $100,000. Five percent of the fund will pay for each event, so the higher it grows, the larger the projects it can support.

"The lectureship is not about women. It's about dentistry," she said. "This is a great way to impact not only dentistry but also students. And if it broadens their knowledge, it will impact patients as well."

The endowment fund is open to accept contributions from individuals and organizations by visiting https://givenow.umc.edu or by contacting Kay McRee at 601-984-2300 or kmcree@umc.edu.