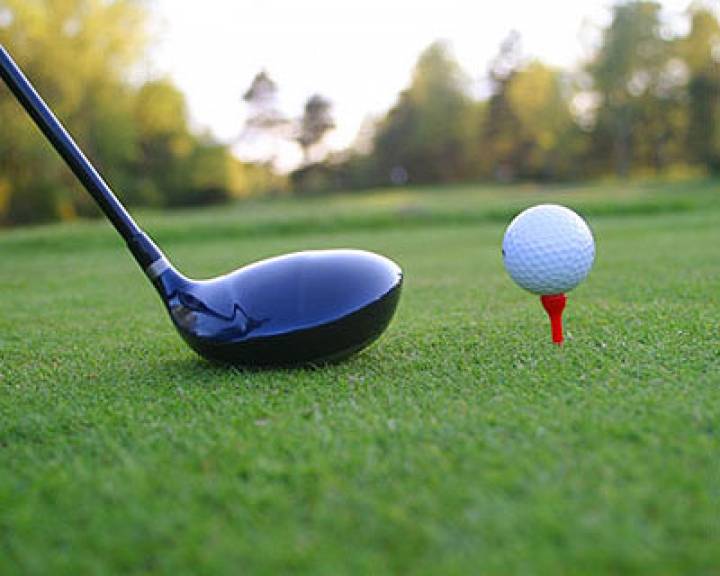 Among the players was Mike Worsham, a pharmacist at Baptist Memorial Hospital in Collierville, Tenn., returning to campus to attend the 30-year reunion of his pharmacy class, which was part of Pharmacy Weekend activities. The tournament provided a great opportunity to visit with “old pharmacy professors and old friends,” said Worsham, a 1980 graduate.

“This was my first time to play in the tournament,” Worsham said. “It was a good day. I really liked the course, and that proceeds are going to scholarships. That’s a good use.”
The 2011 tournament will again be part of Pharmacy Alumni Weekend, set for March 25-26. Besides the golf tournament on March 25, weekend events include the dean’s reception, annual alumni and friends breakfast, awards banquet and reunion dinner, and continuing education program.

Prizes for tournament winners abound. There are gift certificates for the tournament champions and prizes for winners of several contests, including longest drive, putting and closest to the pin.

Last year’s championship team was sponsored by the Mississippi Independent Pharmacies Association and included Robert Salmon of Charleston, a 1967 pharmacy graduate who owns Southern Discount Drugs and The Diabetic Shoppe.

“I don’t know what happened,” said Salmon, grinning. “Ours was the oldest team, but we won anyway.”

Salmon’s Diabetic Shoppe, a mail-order business that ships supplies all over the country, was a hole sponsor of last spring’s tournament.

“I love to play, and the university’s course is gorgeous,” he said.

Student teams representing their pharmacy classes compete for the tournament’s class champion honor, which includes a trophy that resides in the student lounge in Faser Hall. Each year, the winning team members’ names are engraved on the trophy.

Anyone wishing to learn more information on the golf tournament should contact Scott Thompson in Alumni Affairs at 662-915-1878 or thompson@olemiss.edu.