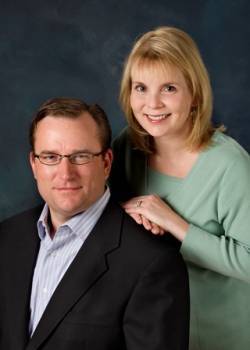 In his second year of pharmacy school at Ole Miss, Stan Williams remembers walking into associate dean emeritus Joe McCaskill’s office. Williams was paying his way through school and had simply run out of money. When he told McCaskill about his situation, McCaskill pulled out his checkbook and wrote him a $200 check, right then and there.

“He said, ‘Son, you pay me back when you can,’” Williams remembered. “I just can’t begin to tell you how much that meant to me.”

Though the initial loan was repaid long ago, Williams has been working hard to give back in other ways to the university and all those who helped him along the way. And his love for Ole Miss isn’t just lip service. Although the Gulf Coast native attended LSU (and, yes, he does cheer for the Tigers), his heart and soul are in Oxford.

Williams returns often to campus to catch up with old friends and professors, attend football games, and mentor pharmacy students. He has served on the School of Pharmacy’s Board of Advisers for 10 years. Williams gives to the Galen Order every year and has done so since he graduated. And as a recent show of support, he pledged a $1 million life insurance policy to the School of Pharmacy. “Hopefully they won’t need it anytime soon,” Williams joked.

“There are so many people that don’t look back after graduation, and I have never really understood that,” Williams said. “I got a great education from Ole Miss. It helped launch my career.”

That career, not surprisingly, was helped along by Marvin Wilson, associate dean for academic and student affairs and professor of pharmacology.

Wilson encouraged Williams to apply for a competitive internship with Eli Lilly and Co. Out of 250 applicants, Williams got the job. That summer internship completely changed his career plans. Instead of working in a retail pharmacy, Williams decided to go into industry.

Williams credits Wilson, along with the rest of the School of Pharmacy faculty, with his successes.

“Ole Miss has a great faculty; they really care about the students,” Williams said. “They go the extra mile and make themselves available for extra help. You really don’t see that at large universities.”

Recently promoted as a director of sales for the central United States in Abbott Vascular’s Endovascular Group, a division of Abbott Labs, Williams also has worked for the American Heart Association, Quantum Health Resources, and Eli Lilly and Co.

He lives in Fort Worth, Texas, with his wife, Carol, a pediatric dietitian at Cook Children’s Hospital; daughter Maggie, 8; and son Jack, 5.  When asked why he gives back to Ole Miss, Williams commented, “Life is all about a strong family, good friends, and never forgetting where you came from.”