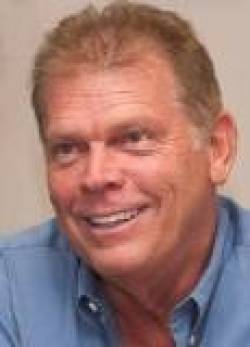 Nationally known inventor Elwood "Woody" Norris has always been fascinated by sound. So when he heard about the many research projects under way at the National Center for Physical Acoustics at the University of Mississippi, he wanted to help.

His gift of $100,000 from the Elwood and Stephanie Norris Foundation to the center will provide funding for research and development of ideas not eligible for federal funding, said NCPA Director Hank Bass. One concept being considered is very high-amplitude, high-quality sound delivered over large distances.

"We are so grateful for this very generous gift from Woody and Stephanie Norris," Bass said. "We plan to use the gift to initiate research projects for which there is no external funding but which might lead to advances in a commercial product. At this time, NCPA has little investment capital to initiate research in areas not of specific short-term interest to a federal sponsor. This gift helps to bridge that gap, and we couldn’t be more thrilled."

NCPA is dedicated to the study of sound and maintains research programs in many areas of physical acoustics. It also provides coordination of major, multi-university research programs in the United States, serves as an advocate for physical acoustics to federal agencies and other organizations, and provides direct research assistance to investigators throughout the world. NCPA serves as the Physical Acoustics Archives for the Acoustical Society of America and coordinates the biennial Physical Acoustics Summer School.

"Research is integral to the life of a comprehensive university," said Alice Clark, vice chancellor for research and sponsored programs at UM. "This wonderful gift from the Norris Foundation will help the National Center for Physical Acoustics better serve the people of Mississippi."

Growing up in Barrelville, Md., Norris became intrigued by sound when he started tinkering with broken radios. He remembers begging them off local repair shops just to see if he could fix them.

"You know how some people can play the piano, they just pick out notes?" Norris said. "I’ve always had that ability with electronics, and I know rudimentary things about circuits just intuitively."

His fascination grew when he studied basic electronics in the U.S. Air Force, where he worked with radar and electronics used to trigger atomic and hydrogen bombs. Then it was on to the University of Washington, where he got a job repairing electronic equipment.

Norris holds patents to 47 of his own inventions, including HyperSonic Sound, which enables sound to be targeted to an individual listener; a transcutaneous Doppler system; and an ear-mounted speaker/microphone device. He still loves tinkering and inventing, and most days he can be found doing just that in his office in Poway, Calif., just north of San Diego.

In 2005, Norris won the $500,000 Lemelson-MIT Prize for Revolutionizing Acoustics, the largest single cash prize for invention in the United States, which is awarded to an individual who demonstrates remarkable creativity and a proven commitment to inspiring others. Norris used some of his winnings to start a foundation to aid struggling independent inventors.

"We’re living in the age of an explosion of knowledge," Norris said. "I’m interested in everything. All these things that people never thought of before are coming to the forefront. People need to be encouraged to go out there and pursue the fields that will help them create the wonderful things they are capable of achieving."

For more information on research programs at NCPA, go to

http://www.olemiss.edu/depts/ncpa/. For more on giving to Ole Miss, go to