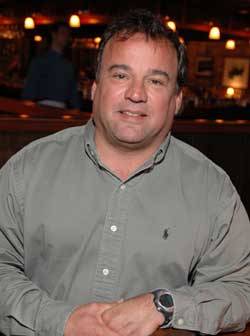 Since 2003, Jim ‘N Nick’s Bar-B-Q, a rapidly-expanding, 15-location family of restaurants based in Birmingham, Ala., has been a key underwriter of the Southern Foodways Alliance, an institute of the Center for the Study of Southern Culture at the University of Mississippi.

This summer, Jim ‘N Nick’s co-founder Nick Pihakis shared with the SFA his plans for expansion. Along with growing his family of restaurants, he will grow his support of the Southern Foodways Alliance.

Pihakis said he wants to make sure the organization thrives. “Documenting Southern food culture is important work. And as we expand we don’t want to lose touch with our roots,” he said.

As Jim ‘N Nick’s expands, the company is poised to be an ambassador for the Deep South. One look at the Jim N’ Nick’s menu of pulled pork, pimento cheese, collard greens, and pecan pie, and you know that their sense of place and palate remains strong, that they will do their region proud.

Jim ‘N Nick’s has pledged to donate $2,500 per restaurant per year to the SFA. As they add locations in Alabama, Georgia, North Carolina, South Carolina, Tennessee and Colorado, their tax-deductible contribution to the SFA will grow. For 2006, with 18 restaurants operating, that annual donation will top $40,000. For 2007, as Jim N’ Nick’s adds restaurants as far west as Denver, that annual total is forecasted to be as high as $60,000. By 2008, the annual contribution should top $100,000.

Of the company that the Birmingham Business Journal named one of the “Outstanding Entrepreneurs of 2005,” Edge said, “They believe deeply in our mission and have found an innovative way to support us. Their gift humbles us.”

For a roster of current Jim ‘N Nick’s locations, go to www.jimnnicks.com. For more information on the Southern Foodways Alliance and its oral history work, visit http://www.southernfoodways.com.