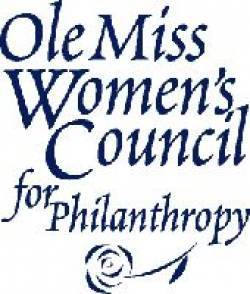 Dinner conversations at the home of Rosa Healy Hester and William E. “Slew” Hester, Jr., of Jackson were monopolized by lively discussions on current events. Education and knowledge were not only to be admired but also to be attained.

“Mother and Daddy emphasized excelling in school,” said attorney and Ole Miss graduate Kathryn Healy Hester, the couple’s daughter. “Studying hard and good grades were essential in the Hester household. Although my dad was best-known outside of the family as a oil man, tennis player, and president of the U.S. Tennis Association, around our home he was known as a task master when it came to his three children’s earning good grades.”

Because of the values her parents passed on to her and because of the positive experiences she enjoyed at Ole Miss, Kathryn Hester has established two Women’s Council scholarships.

“Both of my parents believed that I could do anything that I wanted to do—that there were no barriers so great that they could not be hurdled with hard work,” Hester said. “They gave me the foundation for ‘hurdling’ by insisting that I obtain a good education.”

One of the two Hester scholarships is designated for liberal arts students. “Liberal arts is most helpful in creating the whole person—someone who can think outside the box or in many different boxes, and someone who can capitalize on versatility, change with the times,” said Hester, who credits her  liberal arts background to allowing her to be “many things in life: a French teacher, computer specialist, and fiscal analyst.”

Hester, who returned to Ole Miss for a law degree, is a shareholder in the law firm of Watkins Ludlam Winter and Stennis in Jackson.

“I was fortunate to have several scholarships during law school, and I hope that the Women’s Council scholarships will enable other students to have as broadening—and indeed exhilarating—an experience as I had as a student and as a I continue to have as an alumna of this great university.”